The Pantry Primer: Building Your Pantry on a Budget with Home Canning 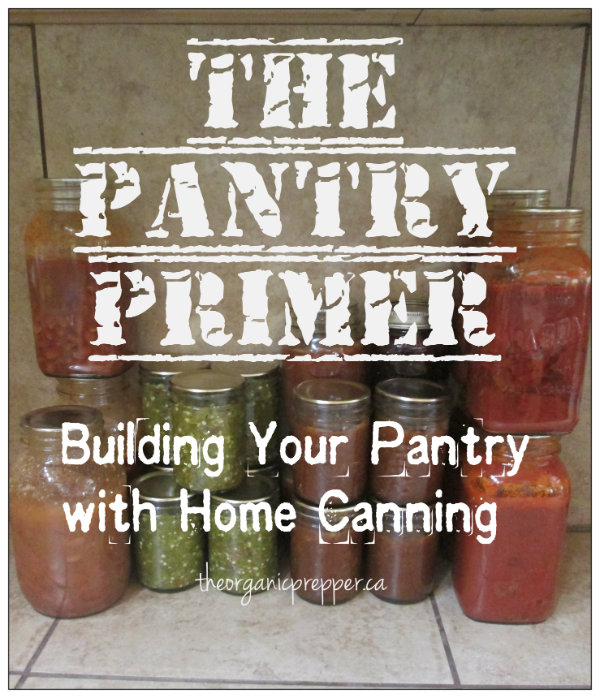 One of the best ways to build your healthy stockpile is to preserve local organic foods when they are in season.  My favorite way to do this is canning.

When you can your own food, you can make delicious entrees and side dishes that can be served as quickly as you can boil water – and the best part of all is that you know exactly what is in those shiny jars. (See The Canning Manifesto to read more about why I choose to can so many foods!)

Making home-canned foods can be a great way to cost-effectively build your pantry for several reasons:

When my daughter eats a biscuit with jam, I know that it only contains organic peaches and sugar. There are no GMOs lurking, no High Fructose Corn Syrup, and no artificial colors and flavors.

You can get a lot of bang for your buck by home canning. I recently canned some “meals in a jar” – check out what I spent:

If you were to purchase those items in grocery store cans you’d be spending far more money for far less quality.

This week I have been concentrating on building my pantry with home-canned goods.  I’ve made:

I made all of the above for about $35 not including snap lids and spices, which only add nominally to the cost. 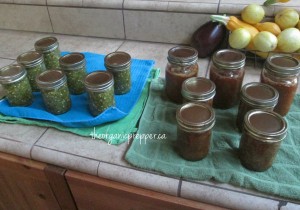 Here are some helpful links:

Go HERE to find tons and tons of my canning recipes and how-tos.

Go HERE to learn about pressure canning (a necessity if you are canning anything besides fruits, salsa, pickles, and jam).

Go HERE to learn how to sanitize your jars.

Go HERE to learn how to adjust for the altitude where you live.

Also, check out these great websites for more canning ideas:

If you have any questions about canning, please don’t hesitate to ask – canning one of my favorite things to do and I could talk about it endlessly! 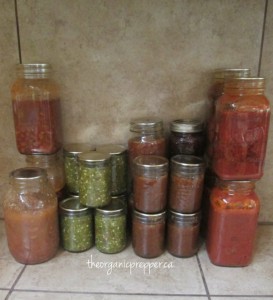 Want to learn more? My new book is now available!

Lots of us like to have hard copies of information that we’ve found helpful.  Because of this, I’ve expanded on the information included in this series and put it all in one handy primer, available on Amazon. 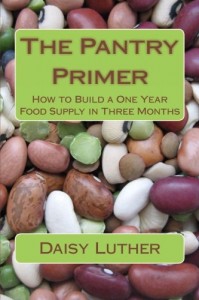