Even Though the Suez Canal Is Reopened, It Could STILL Cause Catastrophic Supply Chain Damage 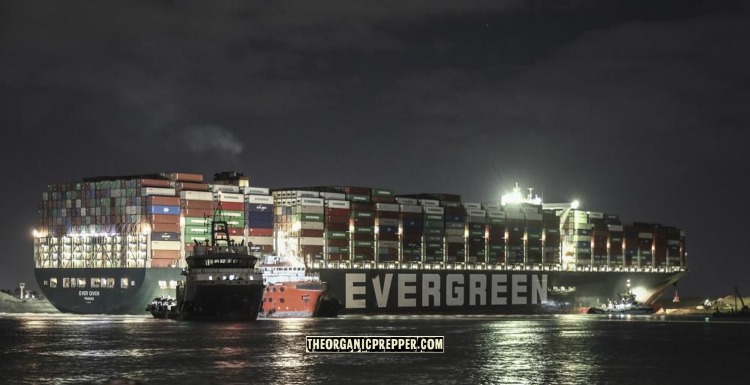 As of right now, the Suez Canal blockage seems only to be a human interest story. Some readers watching the story of the grounded sky-scraper-sized Ever Given container ship may find it comical and curious. Surely you’ve seen the many memes circling the internet? 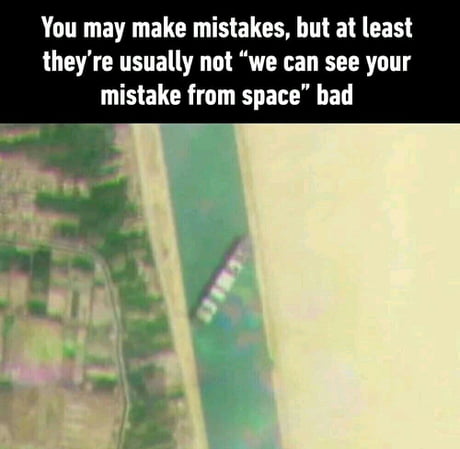 Only a few understand the ramifications if the vessel isn’t dug out and freed very soon. But the Suez Canal blockage could very well become an issue at the checkout counter.

UPDATE: The canal has reopened at 10 this morning after being blocked for nearly a week. Hundreds of vessels remain backed up and passage will hopefully resume later today. Due to the massive delays and just-in-time shipping, the facts of the article remain pertinent.

Lloyd’s List has estimated the wait is costing about $9.6 billion per day

Before the Ever Given ship was grounded, approximately 50 vessels a day sailed through the narrow Suez Canal, which amounts to roughly 10% of global trade. These vessels carried everything from electronics to chemicals, ore, petroleum, and food.

With the ship being lodged sideways in the canal, there are virtually no alternative routes for shipping goods from Asia to Europe. Much of that cargo is simply sitting idle. It is either currently waiting to cross the canal or stuck in port. Owners and shippers are left wondering what to do. Do they place bets the channel will reopen soon? Or choose more costly and time-consuming alternatives?

Potential severe ramifications for the supply chain are looming

Because of the lockdowns, restrictions, and shutdowns related to COVID, global supply chains are already reeling.

“This is just one more challenge to the supply chain operations that we’re seeing across the board,” Jonathan Gold, Vice President for supply chain and customs policy with the National Retail Federation, said. “[We are] already seeing congestion and other things impacting the supply chain. This is one more thing that adds to that.”

A prolonged shutdown in Suez will only amplify those troubles. Europe would suffer the most significant blow as it relies mainly on transfers through the canal. But, given the unfortunate globalized economy, the United States will feel the effects as well.

What do companies caught in the congestion have to say?

Jennifer Bisceglie, an expert in global supply chain resilience and founder and CEO of Interos Inc., believes that it’s time for companies to consider “having more disparate [supply hubs] instead of having all our eggs on one cargo ship.”

“These things can’t be looked at discretely,” said Bisceglie. “Last year, you had this big wake-up call of the concentration risks of the physical supply chain from COVID, and then you had this on top of it.”

Maersk told NPR that it was not committing to rerouting any of their ships at this time because it was too early to do so.

The company stated, “while out of our control, we apologize for the inconvenience this incident may cause to your business and for critical shipments.”

“[We] recommend that you reach out to your local sales representative for dialogues and quotations on alternative solutions, such as air and rail for urgent cargo that is still at origin or elsewhere,” it said.

What will this mean for the cost of shipping, operating costs, and oil prices?

Mostly, it will depend on how long the ship remains stuck and how quickly the other ships can catch up on their deliveries.

“[A] few days might not have a meaningful impact,” said John Kartsonas of Breakwave Advisors, a company that specializes in asset management and advisory services for the shipping and commodities industries. But he added that if the situation takes weeks to resolve, it is likely shipping rates will start to climb. More days at sea means ships are burning more fuel. That means operating costs will also start to rise.

In his letter to clients, Roach also noted problems at the Suez Canal could disrupt the flow of containers. A trade imbalance between Europe and Asia means that filled containers going west return mostly empty to ports in the east to be refilled. “If empty stocks dwindle in Asia, there is the short-term possibility of an increase” in prices, Roach wrote.

Insurance is another consideration. If costs are passed on to the insurers, the insurers will respond with a spike in insurance premiums and thus an ultimate increase in consumer prices. Oil prices are also of great concern. Shipping rates for petroleum products have nearly doubled since Ever Given’s grounding.

“If the Suez Canal remains blocked for more than a few more days or over a week, we could likely see some disruptions in oil flows between the Middle East and Europe that could impact price globally,” said Patrick De Haan, the head of petroleum analysis at GasBuddy.

“But it should not hamper flows of oil to North America,” De Haan said. “At worst, if the issue continues, if oil prices do see a sustained rally, the blockage could have a small and limited impact on gas prices, likely no more than a few cents per gallon on average.”

Are you ready for excessively high costs for just about everything?

Currently, Americans are living with limited options. The strain on the supply chain is showing up in grocery stores, clothing stores, hardware stores, appliance stores, and places like Walmart and Target. The mainstream is already warning of another impending toilet paper apocalypse (Get prepared with these alternatives.) Now, add the Ever Green grounding and globally, we will likely see the cost of fuel prohibitively high. We may also see the price of small luxury items and food so high only those who have benefited from globalization and the world oligarchical system will be able to afford them.

Are you stocking up on anything in particular in response to the Suez Canal crisis? Do you foresee any particular issues that others may not have considered? Let’s talk about it in the comments.