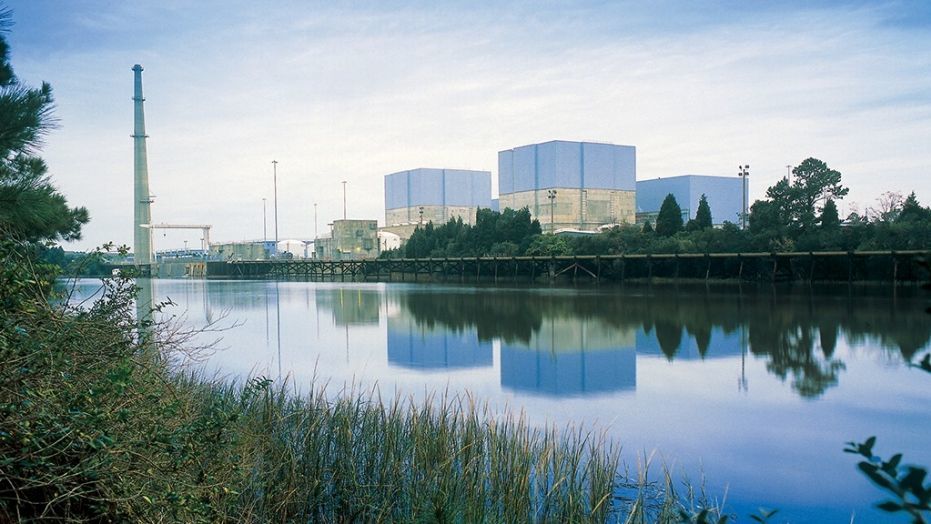 A “state of emergency” has been declared by the staff at Brunswick Nuclear Plant in Southport, North Carolina. Few details are available at the moment, but the emergency is currently classified as “an unusual event” due to flooding from Hurricane Florence. If it’s any comfort, the classification of “unusual event” is the lowest emergency classification in the nuke world.

The official filing with the NRC states:

“A hazardous event has resulted in on site conditions sufficient to prohibit the plant staff from accessing the site via personal vehicles due to flooding of local roads by Tropical Storm Florence.”

Some of the employees have been there since last Wednesday.

The flooding of roads and downed trees prevented fresh crews from relieving the nearly 300 Duke Energy workers and NRC “storm riders” who have been on site for days. And the blocked roadways would make it impossible to evacuate the 10-mile emergency evacuation zone around the site if a higher level of emergency were declared, Ledford said…

…One of the “storm riders” at Brunswick is Daniel Bacon, whose regular job is senior operations engineer out of the NRC’s regional office in Atlanta. Bacon said he’s been “locked down” at Brunswick since Wednesday, but the local Duke Energy employees who live in the area may have arrived on Thursday or Friday.

Reached by phone Monday, Bacon said the workers are sleeping on cots and using portable toilets because the water is currently shut off and the toilets can’t flush.

Bacon said there is limited access to the plant, and some workers have been able to leave the site and check up on their homes nearby. After the storm passed some drove to a Walmart in Southport to stock up on provisions.

On Monday morning, a shipment of food arrived by helicopter, with another helicopter delivery expected Monday afternoon, Bacon said. Off-duty security workers cooked up a hot breakfast of pancakes, scrambled eggs and bacon.

“It’s kind of like camping,” Bacon said. “Everyone is handling it very well. I haven’t heard any complaining.” (source)

As mentioned in the primary report, this incident is the lowest level of nuclear emergencies. The Nuclear Regulatory Commission has assured the public that there is no threat.

…the plant is stable and poses no threat to public safety.

The floodwaters have not entered the facility and have not been exposed to equipment.

There is limited access to the plant and some workers can leave the site.

At this point, I’m feeling optimistic, but I still urge caution for those who live in the area.

…the twin-reactor nuclear plant is stable and poses no threat to public safety, as floodwaters have not entered the facility or threatened any important equipment.

The plant can be accessed by one route due to floodwaters, but since there are not multiple routes available, the plant was placed under an “unusual event,” according to Ledford. A spokesperson for Duke Energy told Fox News the plant “remains safely shut down,” after shuttering operations before Florence’s hurricane-force winds arrived.

The spokesperson added that there is no flooding on the plant site, but the area is not fully accessible at this time. Some employees who live locally have been able to leave the nuclear plant and check on their homes, while others have made trips to local stores for supplies, the spokesperson added. (source)

Duke Energy’s Brunswick nuclear plant, about 30 miles south of Wilmington, has declared a state of emergency as the 1,200-acre complex remains cut off by flood waters and is inaccessible to outside personnel.

The twin-reactor nuclear plant, located 4 miles inland, is stable and poses no threat to public safety, Ledford said. The facility has off-site electricity from the power grid to cool the nuclear reactors and radioactive nuclear waste at the site.

Flood water has not entered the facility and has not exposed critical equipment to risk. (source)

The NRC spokesman assures the public that there’s no need to panic. “The plant is safe. The reactors are in hot stand-by mode 3 shutdown.”

I sincerely hope we aren’t looking at our own Fukushima-style disaster.

How do you prepare for a nuclear plant emergency?

I have not specifically researched nuclear emergencies that occur from industrial accidents but for the time being, my suggestion is to learn what you can about radioactive events. If I lived in the area, I would prepare in the same way that I would for a nuclear strike, less the impact of the missile hitting the earth.

Again, at this time there has been no risk announced to those who live near the Southport plant. Don’t panic but keep a close eye on this and, if you can pass through the local roads, be ready to evacuate quickly with your family should things get worse.

Right now, this is all we know.

I will update you HERE as more information becomes available.