How to Survive a Nuclear Strike 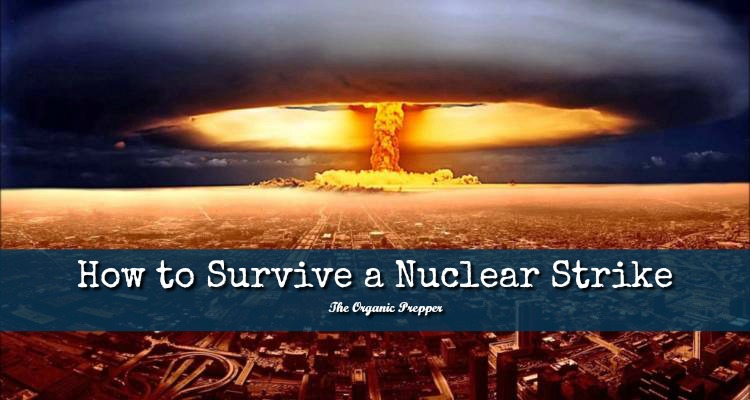 Learning what to do in the event of a nuclear strike just took on a whole new urgency now that Kim Jong Un just threatened to nuke the US.

We don’t know if Kim Jong Un actually has the capability to nuke the United States, but we do know that little dictator in North Korea is batcrap crazy. So if he actually does have the ability to hit the United States with a nuclear weapon, do you have any doubt whatsoever that he’d do it?

Last week, it was reported by numerous sources that Seal Team 6 had been deployed to do away with Kim Jong Un. At the time, I thought that seemed a little weird, because wouldn’t that be a top secret mission? Why would they actually warn Un that they were coming?

Weirdness aside, the leader of North Korea responded with an incredibly unsettling warning via his Foreign Ministry:

“The Korean People’s Army will reduce the bases of aggression and provocation to ashes with its invincible Hwasong rockets tipped with nuclear warheads and reliably defend the security of the country and its people’s happiness in case the US and the South Korean puppet forces fire even a single bullet at the territory of the DPRK.”

According to a report on SHTFplan, the Secretary of State said that Americans “patience has ended” with the antics of Kim Jong Un.

If you were one of those people who felt such a sense of relief when Trump became president instead of Hillary Clinton that you stopped prepping, you might want to rethink that. A nuclear attack could mean one of two things – a missile sent to some location on American soil or even an EMP that detonated above the country, wiping out the power grid.

If there is anyone is crazy enough to start a nuclear war, it’s this guy. He has already shown that he refuses to cooperate with the demands of neighboring countries. Even though he has to be aware that retaliation would be swift and brutal, if he thought he could get in a sucker punch, I believe he would do it.

Do you know what to do in the event of a nuclear strike?

Preparing for a strike vs. an EMP are very different. For the purposes of this article, we’ll talk about a direct strike.

Contrary to popular belief, a nuke won’t kill everyone within hundreds of miles. If you aren’t in the immediate blast radius, a nuclear strike is absolutely survivable.

If you are within 10-20 miles of the blast, the winds will be coming at about 600 miles per hour. This will take down buildings and cause a tremendous amount of pressure. Some experts recommend that you keep your mouth open to try and reduce the pressure on your eardrums.

If you manage to survive that part, you have about 10-15 minutes to evacuate the area before you are exposed to a lethal amount of radioactive fallout. It’s time to get the heck out of Dodge if at all possible. The advantage you will have is that most people will still be trying to figure out what on earth happened. The disadvantage is that roadways may not be clear due to damage from the blast.

Your other option is to immediately get to shelter.

If you take shelter, you should plan to stay there for a minimum of 9 days.

A few other nuclear survival tips:

If you are far enough out to have a bit of time, you can fortify your home to prevent much of the fallout from getting inside.

As with many emergencies, you need to be prepared to survive at home without help from anyone.

We put together a quick anthology of all our nuclear preparedness and information articles that you can get here and name your own price. If times are tough, pay as little as you like, and if you want to support the site more, pay as much as you like. This is information available on the website in an easily printable format so you can get a hard copy immediately.

Finally, print out this manual from the US government about surviving a nuclear emergency. It was written with first responders in mind, but much of the information would be applicable for us, too. It discusses:

None of these preps are completely outrageous items that you’d never use. I’m not suggesting that you go set up a bunker in an underground cavern. (Although that would be pretty cool.)  These are common sense preps that many of you may already have on hand.

Personally, I’d rather know what to do ahead of time instead of trying to figure it out after the fact when I only have 10 minutes to save the lives of my family members.