These Radicalized Rich Kids Were Arrested for Rioting. Here’s a Look at Their VIOLENT “Revolutionary Strategy” 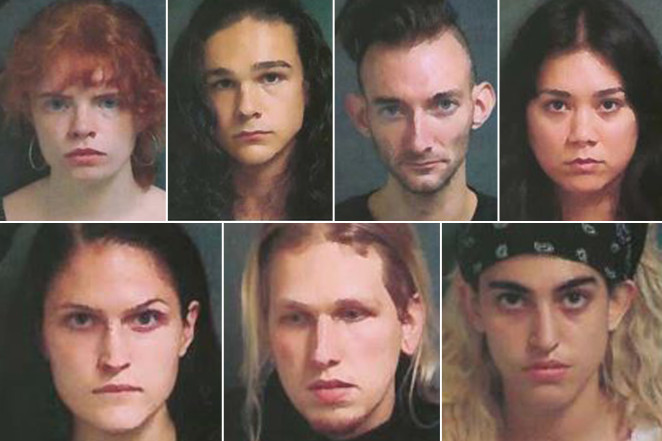 When you hear about Black Lives Matter protests taking place in New York City, you might expect those taking lead roles to be Black people. It appears this isn’t necessarily the case, and some of the worst damage and most violent ideologies are instead the products of privileged white kids who are rampaging in the streets.

Like most terrorists, these kids have been radicalized and believe in their causes. Understanding how they think is the first step toward protecting yourself and your family from people like this.

Meet Clara Kraebber, who was arrested for felony rioting and misdemeanor possession of graffiti instruments after being identified as one of the people causing more than $100,000 worth of damage during an early September window-smashing spree. 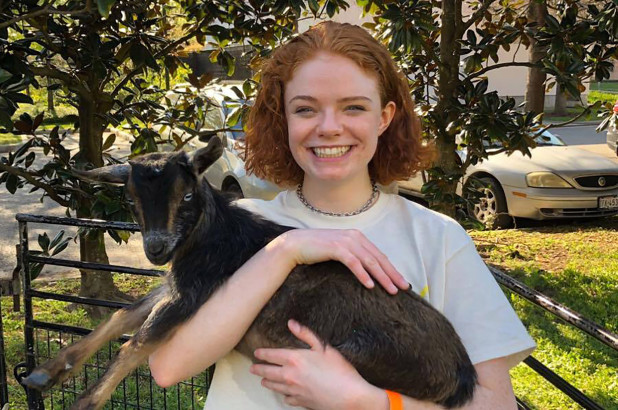 Kraebber, aged 20, is a history major at Rice University in Houston, Texas. She’s the daughter of an architect and a child psychologist and comes from a family so wealthy that they own a 1.8 million dollar co-op with river views on the Upper East Side in Manhattan, as well as a country home built in the 1730s in exclusive Litchfield County, Connecticut.

Kraebber’s mother, Virginia Kindred, runs Kindred Arch.Works, a Manhattan architect firm that has designed spaces for Columbia University and NYU, and worked on numerous school and business spaces throughout the city.

Her father is Markus Kraebber, an Upper East Side child and adolescent psychiatrist who teaches at the Columbia University Department of Psychiatry. (source)

She seems to be a prime example of a person who drank the Koolaid of the kind of misguided indoctrination many young people are facing right now.

What police found in her belongings

When Kraebber was arrested, police found dozens of handwritten pages of plans to “redistribute wealth” in what she called a “revolutionary strategy that appears to have been inspired by Soviet dictator Joseph Stalin  – whose totalitarian government has been widely condemned for overseeing mass repressions, ethnic cleansing, deportations, hundreds of thousands of executions, and famines that killed millions (source) – and Communist revolutionary Leon Trotsky. From a NY Post report, here are some of the writings found in her handwritten manifesto.

In her notes, Kraebber pointed to the “HUGE number of empty units” in “white flight apts, new luxury buildings” that and include the instruction to “study tactics of clearing buildings.”

There are repeated references to “scouts” to find vacant apartments and locksmiths to help break in, as well as the need to “prep for SWAT-style eviction efforts” through the use of movable “barricades” and “bricks on roofs as weapons,” sources said.

A page titled “Revolutionary Strategy” and dated Aug. 21 includes notes that say “Stalin — defend USSR at all costs” and “Trotsky — United front of all working class but don’t let capitalists in,” sources said.

There are repeated references to the Spanish Civil War, including an assertion that the failure of the Spanish revolution of 1936 was a “failure of leadership,” sources said.

“Some think actual revolution will be lead by more deliberate leadership,” Kraebber wrote.

Kraebber also faulted the protests over the police killing of George Floyd, writing, “Minneapolis — lots of spontaneous radical energy but no leadership.”

Her notes contain multiple mentions of “Abolition Park” — or “AP” — which refer to the anti-cop encampment that activists set up outside City Hall during the recent battle to defund the NYPD, which resulted in a total $1.5 billion in cuts to its operating and capital budgets.

“All cops are bad because they work for a system that thrives off the oppression of marginalized communities. Asking ‘what about the ‘good’ cops?’ is like asking what about the good slave masters,” according to the Abolition Park website. (source)

So to be clear, this rich kid wants to find vacant apartments and also forcibly evict residents to give the homes to others she feels are more worthy of living in them. She wants to defend this violently and has already been arrested for destroying property. And she’s awaiting trial in her family’s luxurious second home.

Her notes led the NYPD to issue a warning to police officers.

Kraebber’s violent plans led the NYPD to issue a warning to police officers about possible tactics that could be used against them.

The discovery of Kraebber’s notes led the NYPD to warn cops in a Wednesday email that they could face future incidents during which anarchists blend in with peaceful protesters to incite violence before changing into all-black clothing, sources said.

The “Officer Safety Alert” also said that anarchists could listen in on police communications and stash rocks on rooftops to hurl at cops.

In addition, the NYPD said that the homes of police brass could be targeted. (source)

During the riot, hundreds of people chanted, “Every city, every town, burn the precinct to the ground.”

About 300 people are near Lafayette and Canal in Manhattan, chanting "every city, every town, burn the precinct to the ground". pic.twitter.com/4D2uA6Z23N

She’s not the only wealthy kid who was arrested.

On Friday, September 4th, these individuals were arrested for rioting during demonstrations in Manhattan. They were part of a large group breaking storefront windows. Our investigation into this incident continues. pic.twitter.com/J1h1C2XCfh

Frank Fuhrmeister, 30, of Stuyvesant Heights, charged with rioting and possession of a graffiti instrument, is a freelance art director who’s designed ads for Joe Coffee and has also worked for Pepsi, Samsung and The Glenlivet, among other high-profile brands, his LinkedIn profile and portfolio shows.

He studied fine arts with a concentration in photography at Florida State College in Jacksonville, according to his LinkedIn, and his most recent address is a stately home on Reed Island Drive in the city’s tony Beacon Hills and Harbour Neighborhood, public records show…

…Adi Sragovich, 20, is a student at Sarah Lawrence College from Great Neck, L.I., according to police and her family….

…Before joining the protest, Sragovich was an accomplished musician who spent time performing in local theater groups and at the Sea Cliff Yacht Club, according to the Great Neck Record, which photographed her during a 2017 show.

…Claire Severine, 27, who lives in Washington Heights and was charged with rioting, appears to be a signed model with the We Speak agency who had the ability to jet between Montreal, Quebec, and Dublin, Ireland, before settling in the Big Apple to “pursue a career in acting,” according to a modeling profile with the same name…

…Etkar Surette, a 27-year-old from Brooklyn who summered in Europe as a kid, is charged with rioting and possession of a graffiti instrument.

…Elliot Rucka, a 20-year-old from Portland, Oregon, charged with rioting, is the son of famed comic book writers Greg Rucka and Jennifer Van Meter, according to his father’s online bio.

Greg penned the comic book series “The Old Guard,” which he then adapted for a Netflix film of the same name — and co-created the “Stumptown” comic series that ABC optioned into a TV show last year.  (source)

The hypocrisy of these people wanting to redistribute the wealth of others is simply mind-boggling.

Earlier this summer, Toby Cowern wrote about how the change of names from CHAZ to CHOP was extremely significant. I think we’re seeing the same pattern with these young people as we did with the Occupy Wall Street protestors.

So those young, idyllic people that were the main rank and file of that movement are 10 years older now. Those who were quite high profile students from good universities were getting behind this, what positions are they in nowadays? They’re going to be sitting at mid, or high-level management in major corporations. They’re going to have a whole other sphere of influence.

A Seattle City Council member, Kshama Sawant, was part of the original Occupy Wall Street protests and is also part of this one.

While the protest does have some loose leadership, there are few formal structures. Sawant compares the space to the “Night of 500 tents” during the Occupy Wall Street movement in Seattle in October 2011, of which she was a part. Back then, Occupy protesters were able to drive police from their space before police returned and cleared out the area where the protests took place.

Already, said Sawant, CHOP has outlasted what they were able to achieve with that Occupy action, which only lasted three days. But she said she expects police to clear the area sometime in the near future. “I don’t think that we can in any way assume that the police will not come back and specifically attack this space,” she said. “I think we should expect that that could happen at any moment, because that’s exactly what happened in Occupy.” (source)

No longer is this about wearing a funny t-shirt and waving a flag on the street and feeling the reward of being ‘part of the crowd’ anymore. These people have progressed into places that they have major corporate clout.

And that leads to funding. (source)

So we have more brainwashed, privileged kids touting communism who will one day hold positions of power. Kids with these backgrounds will be on boards of directors. They’ll hold corporate jobs. They’ll handle funds.

But I’d be willing to bet they won’t be turning over the keys to their own Upper East Side co-ops if the opportunity rolls around to reallocate property. They’ll just be coming after everyone else’s hard-earned property in the name of “revolutionary strategy.”