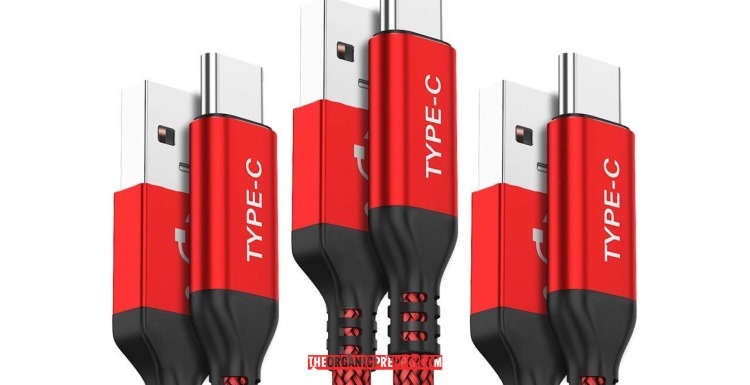 Do you have replacement accessories for electronics and computers?

Even though you may not need them now, I strongly suggest that you stock up on a few things, particularly if your work or your children’s schooling relies on these devices. My daughter went for a period of time unable to find a replacement cord for her phone. We managed to make her old cable last with electrical tape and some pixie dust.

There have been some shortages of electronics and accessories before, but there’s a potential perfect storm coming up that makes me think, as the old saying goes, “We ain’t seen nothin’ yet.”

Why do you need to buy these things now?

Shortages began to appear back during the very first lockdown, and while things looked briefly like they might be bouncing back, we’re once again facing a shortage of, well, darn near everything. Shortages of electronic components are especially worrisome and have even been deemed apocalyptic as microchips – the brain of all electronic devices – are becoming scarce. This has something to do with the shortages of appliances, too. Everything got so ‘smart’ with programmable refrigerators, cars with complicated computers, and digital washing machines that repairing these items in the future, unless this microchip thing gets under control, will not be possible.

Currently, things are still available, but I’m already noticing a few cracks in the facade. Should we have another lockdown, which many expect could happen in the fall, everyone will be desperately trying to get ahold of the electronics they need to complete work and distance learning. Which will result in…you guessed it…even more shortages.

What replacement accessories for electronics should you get?

Think about what you would need to work or educate from home. This will help you to determine the replacement accessories for electronics that you personally need.

If you think it’s almost time to update your main device, now might be the time to do it. In 2020 I had to replace a computer when mine bit the dust and couldn’t be repaired, and there were only a couple of choices available for the replacement. Both were far more expensive than my previous device. Obviously, I can’t be without a computer, so I had to go ahead and buy the pricier laptop.

The prices of laptops on Amazon have gone up, but there are still a few good deals to be had.

When you order that new device, go ahead and grab at least one spare charger. It’s always best if you can get one from the same manufacturer.

Recently, I wanted to get some spare chargers the same brand as my computer, as those usually charge better and faster. But I was unable to acquire my first choice. I waited 3 weeks for my chargers to arrive then got an email that my money had been refunded because my product was out of stock indefinitely. When I moved on to a generic charger, I bought a total of 4 to stash away because if my computer isn’t working, then neither am I.

If you have multiple different computers in the house, you can consider a few of these universal chargers with various extra plugs to work on different machines.

With Zoom becoming the go-to conference room, webcams are becoming a necessity. While you can use the camera on your laptop, you may need the higher resolution of a web camera.

This one has a privacy cover, plugs into your computer with a USB port, and is highly rated on Amazon. This one is of better quality and includes an adjustable ring light to have the perfect lighting for your meetings. You can spend as much or as little as you want on this type of equipment. Also, consider a tripod that meets your needs.

The cameras above include microphones. There are also USB microphones that can significantly improve your sound quality. Before grabbing a whole bunch of things that require USB hookups, make sure you have enough ports on your computer for what you need to plug in. Otherwise, go for products with more than one use.

I have a headset that I use when I do radio interviews. These are great because they help to block out background noise. This is a nice example that is reasonably priced, has a volume control, and has a mute button. (Trust me, you’ll use that mute button a LOT). Gamer headsets are often of the highest quality. Here’s a variety to choose from.

Is your phone on its last legs? Is it held together with duct tape and a prayer? If a phone is a necessity for you, you may want to get a new one sooner rather than later. Like many of our electronics, most of these are made in China and contain microchips galore.

Phone and other device chargers

Whatever charger your phone needs you may wish to go ahead and purchase new charging cords now. This is especially true for people who are notoriously rough on their cables. I just picked up a couple of packs so that I’d have half a dozen spares for my phone and a couple of 2-packs for my Kindle. These replacement accessories for electronics are pretty important for lots of people.

Make sure to have backup chargers for all the phones in your house. Most parents of teens will understand the necessity of this. I usually don’t promote the use of devices for kids, but with the restrictions that have been put in place, a lot of young people are finding that their entire social life takes place on their phones through various apps.  The isolation for many is bad enough without cutting them off digitally, too.

What other replacement accessories for electronics and devices are you putting back?

Those who don’t have school-age children or who don’t rely on their devices for their income may find this article frivolous. But those of us who have a legitimate need for our electronics (otherwise, we can’t make a living) will understand the vital importance of replacement accessories for electronics. As well, our society is becoming ever more digital, with purchases and orders placed online.

Honestly, this is not a prepper list I ever thought I’d write. But here we are. Not all disasters mean we’ll be without the grid.

Are you buying any replacement accessories for electronics or any new devices? Did I miss anything important on this list? Share your thoughts in the comments.

Daisy is the best-selling author of 5 traditionally published books, 11 self-published books, and runs a small digital publishing company with PDF guides, printables, and courses at Learn.TheOrganicPrepper.com You can find her on Facebook, Pinterest, Gab, MeWe, Parler, Instagram, and Twitter. 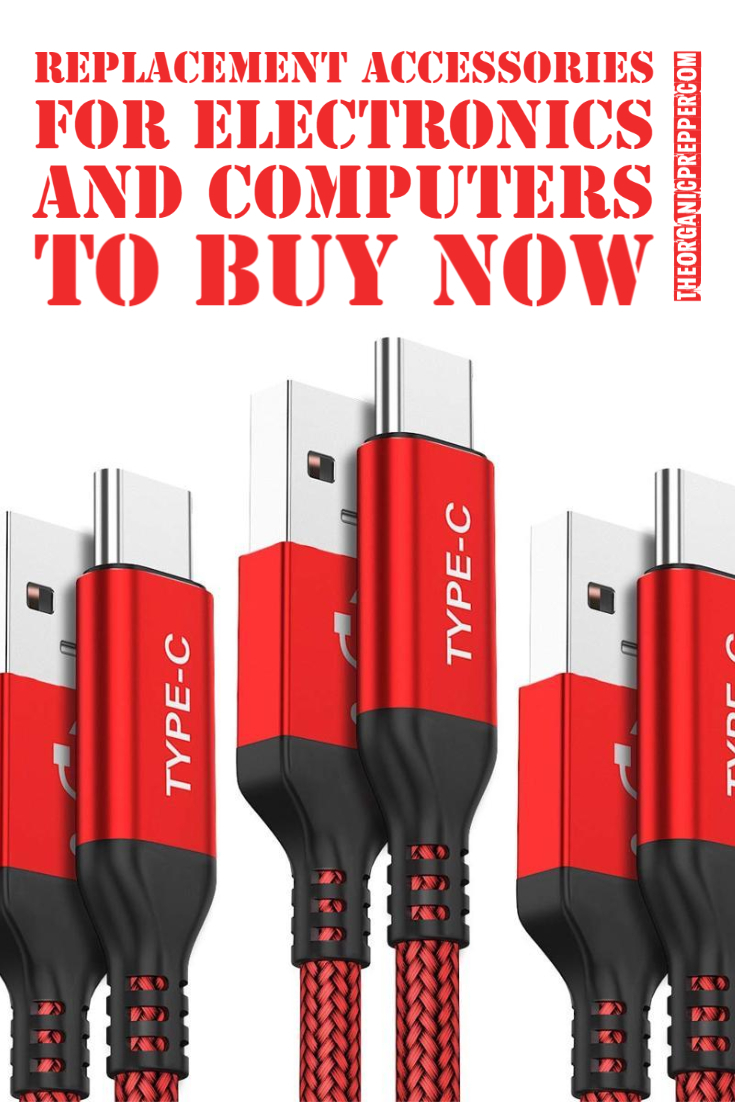