Looking for Some Post-Apocalyptic Fiction? Check Out G. Michael Hopf 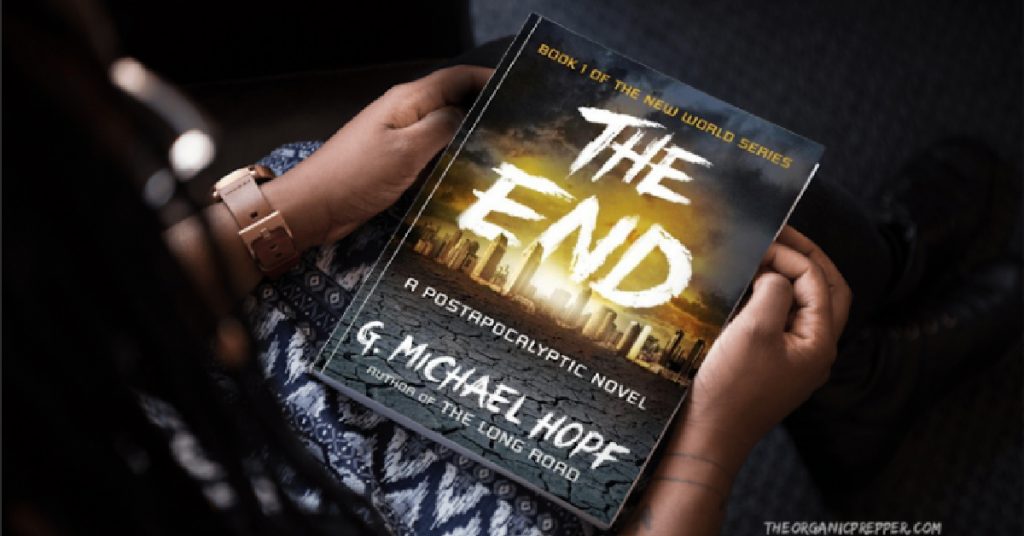 If you’re anything like me, you’re always in search of more post-apocalyptic fiction. I’ve recommended quite a few books that I’ve enjoyed. I loved the books by A. American, L. L. Akers, and Boyd Craven.

Now I have another author for you to check out: G. Michael Hopf. And the best news of all? He’s very prolific so if you enjoy the first book, there’s lots more to read.

One of my favorite books by Hopf is The End. I read it when I was in Bosnia last spring and enjoyed it thoroughly. Too thoroughly, really – I was up late reading because I simply couldn’t put it down. It grabs you from the first page and doesn’t let go until you run out of book.

The interesting thing about The End is that it’s the beginning. It’s the beginning of a great series about the lights going out. I know, I know, all the prepper novels are about that these days.

A man fights to protect his family in this postapocalyptic survival novel—the first in the New World series.

Young Gordon Van Zandt valued duty and loyalty to country above all, so after 9/11, he dropped out of college and joined the Marine Corps. This idealism vanished one fateful day in a war-torn city in Iraq. Ten years later, he is still struggling with the ghosts of his past when a new reality is thrust upon him and his family: North America, Europe and the Far East have all suffered a devastating Super-EMP attack, which causes catastrophic damage to the nation’s power grid and essential infrastructures. Everything from cell phones to cars to computers cease to function, putting society at a standstill.

With civilization in chaos, Gordon must fight for the limited and fast dwindling resources. He knows survival requires action and cooperation with his neighbors, but as the days wear on, so does all sense of civility within his community—and so he must make some of the most difficult decisions of his life in order to ensure his family’s safety. (source)

This character is a former soldier who served in Iraq. He lives in an idyllic part of Southern California with a beautiful wife and 2 lovely children. He has a gorgeous home in an upscale subdivision. He’s living the American dream.

That is, until it turns into the American nightmare. A Super-EMP strikes the United States and it doesn’t take long for all hell to break loose. But Van Zandt is ready. He reverts to warrior mode immediately.

Throughout the book, there are times when I think, “No, don’t do that!” when Van Zandt takes a particularly bold or violent action. But that’s the point. He doesn’t hesitate. He makes the hard decisions. He’s able to pull the trigger on plans, both figuratively and literally.

This book has some extremely plausible scenarios. It doesn’t seem far-fetched. It is a study of human nature and a realistic portrayal of how desperate people will do desperate things.

There are lessons to be learned.

I think we preppers can take a lesson from this willingness to act. We all have our supplies. We all have plans and think about how we will harden our homes and defend our families.

But when the rubber meets the road, will we actually be able to do it? The thing we can learn from Van Zandt is that decisiveness itself is a survival skill. While I might disagree with some of his methods or actions, I can’t fault his end results. And in a survival situation, it’s the end result that matters – keeping your family together and alive.

It gives you a lot to think about – what would you do if you were in Van Zandt’s shoes? Would your plan be as effective as his?

Who is the author?

G. Michael Hopf is himself a veteran of the US Marine Corps who lives in idyllic Southern California. It’s difficult to imagine that he isn’t drawing upon his own experience and training to bring Van Zandt to life.  Hopf writes not only post-apocalyptic fiction but also westerns.

One of the things I like best about him is that he’s not afraid to write a standalone book in a series world. Sometimes the story can be best told in one volume, no matter how much we love and relate to the characters. Here’s a list of his books. (You can find links to all of them here.)

I know you’ll enjoy these books.

I haven’t gotten a chance to read all of Hopf’s books yet but I’ve read the New World series and Hope: Going Home and have others loaded in my Kindle for that spare moment I’m going to get one of these days. G. Michael Hopf is a powerful writer who knows how to tell a gripping story. He doesn’t shy away from the hard stuff or the dark topics. He doesn’t gloss over the pure ugliness of SHTF.

You’ll notice an evolution of his storytelling skills as you read his books – I think all writers do this. I know that when I go back and read the things I wrote early on when this blog was on a free website compared to the more in-depth pieces I write now, there’s quite a difference. I saw the same thing with this author. He started off really good – particularly with regard to character development – and grew to be even better.

Go here to check out The End – it’s a great introduction to Hopf’s books. Let me know what you think about Gordon Van Zandt, too – do you think his decisions are the best ones or do you think he’s a little too quick to act? We’ll have a great conversation in the comments, but no spoilers, please. 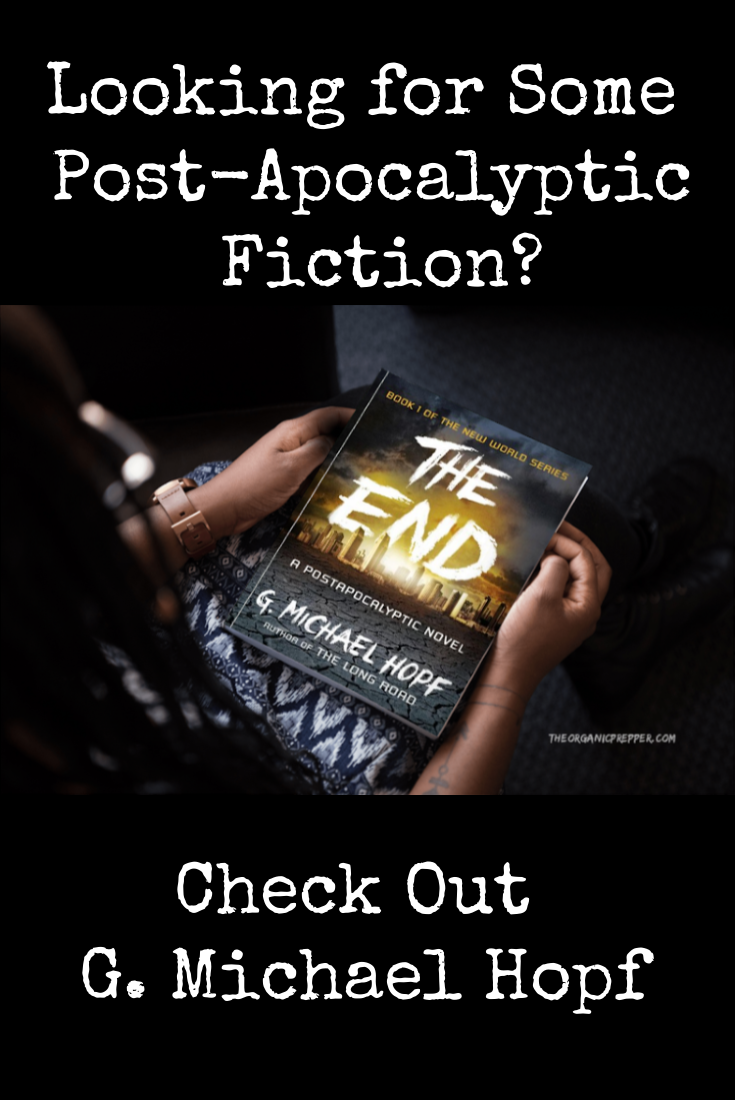