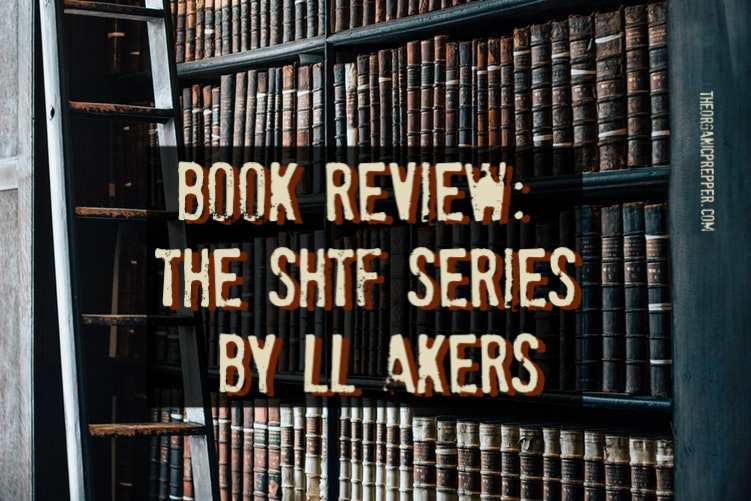 Looking for prepper fiction? It’s my favorite genre but man…not all of it is my cup of tea. Luckily for me, I found LL Akers’ SHTF series.

I read Fight Like a Man, the first book in the series, on an overseas flight and I didn’t get a wink of sleep – I was engaged by page one. Here’s the synopsis from Amazon.

As a prepper, Grayson Rowan was prepared for almost anything; anything other than being totally alone when the sh*t hits the fan.

While he sat back and watched the United States rattle swords with Korea, play chicken with Russia, and strong-arm China, he felt sure if the lights went out, that he and his family would be ready and safe–whether it was due to a natural disaster or a man-made event. They had everything they needed at their homestead.

What he wasn’t prepared for, was his family not being home if it ever happened.

Olivia Rowan is with her sisters, Gabby and Emma, on a girls-only trip to Myrtle Beach. When chaos erupts and there’s no gas, their journey home is a nightmare, filled with predators and danger–and apparently, Olivia hadn’t learned a thing her husband tried to teach her.

When your neighbors run out of water and turn on each other, what will you do?

Jake, a country boy mechanic, never believed in TEOTWAWKI, but he’d heard his brother-in-law preach about it many times. He knew what to do; but he didn’t prepare. He lazily left it all up to Grayson–he was the prepper after all. When catastrophe strikes, will he continue to keep his head stuck in the sand while his clueless neighbors destroy each other, and his wife is stuck out on the road; or will he stand up and fight like a man?

And if you’re alone? Bug in or Bug out?

Graysie Rowan, a freshman at University, just wants to go home. When no word comes from the government, and the state capital is overrun with looters, chaos and mayhem, the college administration puts the students on lock-down. But her dad, Grayson, had prepared her for this. Now, if she can only remember what it was he said to do…

If they want to survive this post-apocalyptic event, they’ll all have to learn to fight like a man.

The end came not with boots on the ground, nuclear weapons or an EMP. It snuck in with a quiet clatter at the back door and flipped the switch, covering the states in darkness and sending this family on three divergent paths that ultimately lead home. When they collide in this surreal and gripping family drama, it won’t be without bullets and bloodshed. (source)

Here’s what I thought of the book.

The characters are realistic

As the characters were introduced in the book, I found myself nodding in recognition. We all know a Grayson, a Gabby, and an Olivia, not to mention the other members of the cast. Nobody is so noble it makes you sick, and 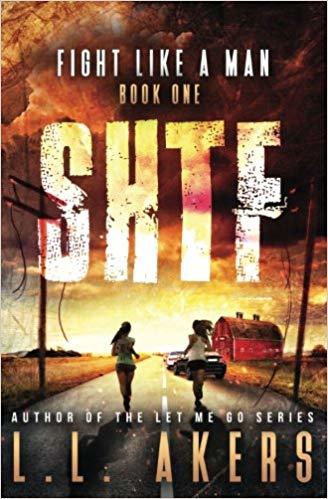 everyone makes errors in judgment – as would we all in a highly charged situation.

The dialogue, thank goodness, is realistic too. My pet peeve in disaster fiction is when the whole world is falling down around the characters and they say, “Oh my goodness” or “gosh” or “darn, I forgot that lifesaving thing at the last campsite, how silly of me.”

If we’re honest, I think we can all admit that an occasional swear word will be dropped when the SHTF, right? So if we want the rest of our dystopian fiction to be realistic, it’s kind of silly to have the hardened Marine say, “gee willikers.”

All this being said, the book is definitely not loaded with profanity – but there is an occasional swear word where it’s appropriate.

This is a book that will appeal to both men and women readers. There is plenty of tactical stuff and male protagonists who are focused on homestead security. At the same time, there’s a simultaneous story about women making their way home after an epic disaster, for a change.

You won’t find women in need of rescue here.

First, oh how I love books in which the women are not damsels in distress. Most of the women in this book were incredibly smart, brave, and skilled. These ladies didn’t wait around to be rescued. As would anyone who is prepared for difficult times, when things went wrong, they got things done.

These women 100% were not victims. The book was very realistic about what can happen to women alone in a situation without rule of law. Their skills and their savviness play a starring role in the plot.

Not every character is perfect.

In some fictional worlds, every member of the family or core group is, well, perfect. Everyone is on board, they all “get it” and they are all serious about preparedness.

Well, thank goodness for LL Akers, who shares the good, bad, and ugly about groups. There’s a character I wanted to smack more than once despite that character’s redeeming qualities. And that is real.

Prepper skills are worked into the story

I love it when stories have some prepper information and I learned two things in particular from Fight Like a Man (no spoilers.) The author definitely knows her stuff and is the person you’d want to be making your way home with after an EMP.

At the same time, the information is worked into the plot in a way that isn’t preachy. It’s not “Survival Lesson Number One: do this thing when this happens.”  It’s just what the characters do in order to collect resources.

It touches on taboo topics

Without being graphic, the book touches on taboo topics – and they are truly essential. Things like rape and drug addiction and mental health issues are rarely included in the plot of prepper novels – and especially not all of these things.

But, if it really hit the fan, every one of us would be dealing with these problems. Maybe not in our own families, but for sure we would be exposed to victims of these things in some way unless we are someplace so secluded that we no longer have human contact outside the members of our household.

The only problem is that it was over before my flight and I couldn’t add one to my Kindle from the plane. I grabbed the other two books in the series the moment I had WiFi and they’re just as awesome. Grab this book – I think you’ll enjoy it!

The series consists of:

You can find LL Akers (and many more amazing survival fiction authors) in this Facebook group.