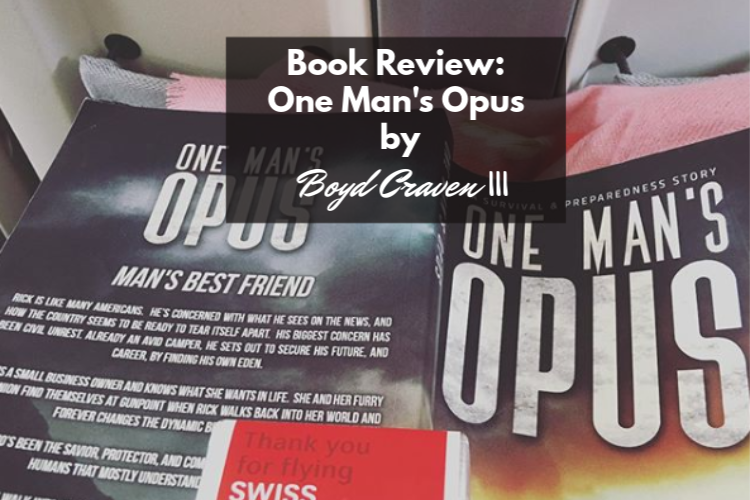 Looking for some more prepper fiction to fill your lazy days of summer? Do you love dogs? Do you like characters that aren’t Rambo and Bear Grylls, all rolled into one? Looking for something a little different than the usual prepper books?

Then you’ll love One Man’s Opus by Boyd Craven III.

When I went to Bosnia and Croatia, I weighed down my suitcase with a bunch of prepper fiction to pass the time when I was without internet. Some of these books were really awesome and I want to tell my friends who love reading about them. (You can find my review of LL Akers’ SHTF series here and my review of A. American’s Survivalist series here.)

About the characters in One Man’s Opus

Boyd Craven is a natural storyteller and it shows in his books. His main character in this book is a writer, hiker, camper, and a newbie prepper. His secondary character is a bad-to-the-bone chick who doesn’t require a rescue. But the star of the book is Opus, the preternaturally smart German Shepherd dog who brings everyone together. And as anyone who has ever spent much time with a German Shepherd will tell you they’re some of the most intelligent pooches around.

I loved the fact that Rick, the main character and narrator, was just a humble, down-to-earth guy. He wasn’t a strapping Rambo-style ex-soldier – just a normal man who wanted to protect the people (and animals) he loved. Tina, the female character, is no softy either. She’s a business owner who is prepared to protect herself.

The character development in this book is top notch. It’s written in a way that they remind you of someone you know (or the neighbors you wish you had) almost immediately.

Another thing that makes this book different than other prepper fiction is the scenario. It’s not another EMP or solar flare story. It’s about something that isn’t at all far-fetched in our current society, politically motivated civil unrest.

As Rick starts noticing that the social temperature is rising, he begins to set up a retreat and build a stockpile quickly. It’s educational to follow along as you see how he sets up his off-grid bug out location and stocks up on supplies. There’s a lot of advice written into the story for a savvy prepper to learn from.

One point of conflict in the story is Rick butting heads with some of the locals, a situation to which many of us could relate if we took off to the boondocks and set up camp.

The thing I most appreciated is that this scenario was low key compared to most prepper fiction, but it was one that seems more likely than our entire grid suddenly going down. (Not to say the grid thing couldn’t happen – just that statistically, we’re more likely to see civil unrest than an EMP strike.) It’s a theme I hope more survival authors will pick up, this end-of-the-world that isn’t the all-out end of civilization as we know it. There are so many different kinds of SHTFs but it seems authors mainly focus on one. This isn’t to say I don’t also love the heck out of apocalyptic fiction – it’s just to point out this creative difference.

Yep, you read that right. The other thing that makes this book different is that it’s downright funny. Throughout the book are humorous scenes, canine antics, and conversations between characters. (I swear Sarge has to have been modeled after my long-deceased uncle – he has that same loveable curmudgeonly humor.)

I really enjoyed sitting down to read a book about a serious topic that still had me laughing. This book was so light and humorous that I stayed up on my 8-hour flight reading it and devoured it in one sitting. I wasn’t worth much the following day due to lack of sleep, but I sure did enjoy the reason why.

This is a great read. Boyd is a wonderful storyteller and character creator. But it may not be for everyone.

It’s not for you if…

Personally, I loved the book and I think you will too.

Where to get it

One Man’s Opus is available on Amazon, as are the other two books in this trilogy, Opus Odyssey and Opus Adventure. You can find all of Boyd Craven III’s books right here. 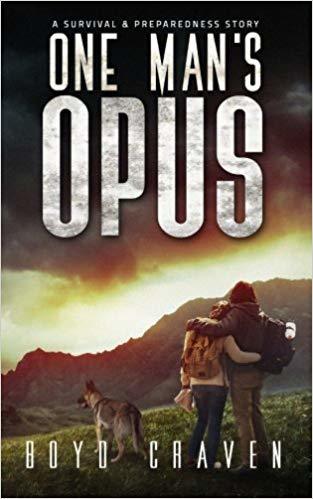