These Bottled Water Brands Are LOADED with THOUSANDS of Plastic Particles: Is Your Favorite on the List? 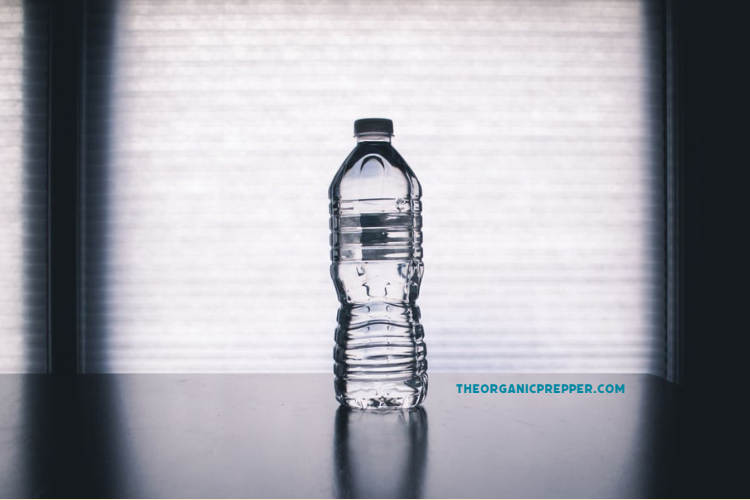 Many people try to make a better choice by drinking bottled water instead of tap water since the municipal water from our faucets is loaded with all sorts of chemicals and pollutants. Unfortunately, bottled water may not be that much better.

It’s old news that some brands of bottled water are little more than tap water, but now there’s new research that tells us it gets even worse than that. Each bottle of water could be contaminated with hundreds -or even thousands – of plastic particles, which we ingest every time we take a sip.

A study was performed on 250 bottles of water purchased in 9 different countries at the State University of New York in Fredonia.

The results of the bottled water testing

93% of the water bottles had some contamination from plastic particles. The plastic particles were identified as 54% polypropylene, 16% nylon, 11% polystyrene 10% polyethylene, 6% polyester, and 3% other types of plastic.

An Australian news outlet posted the following chart with numbers on the highest and lowest counts of plastic in certain brands. Look at Nestle’s high.

LOWEST/HIGHEST NUMBER OF PARTICLES FOUND PER LITRE, PER BRAND:

Interestingly, some bottles from the same case included widely varying amounts of plastic.

Some of the bottles we tested contained so many particles that we asked a former astrophysicist to use his experience counting stars in the heavens to help us tally these fluorescing constellations. Sizes ranged from the width of a human hair down to the size of a red blood cell. Some bottles had thousands. A few effectively had no plastic at all. One bottle had a concentration of more than 10,000 particles per liter. (source)

What are the effects on human health?

It’s actually the smaller particles that you have to be more worried about, according to this chart by Orb Media. 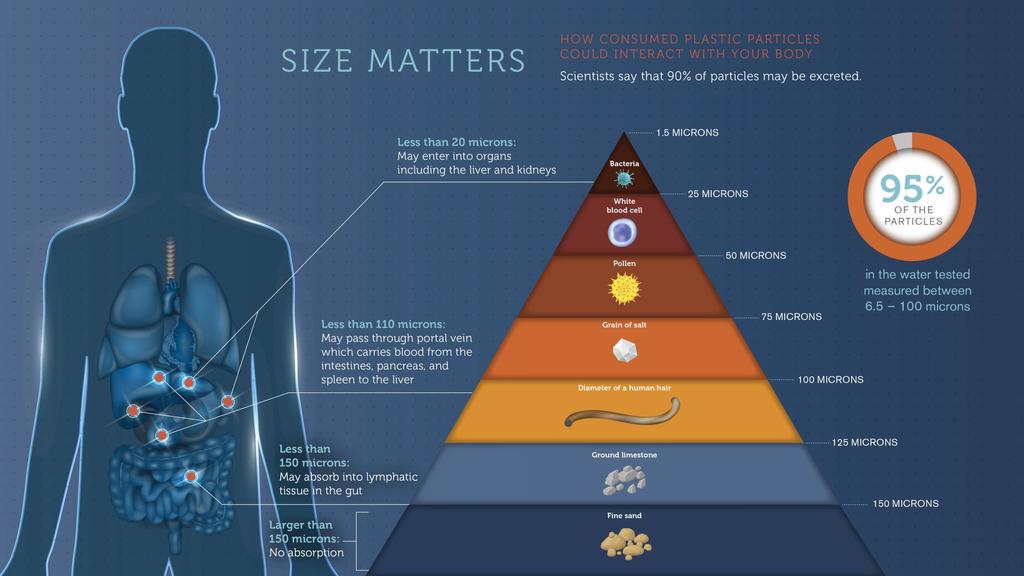 While you may be drinking bottled water to avoid contamination such as that found in the water of Flint, Michigan, it looks like you may be consuming a completely different type of contaminant.

Although we don’t fully understand yet the health implications of consuming micro-plastic Abigail Barrows says the preliminary results of this study are clear: “People are directly ingesting plastic particles when drinking most types of bottled water.” (source)

I seriously doubt that drinking plastic particles is good for you, considering all the concern that plastic could be a major contributing factor to the cancer boom in the first world. (Learn more about what’s in our water in my book, The Prepper’s Water Survival Guide.)

The BBC contacted some of the bottling companies to ask them what they thought about the tests performed by Orb Media.

Nestle told us its own internal testing for microplastics began more than two years ago and had not detected any “above trace level”. A spokesman added that Prof Mason’s study missed key steps to avoid “false positives” but he invited Orb Media to compare methods.

Gerolsteiner also said it had been testing its water for microplastics for a number of years and that the results showed levels “significantly below the limits for particles” set for pharmaceutical companies. It said it could not understand how Prof Mason’s study reached its conclusions. It also said its measures exceeded industry standards but added that microparticles are “everywhere” so “the possibility of them entering the product from ambient air or packaging materials during the bottling process can therefore not be completely ruled out”.

Coca-Cola said it had some of the most stringent quality standards in the industry and used a “multi-step filtration process”. But it too acknowledged that microplastics “appear to be ubiquitous and therefore may be found at minute levels even in highly treated products”.

Danone said it could not comment on the study because “the methodology used is unclear” but added that its own bottles had “food grade packaging”. It pointed out that there are no regulations on microplastics or a scientific consensus on how to test for them, and it also highlighted a much smaller German study last year that found plastic particles in single use bottles but not above a statistically significant amount.

PepsiCo said Aquafina had “rigorous quality control measures sanitary manufacturing practices, filtration and other food safety mechanisms which yield a reliably safe product”. It described the science of micro-plastics as “an emerging field, in its infancy, which requires further scientific analysis, peer-reviewed research and greater collaboration across many stakeholders”. (source)

Some articles noted that the plastic in the water was environmental, and not occurring at the factories, but isn’t the reason people buy bottled water to get the environmental contaminants filtered out?

How can you ensure your water is safe?

Your very best bet for safe water is water that you filter yourself using a high-quality device. Clearly, it’s impossible to trust the industry, which is probably of little surprise to most reading this website.

Sources for this article: