Huh…It Must Be Something in the Water 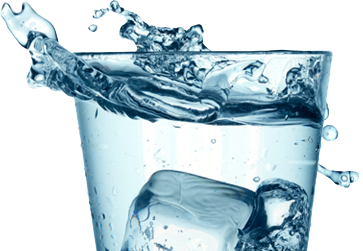 There’s definitely something in the water, and none of it is good.  There is so much garbage in our water that you practically need an advanced degree in chemistry just to figure it out.  It’s not a subject that can be ignored, though, because water is the most vital and life-sustaining substance that we can store. We want to store the purest, high-quality consumables that we can, in order to maintain our optimum wellness during any type of disaster scenario, and that includes the water we store.

Most preppers know the “Survival Rule of Three”:

Based on that hierarchy, if the SHTF and you’re still breathing, your next focus needs to be on drinking water.  A well-prepared person will have that taken care of by storing at least a one month supply of water for all members of the household, including pets. The basic rule for water storage is one gallon per day per person (and pet), and more if it is hot weather or you will be doing strenuous physical labor.

When I first began prepping, I used to get people to give me their empty 2-liter soda pop bottles. I blithely filled those bottles up with tap water and squirreled them away in my attic.  I had, quite literally, hundreds of 2-liter bottles full of water. I’d washed them carefully, filled them up from my faucet, and added a drop of unscented chlorine bleach, just as all the prepping forums recommended.

Then I began to learn more about the dangers that were rife in tap water.  I switched to bottled water….then began to learn about contaminants in bottled water.  I was stymied – how do you provide your family with a proper water supply when it all seems to be contaminated?  Moreover, what are you supposed to drink on a day to day basis?  I had already cut out all sugary beverages – we drank nothing but water throughout the day.  But was I still poisoning my family?

The toxins present in municipal water supplies vary from city to city.  In the US Midwest, for example, there are high levels of pesticides (in particular, weed killer) due to agricultural practices that contaminate the groundwater (this also affects well water in the area).   In 22 states with military contractors, perchlorate, the explosive component of rocket fuel, has been found in the tap water.   In 2008, the AP released a report informing us that water treatment centers were unable to remove all traces of pharmaceutical drugs from the water supply.  (The drugs were introduced into the water by human and animal urine.)

To determine the extent of drinking water contamination, an Associated Press investigative team surveyed the water providers of the 50 largest cities in the United States and 52 smaller communities, analyzed federal databases and scientific reports, and interviewed government and corporate officials.

The investigation found widespread evidence of drinking water contaminated with both over-the-counter and prescription drugs, including painkillers, hormones, antibiotics, anti-convulsants, anti-depressants, and drugs for cancer or heart disease. Of the 28 major cities that tested their water supplies for pharmaceuticals, only two said those tests showed no pharmaceutical contamination. In Philadelphia, 56 different drugs and drug byproducts were found in treated drinking water, and 63 were found in the city’s watershed.

Also found in tap water are contaminants like aluminum, arsenic and lead (more on lead below).

Chemical Cocktails – It’s All for Your Own Good

If the outside contaminants aren’t enough of a worry, how about the chemicals that are deliberately added to the water supply by the treatment facilities themselves?

First of all, in North America, tap water is chlorinated.  This removes disease-causing bacteria, which is great, but it also creates numerous toxic by-products, like chloroform and trihalomethanes.  According to Dr. Michael J. Plewa, a genetic toxicology expert at the University of Illinois, chlorinated water is carcinogenic. “Individuals who consume chlorinated drinking water have an elevated risk of cancer of the bladder, stomach, pancreas, kidney and rectum as well as Hodgkin’s and non-Hodgkin’s lymphoma.”

Some facilities are also adding ammonia to the chlorinated water, which creates “chloraminated” water. Anyone who has ever cleaned a house knows that mixing bleach (chlorine) and ammonia is a no-no – so why are the facilities doing so?  Apparently it reduces the carcinogenic by-products created by adding chlorine – which must be done to meet EPA standards.  Unfortunately, it creates a brand new variety of toxins.  Fish and reptiles die when subjected to chloraminated water, and the effects on humans are just now being studied.

To make matters worse, chloraminated water reacts with the lead in water pipes, releasing yet another toxin into the public water system.  In Washington DC, when chloramination of the water first began, lead levels were found to be 4,800 times the UN’s acceptable level for the toxic heavy metal!

No discussion on water would be complete without a dishonorable mention for the inclusion of fluoride any many municipalities.  The fluoride added to the water supply is sodium fluoride, and is also sold as a pesticide, bearing the warning “deadly to humans”.

While the talking heads of media and government are telling consumers that the fluoride in drinking water will assure them of good dental health, people are actually being poisoned.  The consumption of fluoride lowers IQs, causes infertility, has been linked to cancer and causes hardening of the arteries.  In fact, one study “published in the January edition of the journal Nuclear Medicine Communications, the research highlights the fact that mass fluoride exposure may be to blame for the cardiovascular disease epidemic that takes more lives each year than cancer. In 2008, cardiovascular killed 17 million people. According to the authors of the study: “The coronary fluoride uptake value in patients with cardiovascular events was significantly higher than in patients without cardiovascular events.”” (Source)

It’s also important to note that the inclusion of fluoride in drinking water has no discernible positive effect on dental health. In fact, it can cause dental fluorosis,  a visible overexposure to fluoride resulting in subtle white flecks in the tooth enamel all the way to pronounced brown staining.

To add to the frustration, most bottled water is not that much safer than tap water.  In fact, the Environmental Working Group (EWG) found 38 contaminants in the top 10 brands of bottled water sold in the United States.  The contaminants included disinfection byproducts, fertilizer residue, and pain medication, to name a few. Two brands, Walmart and Giant, were chemically identical to tap water but sold at approximately 1900 times the price of the water from your faucet. In fact, according to some reports, more than 40% of bottled waters on the market are nothing more than tap water (including Pepsi’s Aquafina).

Another issue with bottled water is that chemicals leach into the water from the bottle it is contained in.   Chemicals like BPA and phthalates mimic hormones in your body, causing symptoms like brain damage, early puberty, prostate problems, decreased sperm counts, decreased immune functions, obesity and learning issues.

What Can You Do?

With all of the bad news about the water supply, you’re probably feeling as frustrated as I was.  The good news is, there are actions you can take to ensure the best possible supply of water in our increasingly contaminated world.

Get spring water right from the source.

Absolutely the best option for drinking water is finding a spring nearby and filling your own bottles with it.  There is probably a spring nearby with water free for the taking.  Use this interactive map to find a spring close to you. (Unfortunately, not all countries are represented on this map, but the US and many European countries are.) Spring water is naturally filtered by the earth, leaving clear delicious water loaded with healthy minerals. Even better, in many places, spring water is free – just bring your containers and fill them up!

Get a good, gravity-fed water filter.  This will allow you to remove many of the toxins found in tap water or surface water.  I have the Big Berkey and have been very pleased with it.  If your municipality adds fluoride to the water, it is necessary to also purchase a specific filter to remove the fluoride. A gravity-fed filter does not require power to work, making it an excellent choice post-disaster.

Glass is the most healthful option for water storage, however large glass containers full of water are heavy and can break.   If you are using plastic containers,the safest ones are marked Polyethylene terephthalate (PET or PETE) or High-density polyethylene (HDPE).  Plastic containers that formerly contained juice or water are already compromised from the enzymes in those liquids. Water stored in plastic bottles should not be exposed to extremes of temperature, as this can also cause the plastic to leach chemicals into the water.

Reverse Osmosis is not enough.

The purification process of Reverse Osmosis may not remove bacteria, viruses, or certain chemicals.  This process, while good, should be followed by filtration.

Water stored or purified with bleach should be filtered.

If you store your water with a couple of drops of bleach in it, you should put it through your water filter if possible.  I no longer store my water with bleach because I use my stored water on a rotating basis.  We only drink spring water, and the 5-gallon jugs are used within 6 weeks.