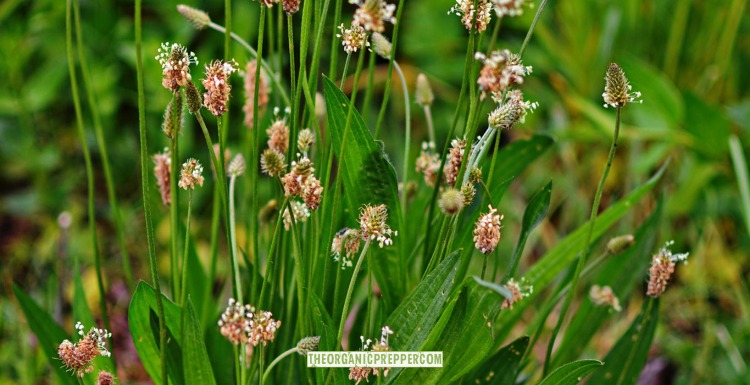 When I mow my lawn, I don’t really mow grass. I mow plantain. The big, leafy ears comprise the bulk of my yard, smacking the lawnmower with a thick, fleshy sound when mown over. Imagine cutting through a slice of apple on your cutting board. It’s reminiscent of that.

And though I don’t typically give these prolific plants much though, a recent post on The Frugalite mentioned Peterson’s Field Guide to Edible Wild Plants. Curious, I pulled out my copy of this fantastic book and looked up the entry for plantain.

I’d long known these were edible – I think I learned it from Southeast Foraging if I remember correctly – I wanted to freshen up on my knowledge of them. I thought my findings might be of interest to you as well.

I never understood how important it was to read the fine print with wild foraging until I tried eating absolutely massive dandelion leaves in a salad one day. Don’t do that. It’s disgusting. According to Peterson’s Field Guide, the same principle applies to common plantain (Plantago major). Only the “very young” leaves are to be picked as anything else is too stringy to be palatable. 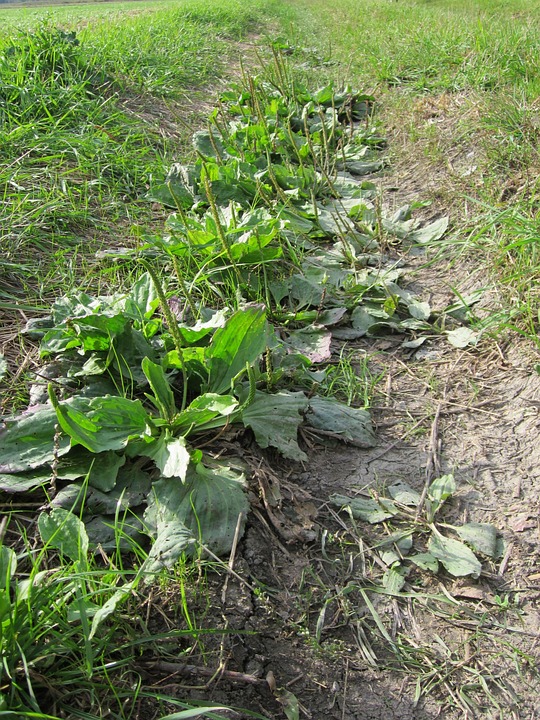 Served as a cooked green?

Apparently, common plantain can be cooked much like spinach – boiled in a pot and then slathered with butter. In full disclosure, I haven’t tried this method, and though I typically try to try everything that I write about, I haven’t found the time to boil up a pot of plantain yet. (We’ve been perfecting bread making and bagels in my house instead.)

The leaves are commonly used in wound healing throughout the world.

Originating in Europe, plantain has a long history of being used to heal wounds. Norwegians and Swedish refer to this plant as groblad – “healing leaves.” The ancient Greeks would prescribe poultices of this plant for dog bites, and the Vikings used it to heal wounds they received in battle. Superficial wounds were often treated by applying the juice from the plant, while deeper wounds were often covered with plantain leaves in the morning and evening (in the 1600s, at least).

Henrik Harpestreng of Denmark in 1244 would write in his book Liber Harbarum that the plant could “heal everything that was torn apart” when mixed with honey and that when it was boiled with butter and eaten, it could “heal any organ in the human body.”

Of course, Harpestreng in 1244 is a far cry from modern medicine, but it’s an interesting tidbit, nonetheless.

Just how did plantain get its name? From the Indians.

Everywhere that the early Americans went, plantain would pop up as well. It got to the point where Indians named the plant “white man’s footprint” because it seemed to follow them.

Why don’t we call it white man’s footprint today? Well, in a sense, we still do. The Indian name is, in fact, where the scientific name for plantain comes from.

(Looking for more information on how to starve the beast? Check out our free QUICKSTART Guide.)

They would make Bear Grylls happy. They have vitt-uh-mins.

Pick 100g of the young leaves, and you will have roughly 25mg of ascorbic acid (Vitamin C), 31mg of dehydroascorbic acid (an oxidized form of Vitamin C), and 8.5mg of carotenoids (what makes carrots orange) in your hand.

Don’t believe me? Check out Romeo and Juliet, Act 1, Scene II, where Romeo tells Benvoleo that plantain leaf added to his broken shin will help him to heal up. So next time you want to be romantic, forget the roses – bring plantain. (If any of you men try this, let me know how it goes.)

It increased the endurance abilities of mice in one study.

Keep in mind that this is just one study, but it’s fascinating, nonetheless. Back in 2011, researchers gave 48 mice an extract of plantain and then forced them to complete a swimming task. It was found that when given the extract, the mice not only were able to swim longer, but they had fewer biochemical markers of fatigue (like blood lactate).

To my knowledge, there haven’t been any human studies examining the same effect, and I’m not aware of any follow-up studies that replicated the 2011 study, but it is an interesting study that deserves to be looked into further.

A humble weed worthy of consideration

This is one of the cool things about studying the world around you. It puts one in a state of awe to slowly unlock some of the mysteries that have been right underneath your feet (or lawnmower) all this time. It’s just another reason why studying foraging, and herbal medicine is so fascinating – there’s so much to learn.

What are your thoughts on this weed that’s probably growing in your front lawn right now? Have you ever tried it? (If so, let me know the best way to cook it. I want to try it.) Let us know what you know in the comments below. 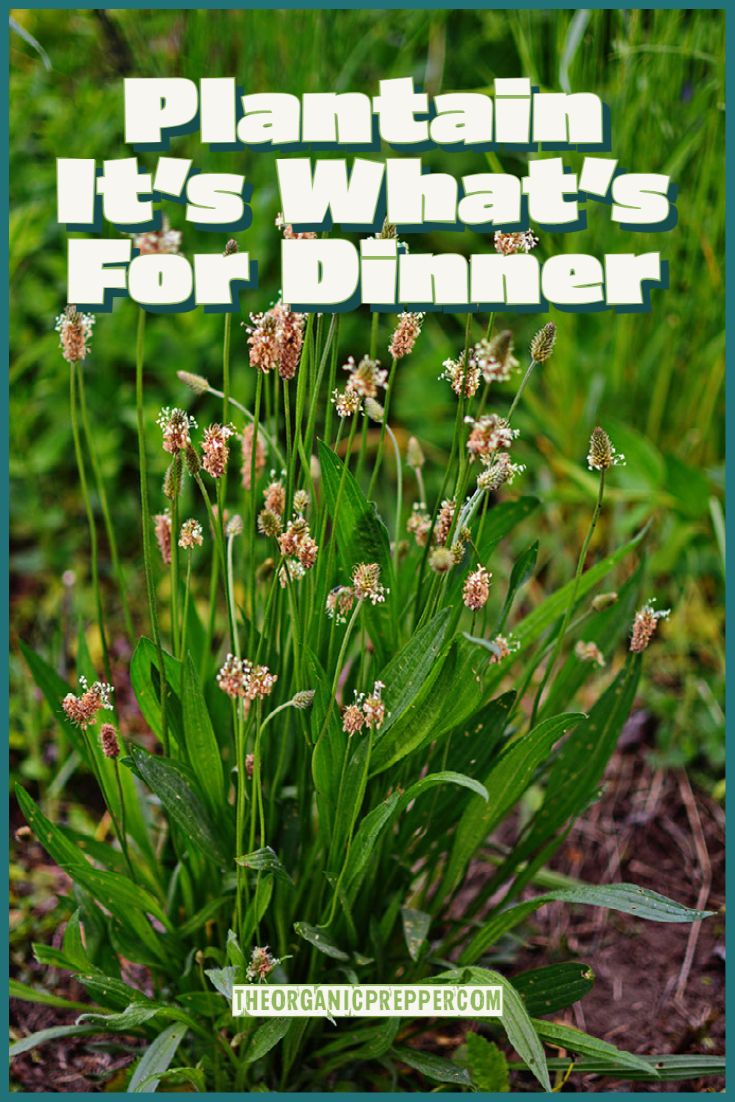