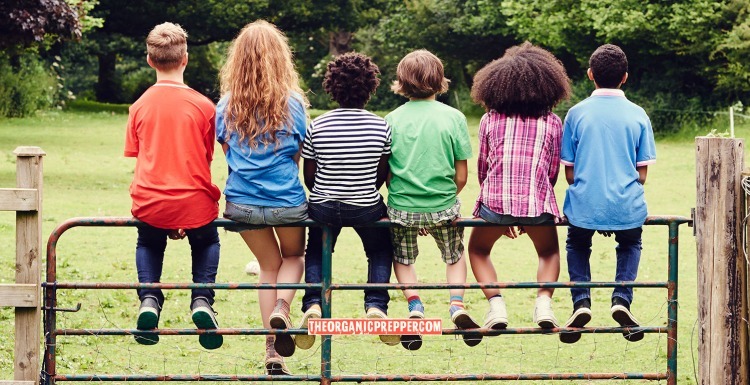 Parenting has never been easy, and this past year has ushered in all kinds of new challenges for those raising children. New guidelines cover just about every aspect of society, from going to a restaurant to taking care of your kids. It’s worth comparing time-tested parenting techniques with today’s modern parenting.

What was once deemed not acceptable is now the preferred method of modern parenting. And the kind of things we readers did as kids would be like some kind of unimaginable science fiction if such options were presented to children today.

Screen time used to be limited but now it’s all-consuming.

Up until this past year, every pediatrician and child-rearing book recommended limiting screen time to no more than two hours a day for young children. Pediatricians advised using careful observation and planning around screen time for older children. We widely understood it’s easy for screen time to push more worthwhile activities such as playing outside, socializing, interacting with family members, and reading out of the schedule. There has been extensive research on this.

This article is not about passing judgment on parents using screens to distract children. I turned on movies plenty of times when my children were small if I needed to get something done. However, I always understood it was less than ideal, and so did every other parent I knew. Screen usage correlates with eye problems, sleep problems, and posture problems. Most parents knew this instinctively and tried to get kids otherwise engaged whenever possible.

Suddenly, it is not only okay but preferable to keep children in front of screens for ten or twelve hours a day. Kids now do both their school and their socializing online. I guess it’s better to deal with the known evils of screen usage, lack of exercise, and minimal social interaction, than to risk exposure to an illness for which children under 19 have a survival rate of 99.997%?

All of a sudden, homeschooling is favored

I wouldn’t say attitudes have changed society-wide. Still, I have noticed an extreme shift in the attitude toward homeschooling.

When I was growing up, it seemed homeschooling led to socially dysfunctional children. I knew homeschooled kids, but I thought they were weird, and so did my parents. Time makes fools of us all. My attitude toward homeschooling changed when my child struggled in our school district.

Even after homeschooling for nearly a decade, I still had people ask how my children could socialize and function in the “real world.” I just assumed I would spend the rest of my time as a homeschooling parent explaining myself to people.

Don’t get me wrong. I’ve learned to love homeschooling. It was my personal choice, which every parent deserves. I had time to research before pulling my child from public school. And, I had a spouse who was (somewhat) willing to pay me to homeschool. Homeschooling has its advantages, but a functional public school system has its benefits too. Every parent deserves honest information:

Pumping children full of pharmaceuticals is now the norm

Another aspect of modern parenting (which has always struck me as strange though it’s about to hit a new level of crazy) is the attitude toward pharmaceuticals. I’ve seen parents shame other parents over letting their children consume high fructose corn syrup or artificial food dyes. But pumping children full of drugs? That’s totally normal.

Note: this isn’t about judging people who need to medicate their children for one reason or another.

My point is the extreme caution we’re expected to exercise when it comes to food, but the total abandonment of any questioning when it comes to pharmaceuticals. No, I don’t think the food scientists always have our health at the forefront of their minds. But I don’t believe pharmaceutical companies do either.

If a bowl of cereal makes me sick, I can sue the pants off the company. They’re pretty motivated to make sure their products are, if not healthy, at least not immediately poisonous. However, pharmaceutical companies are under no such constraints. As America’s Frontline Doctors point out in their White Paper on Experimental Vaccines: since 1986, pharmaceutical companies have been shielded from any liability regarding adverse effects of their vaccines.

That means, if you have such a strong reaction to a vaccine you need to be hospitalized, they don’t have to pay you a cent. You cannot sue pharmaceutical companies for an adverse reaction to a vaccine. It also means pharmaceutical companies are highly incentivized to treat everything with vaccines. My kids are vaccinated, though I won’t get them the Covid shot any time soon. I’m simply trying to point out the logical fallacies parents are increasingly expected to swallow.

NOTE: once again, I’m not trying to pick a fight about vaccination, though if you are interested, I strongly recommend the White Paper referenced above.

What happened to,” It takes a village to raise a child”?

Just as Americans were once used to independently operating family physicians, we were once used to raising our children in smaller communities. If parents couldn’t provide constant care, friends, neighbors, and extended family usually did. My great-grandmother died in childbirth; her siblings all stepped in to raise my grandmother. Likewise, when my grandfather died during my dad’s childhood, my grandmother’s brother stepped in to help out.

It’s a lot harder to do that these days. Extended families don’t live close to each other. Neighborhoods are less safe; you can’t just let kids wander around and do whatever. Daycares and public schools have filled that gap.

However, like the hospital groups that manage doctors, the various childcare institutions have their own agendas.

I have always thought that most teachers and childcare providers genuinely like children. But watching them use school reopenings as bargaining chips for various benefits has made me question that. Los Angeles teachers were instructed not to post vacation pictures online. This was an attempt to maintain that it was too dangerous for teachers to return to work.

This sort of thing isn’t only in LA, though. In Aurora, Colorado, I have friends that teach. They were provided with free childcare, paid for by taxpayers who mostly lost their childcare so that they could teach remotely without interruption.

More than a year into the pandemic, most Colorado schools are still not open full time. And they’ve changed a lot throughout the year. My son’s high school started remotely, went back one day a week, then back to completely remote, then one day a week, then two days a week. And other school districts have been far worse about changing things around.

Be aware of how much news, particularly involving children, is being suppressed

The Wall Street Journal ran an article just this week about YouTube censoring a roundtable discussion hosted by Florida’s governor Ron DeSantis. He discussed Covid policies with physicians from Harvard, Oxford, and Stanford. They discussed a variety of topics, including the damaging effects of requiring children to wear masks. Despite the fact all the panelists were renowned experts in their respective fields, YouTube banned the video as “misinformation.”

I wouldn’t have known that.

The Wall Street Journal costs about $40/month. My dad was kind enough to get me a gift subscription a while back. My point is, there is a lot of news being buried right now. Unless you spend a lot of time and money online, it’s tough to find.

How about prepping as a modern aspect of parenting?

My kids are old enough to be actively involved in gardening, animal care, and food preservation. It’s given us structure in the day when our other planned activities have fallen by the wayside. My kids have other living creatures with which to bond. It’s not the same as hanging out with friends at school, but it’s better than nothing. They aren’t in front of a screen.

I present our food production as a fun hobby that also happens to be healthy and profitable. I have no official childcare credentials other than the fact that my children and I have been mostly stuck with each other for a long time, and we still get along. My children are somewhat depressed compared to 18 months ago. But they are not suicidal, abusing substances, or suffering from the conditions that seem to be tormenting so many of their peers. That must count for something.

Prepping with children will look different for everyone

Jose has written about fixing things with his son. My friends that are firearms instructors take their kids to the range. A friend that raises sheep has taught her children to shear. Friends in the suburbs work on their little urban homesteads together. It doesn’t have to involve a lot of money, but it gives all of us a slight sense of control that we so desperately need in this world of constantly changing social norms.

Children need their parents to provide structure, guidance, and routine until they are old enough to self-regulate. Parents need to be strong to give that structure within a society that has other priorities. However, with the increased reliance on childcare professionals, most parents I know don’t have confidence in their parenting abilities, common with older generations.

We Gen-Xer parents need to come into our power. We’ve been written off as the laid back, “whatever” generation of Wayne and Garth. That was fine when things were running smoothly.

What are your thoughts on today’s modern parenting?

We are the ones responsible for our children, whom we know better than anyone else. We need to take a page out of the self-satisfied Boomer book and parent in whatever way best suits our children, without listening to every “expert” that comes along. Has parenting become more difficult for you over the past year? If so, how? Have you found new ways to parent that suit you and your children better? Let’s talk about it in the comments below. 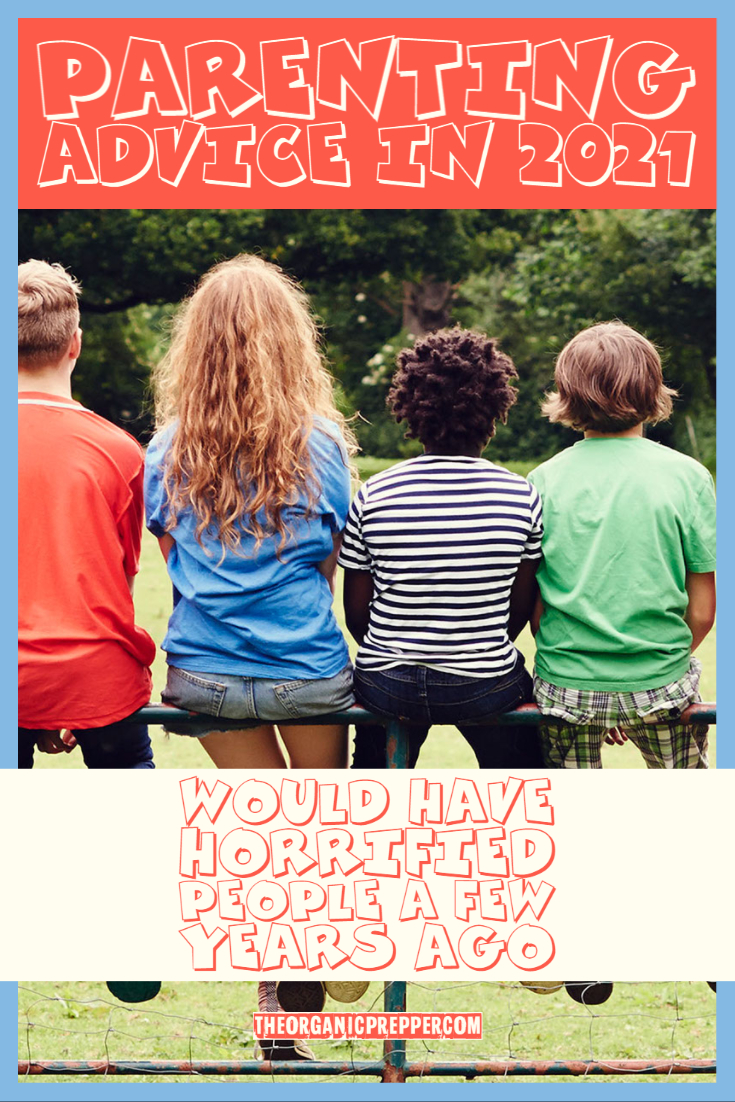