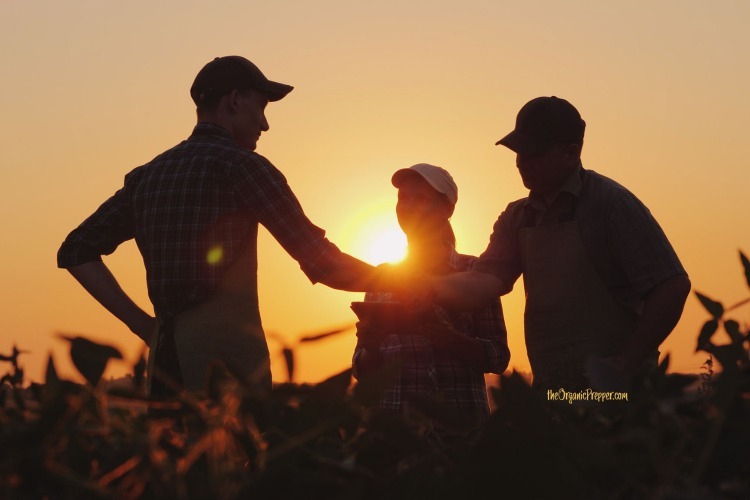 The need for supportive communities in SHTF situations is something we talk about often. People know they need a support network because, let’s face it, in a long-term survival situation almost none of us can do it alone. However, one of the biggest tragedies to come from the Covid rules has been how hard it is to meet people and establish any kind of community these days. And many of us have learned things about our circle of people that aren’t overly positive during this stressful time.

Your own opinions about Covid aside, many states are greatly restricting opportunities for socialization. Some never really opened back up after the previous lockdown.

In my state, Colorado, public gatherings are severely curtailed. I still attend church, but we are no longer allowed to socialize afterward. At the kids’ activities, parents are discouraged from sitting near each other and chit-chatting, which was a major social outlet for a lot of parents (myself included) for a long time. You might strike up a conversation with someone friendly, or you might get someone who flips out over not social distancing properly.

This atmosphere of distrust is worse than any virus.

You have your friends, and then there are your “lockdown” friends

We have come together in ways I never would have expected. I don’t know what will work for everyone, but I can give an example of how a series of inconveniences gave rise to my own little group of people getting together to process chickens.

I have had a little side-gig producing a couple hundred chickens every year for meat. They are pastured birds raised on certified organic corn- and soy-free feed. I’ve learned a lot over the years, getting and training livestock guardian dogs after predator attacks, and so on. The only hitch has been getting the birds processed every year. My luck has been almost comically bad. I’ve seen a number of processors close.

I eventually met a couple, I’ll call them Andrew and Andrea, about nearby that had their own processing equipment who taught me how to process birds. I’d bring my birds over, we’d process together, and it was a social outlet as well as getting a chore done.

Then their house burned down in 2018, literally a day after we’d processed my birds.

They are still in the process of rebuilding, but in 2019 and 2020 Andrea brought her processing equipment to my house and we processed the birds ourselves. When we were at her house, Andrew would help, or sometimes they’d have friends hanging out that wanted to learn how to process. Processing 70 or 80 birds is a lot of work, and many hands make it go a lot faster.

It takes a community to process chickens

I wasn’t sure where we’d get the extra hands at my house, but sometimes problems solve themselves. My boys are in Scouts, and knowing that I have a hobby farm, one of the other parents asked if I had any big jobs her son, I’ll call him Josiah, could help with. He wanted a new computer game, and she told him he could pay for it himself. I asked how Josiah felt about processing chickens. She laughed and said she’d find out how badly he wanted that computer game.

It turns out Josiah really wanted it! I had him plus my own three children, plus Andrea helping me out. The work was exhausting but we got it all done, and it was done well. I gave Josiah $20 and a couple of chickens.

The next time around, I had another friend interested in homesteading skills come over and help, along with my three kids. Well, Josiah heard my kids talking about it and was disappointed that I hadn’t asked him to help again! He’d already gotten the computer game, but he said my chickens were the most delicious he’d ever eaten. Also, he just thought it was cool to be able to process animals. He bragged about it so much to the other boys in Scouts that some of them have started asking if they can help me next time.

Sometimes you can find community with people who aren’t necessarily preppers but who share an interest in self-reliance.

This year multiple groups of people parked at the perimeter of my property began honking and screaming that they wanted chickens. This went on for a couple of months in the early summer. In July, someone drove through my fence, pulling out a full 330-foot roll of fencing as well as half a dozen steel T-posts. I’m not sure that was related to the people harassing me, but it was terrifying and a ton of work to fix.

Then in August, in three separate events, fifty-five of my birds were stolen. I have guard dogs, but they do not bite people. They are wonderful at barking and scaring off all the foxes, coyotes, and eagles in my area, but I can’t have dogs that bite people. In the first incident, my birds were pastured a few hundred feet away from my house, but only twenty-five feet or so from my property line. My property is enclosed with 4-foot fencing but these people climbed it.

When I saw one morning that 40 of my birds were missing, with none of the gore that comes with animal attacks, I moved them to an enclosure closer to my house and put barbed wire on top of the fence. They came back and took 10 more anyway. I put my remaining birds in the insulated brooder close to my house; it’s in a well-lit area. However, our summer was incredibly hot and I left the small door of the brooder open for ventilation. The fenced-in run was closed but the door to the inner part was propped open.

In the morning, I saw that someone had pulled up part of the fencing and snagged five more of my birds. These people only stopped when I put motion-detecting cameras all over the brooder. So I can still raise some chickens, but I’m not sure how to raise true pastured poultry without putting my birds at risk. And frankly I cannot keep taking these financial hits.

The ordeal was so nerve-wracking. My children and I didn’t sleep normally for weeks. To have your property violated that many times is terrifying. I had been so satisfied during the shut downs and grocery shortages about raising so much of my own food, but it doesn’t matter how much you produce if you can’t keep other people from stealing it.

In times of instability, a new skill learned can create stability for some

The truth is, there will always be bad actors in any given group of people. There will always be individuals looking for a chance to steal, hurt others, and just in general cause trouble.  It’s human nature and we can’t get away from it. When we had stable rules, stable jobs, and the kids all had stable school schedules it was easier to notice people looking for trouble. That stability is gone, and I don’t know if it will come back.

However, the eagerness of my own children, as well as their friends, to have real-life skills makes me want to try and figure something out. Kids these days are so glued to screens most of the time for school; many of them are itching to get out and do something tangible. Learning how to turn animals into dinner is a total change, and I was pleasantly surprised at how easy it would have been for me to get help processing birds this time around.

While there are hidden (or not-so-hidden) troublemakers out there at any point in time, there are always people willing to help, too. If you are new to homesteading or the country lifestyle, five years ago trying to meet like-minded people online might have been a good idea. I’m hesitant to recommend that now. I’m pretty sure the people that caused so much damage to me found me through social media. I have friends that also have sustainable agriculture little side-hustles that they advertise online; one, in particular, has been repeatedly targeted by animal-rights activists.

If you have the skills to make money with farm products, then taking the risk of potentially exposing yourself to troublemakers is something you need to weigh against the value of advertising. It’s a business decision that’ll be different for everyone.

However, if you are new to the country/homesteading scene and just want to make friends, I personally would have a hard time recommending looking for people online. There have been plenty of other articles written about not advertising your prepper status, and I wholeheartedly agree.

As the holidays approach, hopefully many of us will be calling and checking in friends and relatives. Whether it’s some homesteading project or a specific survival scenario for which you’re trying to prepare, get a feel for how interested other people are in participating. I have my one good farm friend, Andrea. The rest of my various helpers over the years have been a mixture of friends from church, Scouts, neighbors, and relatives. A lot of them live in the suburbs. You might be pleasantly surprised to find who is receptive to preparing with you.

I have lived in the same area for the better part of a decade, so my pool of friends and acquaintances is fairly wide. If you have just moved to the country, or are not so established in your community, it may be different and will probably take longer. However, the principles are still the same. Pursue your interests; be a good neighbor; if you have solid family relationships, sustain those; and things will eventually fall into place. But it is never too soon to reach out and start building your network of like-minded folks.

How are you building your own network?

Have you had success in finding your community, or not so much? Let us know in the comments below. 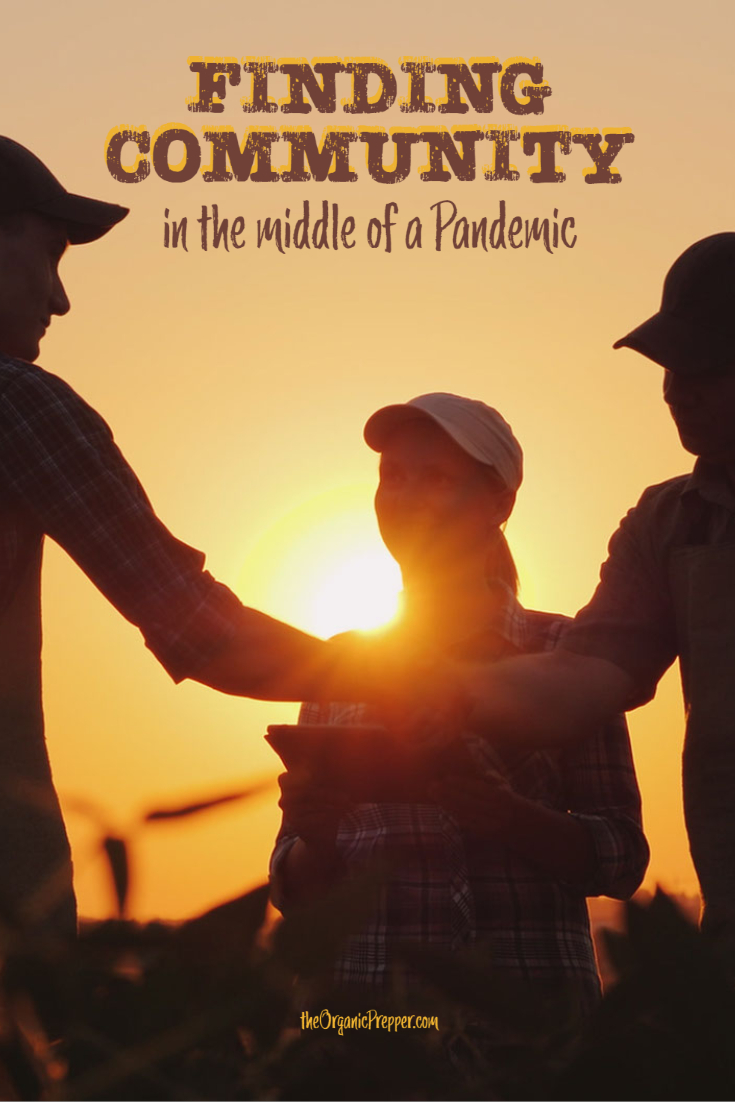