The Prepper’s Guide to Medicinal Mushrooms 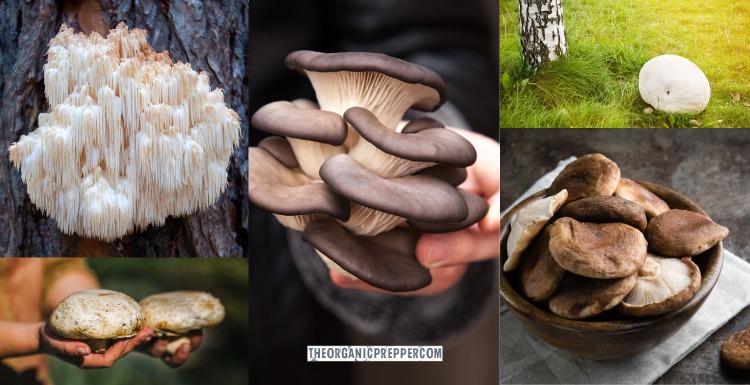 You’ve witnessed the decline of the American healthcare system and the constant attacks on American infrastructure and are extremely concerned about how non-stop money printing is going to impact your wallet. You’ve started to look into growing your own mushrooms for food, but you’re also wondering whether medicinal mushrooms have a place within your secret garden.

If this is where you find yourself, read on.

What mushrooms are considered medicinal mushrooms?

The world of mushrooms is fascinating. The research that mycologists are churning out now on a daily basis is truly electrifying as we learn more of the secrets that mushrooms have in store. They can be used to pull heavy metals out of the ground, to decontaminate water, as food, and, yes, even for different health reasons.

Just about any mushroom out there could be found to have some form of health benefit. It appears Hippocrates was right when he said, “Let food be thy medicine.”

Mushrooms can be difficult to grow, however. If you’re interested in learning more about growing what could be considered medicinal mushrooms, you’re likely to get involved in raising/foraging one of the following mushroom varieties below.

Oysters are widely considered the easiest mushroom to grow. The cool thing about these eager-to-please little boogers is that they have a good amount of lovastatin within them. Lovastatin can lower one’s cholesterol levels.

(Hey, while you’re checking out mushroom information, open our free QUICKSTART Guide to home canning in another tab. You’ll be glad you did!)

The ability to potentially lower cholesterol seems to be a trend amongst mushrooms, and shiitake are no exception. These mushrooms are high in a chemical compound called eritadenine, which also helps to lower one’s cholesterol levels.

Plenty of beta-glucans are also present, which limits the gut’s ability to even absorb cholesterol, and has the added benefit of reducing inflammation within the body. They’re good for your body’s ability to produce white blood cells as well and may help benefit one’s immune system as a result.

And, if you’ve been looking to up your selenium intake but don’t feel like eating Brazil nuts, shiitake mushrooms are naturally high in this mineral as well.

The only downside (that I know of) here is that some people do seem to show a sensitivity to eating too many shiitake mushrooms (due to the chemical lentinan) and can end up developing a skin rash for 1-2 weeks if they eat too many of them.

I’ve never tried, but my understanding is that these gigantic mushrooms are rather difficult to cultivate on purpose. They’re most certainly not hard to find, though. I often find them throughout my yard.

Not only do giant puffball mushrooms seem to have cholesterol-lowering abilities, but they’ve also been used to treat traumatic hemorrhage and oral bleeding.

A compound called calvacin is present in large quantities within puffball mushrooms as well, which is widely theorized to be an anti-cancer agent.

These are some of my favorite mushrooms out there. When you stumble upon one of these little, hairy guys out in the woods, it just makes you laugh. Lion’s mane mushrooms are actually very well known for what they do for the nervous system, and they seem to show a lot of promise in this department.

If we look at Alzheimer’s, Parkinson’s, or dementia, we find that lion’s mane mushrooms are able to stimulate the production of nerve growth factor (NGF), which helps to protect neurons and, therefore, cognitive ability.

A study on old mice has shown that lion’s mane mushrooms seem to help partially recover locomotor frailty and protect the cerebellum, suggesting that any age-related declines in movement ability that originates in the brain could potentially be slowed with lion’s mane mushrooms.

Erinacine and hericenones within these mushrooms can raise dopamine levels, increase dopamine receptors, and fight off depression. The immune system is also benefited by lion’s mane mushrooms as they stimulate the production of anti-inflammatory substances from macrophages and cytokines, and they even help to protect the liver from injury caused by specific enzymes.

Even the gut can benefit from lion’s mane mushrooms, as they help the beneficial bacteria Bifidobacterium and Lactobacillus to colonize the intestines even better than they would otherwise.

With all of these potential medicinal benefits, you have to ask, is lion’s mane the king of the mushrooms?

The garden giant is a mushroom of many names. It’s often also referred to as King Stropharia, the wine cap mushroom, or even the King of the Garden. The proper name, however, is Stropharia rugoso-annulata.

This beautiful garden addition not only seems to possess a number of antioxidants but in a rat study, it was found that blood sugar and cholesterol levels were lowered by eating these as well.

An ounce of prevention…

Mushrooms can do a lot of good and, I think, are one of the most interesting additions you can make to your garden. If you have a medicinal herb garden, why not check out what it would take to add medicinal mushrooms?

The problem is that delving into the world of mushrooms is such an abstract concept to the average American that they don’t know where to begin. If this is where you find yourself, then you’re going to want to check out our brand-new course, How to Grow Culinary and Medicinal Mushrooms. It’s currently on sale till this Sunday at midnight, so if you’re interested, you’re going to want to check it out as fast as you can.

What are your thoughts on the health benefits of mushrooms? Are there other mushrooms you think should have been added to our list? Let us know in the comments below.

*The Organic Prepper does not offer medical advice, nor are any of our writers physicians.*

Mushroom Mike spends his days wandering as he seeks out the latest in the realm of mushroom knowledge. 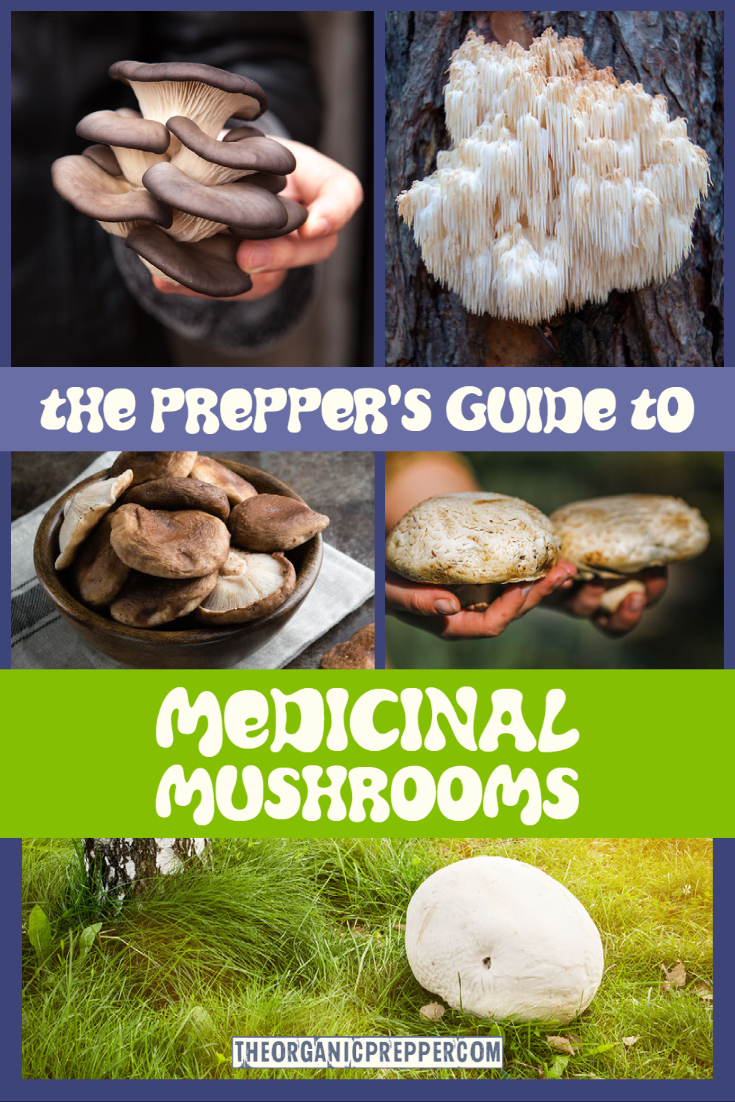