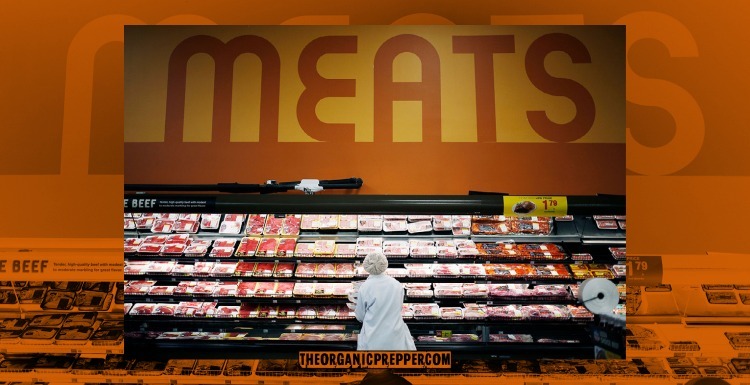 Hackers have struck again only weeks after the Colonial pipeline hacking. The pipeline hacking had consumers rush to panic buy fuel, causing widespread shortages. This time, however, it wasn’t the fuel and gas system but major beef producers.

One of the world’s largest meat processors shuts down

Australian and North American units of Brazil’s JBS, one of the world’s largest meat processors, was hit over the weekend by an organized cyberattack on its information systems.

The attack caused its Australian operations to shut down completely on Monday, and the company is saying that it is working to resolve the incident.

“On Sunday, May 30, JBS USA determined that it was the target of an organized cybersecurity attack, affecting some of the servers supporting it’s North American and Australian IT systems,” it said in a statement released Monday afternoon.

“Resolution of the incident will take time, which may delay certain transactions with customers and suppliers.”

The attack shut down operations located across Australia. JBS Australia Chief Executive Officer Brent Eastwood told Beefcentral. He was unable to say how long the stoppage would last.

The shortages and supply chain issues continue to stack up.

This issue is not just in Australia

According to Beefcentral, Australian meat processing operations would be impossible without normal IT and internet systems access. Primo Smallgoods, a JBS business in Queensland state, has also been affected.

Jon Condon, a publisher at Beefcentral, said the shutdown’s impact would depend on how long the stoppage will last.

“At this point, nobody knows,” he told ABC Radio Brisbane.

“The longer it goes, the worse the situation in terms of supply and disruption.

“I don’t think anyone should be concerned about potentially running short of meat.

“There are a lot of meat processors in Australia other than JBS, and if this issue were to extend beyond a short period of time, it would not be that difficult or unusual for processing to occur in other locations by other companies to keep the meat supply in order.

“If it’s only short-term, a day’s processing loss isn’t going to make that much difference.”

Reminder: This is the biggest meat processing company in the WORLD

He added that the JBS was the biggest company in the world for chicken, beef, pork, and thus the significance of the attack and the consequences of the stoppage should not be underestimated.

David Littleproud, Federal Agriculture Minister, said that the government was aware of the hack and was working with the company to get back online nationally.

“It’s under investigation, and it’s important that we respect that process.”

“The technology that [JBS] use, the systems they use, go to the heart of the quality assurance of the beef that they process.

“So we need to make sure that we can get that up and going to give confidence, not just to consumers here in Australia, but also to our export markets.”

JBS employs around 6,687 beef and sheep processors in Australia alone

The Australian Meat Industry Employees’ Union Queensland secretary Matt Journeaux is concerned about these employees and the effect the shutdown will have.

“The meat in the sandwich is that this is a concerted effort against Australian business, and the workers will suffer as a result of that,” Mr. Journeaux said.

“In most processing facilities, the workers are on daily hire arrangements, and unfortunately, if they don’t work, they don’t get paid.

“There are six sites in Queensland that will be affected … and around the nation. There would be significantly more.”

Late on Monday, Mr. Journeaux said workers would be paid for the day, with JBS working to get its payroll system back online.

“I believe they will be paid because payday is today,” he said. [source]

This economic crisis is not simply a matter of corruption or short-sighted politicians. It is also not a matter of the growing sophistication of hackers.

It is yet another step of many in a plan that hatched long ago. It is a plan in which the bottom 99% of the world’s population lives under a complete tyranny with virtually no comforts. Their basic needs are met by a government-controlled UBI payment controlled by cashless credits that can be cut off at the first sign of dissent. It is a Hunger Games society with a technological control grid that is virtually inescapable.

And here we go

This is what the Great Reset is all about.

The failures of Free Trade combined with the coming Great Reset will make humanity wish they had given their all to defend their freedom because once they have lost their liberty completely, they will have nothing left to give.

How will you prepare for the coming sky-high meat prices?

Do you plan to stock up on meat? Do you produce your meat? How do you plan to combat rising meat prices and protect yourself from situations like this? Let’s discuss it in the comments.