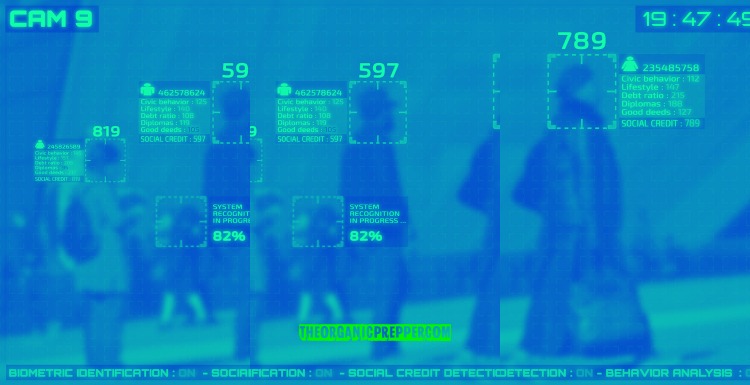 The social credit system took yet another step forward—this time, from Down Under. Under the guise of a welfare crackdown, Australia moved 25,000 people onto a cashless card system that restricts non-essential purchases.

Australia’s government forced thousands of welfare recipients on to Centrelink, a cashless debit card. Under a massive expansion of the plan and new Federal Budget, immigrants have no access to most kinds of welfare for four years after attaining residency. However, the most crucial aspect of Centrelink is Aussies cannot use the cards for gambling, alcohol, or cigarettes. Only necessities like groceries and food can be purchased with the cards.

East Kimberley and Goldfields in Western Australia, Ceduna in South Australia, and the Bundaberg-Hervey Bay region of Queensland trialed the cards beginning in 2016. Under this scheme, 80 percent of welfare recipients’ Centrelink payment will go directly to the card rather than a bank account. That is supposed to keep recipients from wasting the welfare on unnecessary items.

Treasurer Josh Frydenberg unveiled the plan to make the scheme permanent in the trial locations. The plan also includes extending it to 25,000 people in the Northern Territory and Cape York.

The Australian government’s recent budget includes a $30 million package to “upskill” people at the trial sites and offer a jobs fund to boost employment opportunities. The plan includes funding for drug and alcohol rehabilitation services in the cashless debit card locations as well.

Don’t be so quick to judge. This plan is not what it seems

Many people will rejoice, happy that the “welfare queens” can no longer lie about drinking beer and smoking while others toil away at work to pay for those luxuries. However, the truth is that this scheme is much more insidious than it may at first appear.

No one wants to pay higher taxes so that those who do not want to work can squander welfare benefits. But knee-jerk reactions that lend support to schemes like this will ultimately lead to a social credit system, UBI, and financial allotmentt entirely controlled by the government. Implementation of these schemes is likely not only in Australia but across the world.

What is a social credit system?

For those unaware of what a “social credit system” is, Business Insider’s article summarizes it well. In the article “China has started ranking citizens with a creepy ‘social credit’ system — here’s what you can do wrong, and the embarrassing, demeaning ways they can punish you,” Alexandra Ma writes:

The Chinese state is setting up a vast ranking system that will monitor the behavior of its enormous population and rank them all based on their “social credit.”

The “social credit system,” first announced in 2014, aims to reinforce the idea that “keeping trust is glorious and breaking trust is disgraceful,” according to a government document.

The program is due to be fully operational nationwide by 2020 but is being piloted for millions of people across the country already. The scheme will be mandatory.

At the moment, the system is piecemeal — some are run by city councils, others are scored by private tech platforms which hold personal data.

Like private credit scores, a person’s social score can move up and down depending on their behavior. The exact methodology is a secret — but examples of infractions include bad driving, smoking in non-smoking zones, buying too many video games, and posting fake news online.

While most Americans have scarcely noticed their descent into a police state, they are quick to dismiss the idea that such a system could be implemented in the land they still perceive to be free. However, all the moving parts are in place in the United States. They only need to come together to form the Social Credit System here.

And they ARE coming together.

Social media is a critical method of judging “social scores.” Mainly because of the willful posting of social media users on virtually every aspect of their lives. Users give away the most personal and intimate details of their lives and do so without charge.

This data is extremely useful to governments who monitor and store the freely acquired information. Whether it is political opinions, pictures of yourself and your food, or private conversations, that data is sent directly to the corporation. Respective governments then have access to that data via various means and put that data to good use.

In this article, Daisy offers insight into the data collection in the United States.

People seem blind to what is coming

The UBI, of course, is an old idea and one so old that philosopher/activist Bertrand Russell even discussed it. The UBI, cashless society, and social credit system will soon combine to create the largest, most effective police state ever known to man. A society where any criticism or resistance of the government will result in an immediate shut down of credits and the trespasser being frozen entirely out of society.

It may feel good now, but soon it won’t. When it no longer does, well, you were warned.

What are your thoughts on a system like this?

Do you think we’ll see a social credit system in the USA? How do you plan to function under such a system? Let’s talk about it in the comments below.