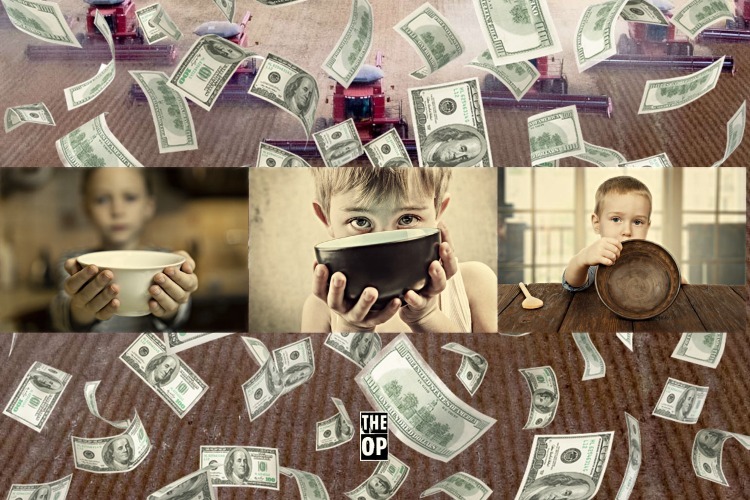 In the age of Woke Capitalism, where brand names, spokesmen, and even customers are canceled for violating the latest cultural Marxist edict, Big Banks have taken moves to isolate and disable accounts of gun manufacturers and other “enemies” of the fascist state. On the other hand, these same banks that have funded major corporations worldwide who have contributed to environmental degradation have also attempted to put forward a more “green” and anti “climate change” face.

Now, there is a telling and dangerous trend taking place in the world of banking and finance. This time, it’s not so much an impending collapse, but where Big Banks and investors are looking to place their bets.

The website that brought this new investment trend to light is Inside Climate News. ICN is upset that these banks are investing in industries that “drive climate change” by producing harmless gasses and feeding humans. Cutting down rainforests is a huge environmental issue. However, ICN is more concerned about another issue that the new investment trend reveals.

“Animal protein and even dairy is likely, and already has started to become the new oil and gas,” said Bruno Sarda, the former North America president of CDP, a framework through which companies disclose their carbon emissions. “This is the biggest source of emissions that doesn’t have a target on its back.”

While fearmongering about carbon in almost every sentence, ICN claims that, by 2030, livestock production alone could consume nearly half of the world’s carbon budget. Putting aside the question of climate change, this represents a huge potential for profitable investment, whether livestock production continues or not.

“It’s not enough to divest from fossil fuel,” said Devlin Kuyek, a senior researcher at GRAIN, a non-profit organization that advocates for small farms. “If you look at emissions just from the largest meat and dairy companies and the trajectories they have, you see that these companies and their models are completely unsustainable.”

Those trajectories could put global climate goals well out of reach.

That last part is important.

That goal is out of reach. When it comes down to “meeting those trajectories” or feeding humans, what do you think the decision will be?

Banks are not in it for humanity. They are in it for the profit.

In case you haven’t noticed, these major banks are not making decisions that benefit the planet. They are making financial decisions that enrich themselves at the expense of all the little people at the bottom rung of society. You know, like us.

JP Morgan Chase, Wells Fargo, Citigroup, and Bank of America are all major banks that have pledged to make “climate action a priority.” They are also the same banks now investing money into companies that sell “soft commodities” like beef, timber, soy, and palm oil.

When reached for comment, the asset managers pointed to their sustainability platforms online and noted increased efforts to address deforestation and climate impacts from agriculture in their portfolios. In early 2020, BlackRock acknowledged the climate impacts of certain agribusiness practices and said it would push for greater disclosure of sustainability measures from companies in its funds.

The world’s food system needs to feed a population expected to hit 10 billion by 2050, meaning that the system will have 3 billion more people to feed than it did a decade ago. Global investors and banks see an opportunity in these numbers and, in some cases, are doubling down.

President Biden has already diverted USDA dollars to “fight climate change.” It would be great to see banks back away from Big Ag businesses that “contribute to climate change,” and invest in small farms instead. But, don’t place your bets on that. Banks will continue to invest in agribusiness because one thing that everyone needs is food. As I have demonstrated in my previous articles, when there is a shorter supply of food, the price goes up, and profits are higher.

Back in 2015, the World Wildlife Fund held a summit that predicted in the years between 2020 and 2030, food prices would rise 400%, there would be several “climate-related events,” and famine would force refugees to move from all over the world.

It’s time to stock up and take control of as much of your own food supply as possible. Don’t expect investors like huge banks to act against their profit margins to help you out.

What do you think of this?

Do you feel this is an indicator of food shortages to come or business as usual? Let’s talk about it in the comments below.