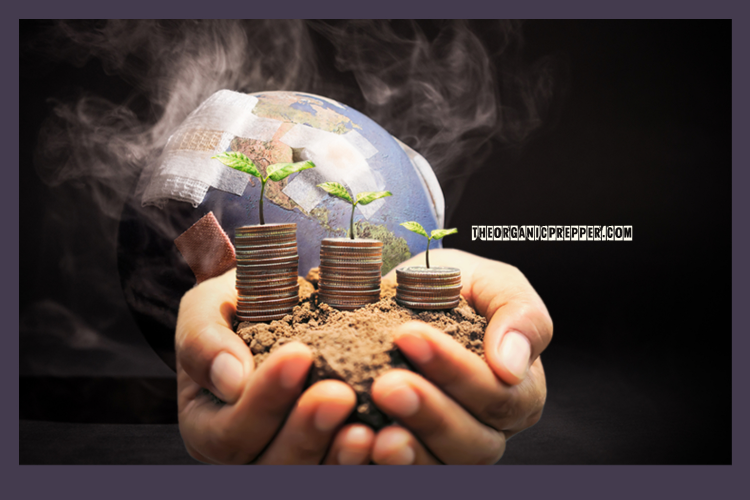 Following the Biden administration’s recent climate-related executive orders, the same administration is now looking at taking climate action a step further. The recent orders include a pause on new oil and gas leases on federal property, “alignment of financial flows with the objectives of the Paris Agreement,” and setting a new target for reducing U.S. “Greenhouse Gas” emissions by 2030.

Read the entire Executive Order on Tackling the Climate Crisis at Home and Abroad.

But you won’t believe where that money is coming from.

Biden is setting his sights on American agricultural policy

According to new reports, the White House is looking to take advantage of a new funding source from the U.S. Department of Agriculture’s Commodity Credit Corporation (CCC).

During his Senate confirmation hearing, Tom Vilsack said the CCC funds “could be used to create a market to trade carbon or help farmers adopt sustainable agriculture practices.” Vilsack said these programs could then be expanded and included in future farm bills.

What is the CCC, and what is its purpose?

For those who may be hearing of the CCC for the first time, the CCC was created during the Great Depression to support farm income prices. It was used to do things like purchase cheese to boost dairy farmers, assist cotton growers with ginning costs, and provide foreign market development, commodity purchases, and export credit.

Annual funding for The CCC is somewhere around $30 billion. The Trump administration used this program to help distribute billions of dollars in aid to farmers adversely affected by China’s retaliatory politically targeted tariffs.

Very little detail has been provided as to what “sustainable practices” might entail. However, the term means many different things to many different people. To some, “sustainable” means being good stewards of the earth, not polluting rivers or dousing glyphosate all over crops. To others, it means all options are on the table as far as the actual earth goes. That is, as long as digital investments can be made into a Wall Street trading apparatus and higher taxes paid to the government by the average consumer.

There is little doubt that this administration, like others before, will do anything that puts major Big Ag corporations ahead of small farmers.

“A handful of private projects launched recently by the likes of Cargill and Bayer have tried to compensate growers for sustainable agriculture practices. Many farmers, however, have been reluctant to make the shift due to high upfront costs for uncertain or minimal returns.”

The fact that Cargill and Bayer have been promoting these projects, with “uncertain or minimal returns” should hint as to what form of “sustainability” we are looking at here. Biden’s new USDA chief is also a significant clue as to what we are looking at for the future of the administration’s agricultural policy. Tom Vilsack, after all, is a product of Big AG.

While serving as Obama’s agriculture secretary, Vilsack made a few controversial moves regarding genetically-modified crops; for instance, he expedited the approval process for GMOs, he helped create a GMO-labeling bill meant to replace Vermont’s stricter stan­dards, and he did away with reg­u­la­tions on “big agri­cul­ture” to appease the industry, as explained by In These Times.

The outlet added that these decisions caused his critics to nickname him “Mr. Mon­san­to,” referring to Bayer’s Monsanto, the company responsible for inventing the glyphosate-based herbicide Roundup.

Vilsack’s record in regards to animal agriculture is also a bit worrisome. For instance, in 2014, Vilsack and the USDA proposed removing some of the Food Safety Inspection Service inspectors from poultry slaughterhouses, who are responsible for examining slaughtered chicken for “defects.”

Vilsack also has concerning ties with the dairy industry. After leaving the White House in early 2017, he promptly accepted a position as Pres­i­dent and CEO of the U.S. Dairy Export Coun­cil (USDEC), which he still holds (but would presumably step down from, should his nomination as Secretary of Agriculture be approved). In his role at the USDEC, Vilsack works with major dairy associations to help increase sales and “consumer trust.” Therefore, his inextricable ties to the dairy industry could be seen as a conflict of interest.

Here’s what sustainable does NOT mean with this administration.

It seems safe to say that the new “sustainable” practices promoted by the Biden administration are NOT going to focus on non-GMO traditional or organic agriculture. Nor will these practices be to prevent over-farming. Instead, the expansion, centralization, and domination of Big Ag corporations over the United States’ food supply will be expanded. The farmers, consumers, and the environment will all suffer.

But Big Ag will do just fine.

Like it or not, there are billions of taxpayer dollars that will be spent by the government.