Did Japan Just Warn the US of an Impending Joint Attack From China and Russia? 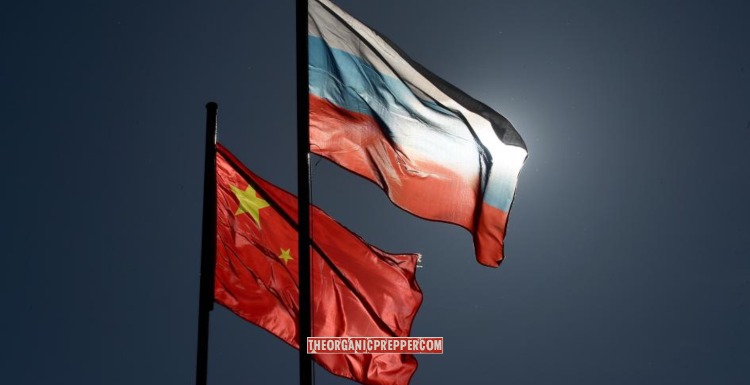 Four days before Americans celebrated Independence Day, the number two defense official in Japan offered some strange advice that has many Americans concerned.

After noting the Chinese and Russians are excellent allies and have engaged in several military drills together of late, Japanese State Defense Minister Yasuhide Nakayama, in a press interview, had this to say, “[Russian naval forces] are really exercising just right in front of the western part of Honolulu, and so I don’t want to remind the [sic] seventy years ago, but we have to be careful of the exercising of the Russians.”

Nakayama made this statement because many Russian ships are operating just 35 miles off of Hawaii’s coast. They conducted several drills, one of which has been a rehearsal on sinking an aircraft carrier. And what could Nakayama possibly be alluding to that happened in Hawaii roughly seventy years ago?

So what exactly does Nakayama mean by this?

Is he alluding to the possibility of a surprise attack by a joint China-Russia military operation on military soil? Or are people reading into this too much?

According to American Military News, the above statement is clear and presents evidence that just such an alliance prepares for action. And while I do not doubt that both Russia and China are hostile to the US, I have to wonder, is this the best evidence to fall back on for such?

“If some country shoot’s [a nuclear weapon] from their continent towards Honolulu, that missile’s…the warheads compared to Hiroshima, it’s 200 times more than Hiroshima.”

He went on to add, “So I’ve been to Hiroshima before and I went to the museum before, from that experience and the perspective, if 200 times more strong atomic bombs or torpedoes or missiles, warheads towards Honolulu, I think Honolulu will be erased from the map. So we have to think before using those powers, we have to think how to stop it.”

Is this how World War 3 begins?

Isn’t that a rather strange subject to bring up?

Why would Nakayama point out to the US the dangers of a nuclear attack – and the potential devastation – on American soil? Is 35 miles a significant enough distance away to survive the destruction caused by a 200 times more powerful bomb than Hiroshima?

He went on to offer some advice, saying, “We have to show the deterrence towards China, and not just China but also the Russians, because, as I told you, that they are doing their exercises together.”

So Nakayama seems to believe that America needs to take a stronger stance militarily on proving that we can and will defend ourselves. While I most certainly believe the same thing, his next statement may (or may not) give us a little more insight:

“What we can do is show the deterrence and also [that an attack] or happening towards Taiwan, it’s straight to relate to not just Japan, but also the US-Japan alliance even.”

Is this his inspiration for such a warning all along?

I don’t think there’s any doubt in anybody’s mind that Taiwan is now screwed. It’s only a matter of time before the Chinese invade and take it. Really, what’s stopping them now?

And Taiwan is a very short hop away from Japan, potentially serving as a perfect launching point for future offensives. And China hates Japan.

Is Nakayama providing this warning to the US to bolster Japan’s own chances of defense against a Chinese invasion? Is there something more that he knows but isn’t stating? What conclusions can we draw from all this?

I’ll leave that up to the reader to decide, but to reiterate, here’s where we’re at:

Speaking of China, an article published on The Organic Prepper pointed out that America’s military may soon be unable to equip itself for modern warfare without relying on Chinese suppliers.

So what are your thoughts on the subject?

Is American Military News on point with this being a valid indicator of an impending attack? Are the quotes being read into too much? Or, in light of other current happenstances, are they something Americans should take note of?

Let us know your thoughts in the comments below!