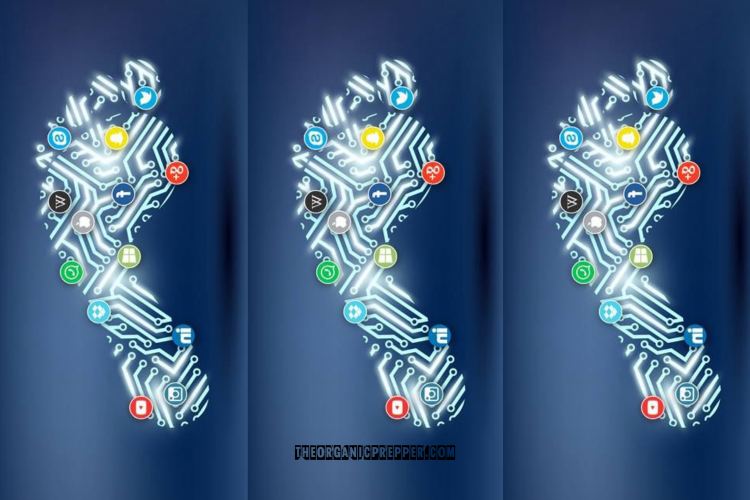 For years, researchers have warned of a system in which the government controls every aspect of its citizens’ lives. Every citizen would have to rely entirely on the government to survive in this system. This system has been openly discussed for many years by the “ruling class.” Aka: those who have been allotted social credit (or not) and power based upon their views and opinions.

In a recent post, “What is Really New In Fintech,” on the IMF blog (International Monetary Fund), authors Arnoud Boot, Peter Hoffmann, Luc Laeven, and Lev Ratnovski suggest “rapid technological change” in the financial industry. Many social media and other online platforms are now creating and accepting payments. This revolutionary change in the banking world could change the face of finance forever.

As a result of this rapid change, the authors bring up the following questions:

To answer these questions, the authors wrote:

Recent IMF and ECB staff research distinguishes two areas of financial innovation. One is information: new tools to collect and analyse data on customers, for example for determining creditworthiness. Another is communication: new approaches to customer relationships and the distribution of financial products. We argue that each dimension contains some transformative components.

The authors mention the importance and functionality of “determining creditworthiness.” The method they want to use to do so can be found in the section labeled “New Types Of Information,” where they write (emphasis ours):

The most transformative information innovation is the increase in use of new types of data coming from the digital footprint of customers’ various online activities—mainly for creditworthiness analysis.

Credit scoring using so-called hard information (income, employment time, assets, and debts) is nothing new. Typically, the more data is available, the more accurate is the assessment. But this method has two problems. First, hard information tends to be “procyclical”: it boosts credit expansion in good times but exacerbates contraction during downturns.

The second and most complex problem is that certain kinds of people, like new entrepreneurs, innovators, and many informal workers, might not have enough hard data available. Even a well-paid expatriate moving to the United States can be caught in the conundrum of not getting a credit card for lack of credit record, and not having a credit record for lack of credit cards.

Fintech resolves the dilemma by tapping various nonfinancial data: the type of browser and hardware used to access the internet, the history of online searches, and purchases. Recent research documents that, once powered by artificial intelligence and machine learning, these alternative data sources are often superior than traditional credit assessment methods, and can advance financial inclusion, by, for example, enabling more credit to informal workers and households, and firms in rural areas.

The type of browser used could potentially indicate a different ranking for browsers that heavily track users, like Chrome, vs. browsers that emphasize privacy, like Brave.

So what does this all mean for our financial future?

It means the IMF authors suggest the global banking network begin using a history of online searches and purchases to determine “creditworthiness.” In other words, do you read CNN and purchase sports memorabilia? You’re approved! Do you read The Organic Prepper and buy “conspiracy” or “prepping” material? We’re sorry, you can not be approved at this time based on your credit score.

“Unbeknownst to most people, there appears to be a real attempt to create a system in which all citizens are rationed their “wages” digitally each month in place of a paycheck or ability to gain or lose money. This system would see any form of dissent resulting in the cut off of those credits and the ability to work, eat, or even exist in society. It would not only be the end of dissent but of any semblance of real individuality.”

Turbeville outlines a plan to create a Universal Basic Income (UBI). The scheme, tied to a social credit system, will essentially cut off the financial lifeline to anyone who does not entirely tow the establishment line. I encourage you to take a look at the article and see for yourself how this scheme is coming together. For more information, here’s an article that compares UBI to modern feudalism.

With Biden’s new administration that is openly more “global” in its outlook, the IMF has already stated that it will seek to reset its relationship with the United States and that Biden’s “commitment to multilateral institutions and his pledge to re-enter the Paris climate agreement should help the IMF advance its own targets.”

And you thought it was challenging to gain approval before…

The pairing of online history with credit scores is bad enough. Doing so has prevented many otherwise creditworthy citizens from accessing what they need to start businesses, buy homes, rent apartments, or buy cars. Some states have suggested laws that use your search history and social media when being assessed for your worthiness to purchase a firearm, and the Bank of America has made it incredibly clear just this past week that your purchases and financial records are by no means private.

However, pairing both of those with the Universal Basic Income is even worse. We are fast approaching a time where even the slightest difference of opinion from the norm (i.e., the ruling class) can result in a complete freeze out of the “offender” from the entire society.

Should these things be included in a credit assessment? Or is this just another way to control our opinions and free speech? Share your thoughts in the comments.