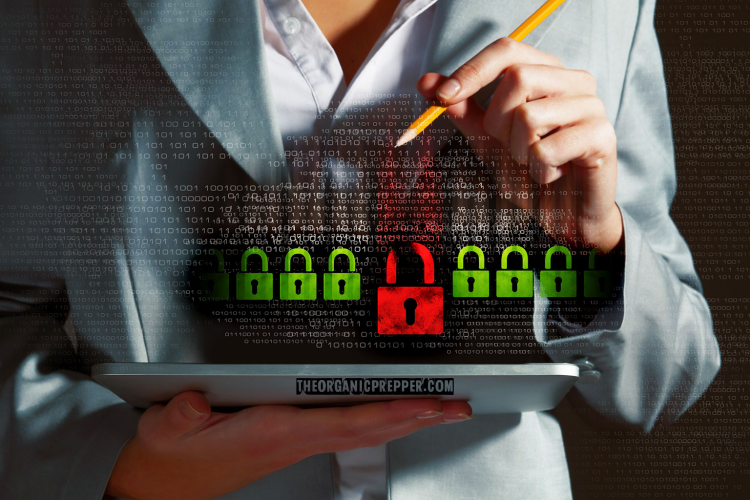 A recent Tucker Carlson report should be reminding American citizens just how far down the rabbit hole of tyranny and surveillance their government has gone. It should also be reminding Americans how Big Tech and Big Banking work “hand in glove” toward the destruction of freedom.

(And if you think this is bad, imagine how much worse a cashless society would be.)

Bank of America gives unknowing customer’s information to the authorities

According to Carlson’s report on FOX News, Bank of America searched through customer transactions to target people who may have been involved in the “riot” at the Capitol. BOA then handed over information to federal authorities at the request of those authorities.

The bank said it identified 211 customers who “fit the profile.” Some deciding factors used to identify these people were making purchases in the D.C. area or buying airline tickets or other accommodations in the days surrounding the event.

Carlson reports that at least one person who BOA identified was “taken in for questioning” but was later found to have no links to the event. Carlson justly accused BOA of spying on its customers and sharing their private information. Indeed, BOA gave the information to law enforcement and federal authorities without the knowledge of those concerned.

Reporter states, “Something awful is going to happen.”

Carlson also accused BOA of treating its customers “like a member of al Qaeda” for handing over their information. He then accused the left of “creating extremists as they did in Iraq,” saying that this gross overreaction and overreach by both government and major corporations were “dramatically elevating the chance that something awful is going to happen.”

Carlson said, ‘At one level, that does not sound bad. Because no sane person is for political extremism, especially violent extremism.” But, he argued, they ‘have to be more precise’ in the investigations.

‘Here’s the remarkable thing about this public conversation we’re having. No one is doing that. Have you noticed? None of these newly energized and highly empowered extremist hunters have told us exactly what an extremist is,’ he continued.

Carlson alleged that the corporation, America’s second-largest bank serving (to use polite language) more than 60 million customers, is “actively but secretly engaged in the hunt for extremists in cooperation with the government.” He also went on to say: “Bank of America is, without the knowledge or the consent of its customers, sharing private information with federal law enforcement agencies.”

‘Bank of America effectively is acting as an intelligence agency. But they are not telling you about it,” stated Carlson.

BofA went through records of citizens searching for specific criteria

Carlson correctly stated that BOA had rifled through the records of American citizens who had not committed a crime, searching for the ones who fit specific criteria. What did that criteria include?

Carlson stated that the profile was “remarkably broad” and said that it cast an “absurdly wide net.”

‘Any overnight stay anywhere in the three-state area. That spans hundreds of miles,’ he fumed.

‘And then any airline-related purchases. Not just flights to Washington, flights to anywhere, to Omaha, to Thailand.’

‘Imagine if you were that person?’ Carlson fumed.

‘The FBI hauls you in for questioning in a terror investigation. Not because you have done anything suspicious. You haven’t. You bought plane tickets and visited your country’s Capitol. You thought you could do that. You thought it was your country.

‘Now they are sweating you because your bank, which you trust with your most private information, information of everything you buy has ratted you out to the fed without telling you without your knowledge.

‘Because Bank of America did that, you are being treated like a member of Al Qaeda. What country is this?’

“That actually happened to someone. It’s hard to believe it, but it did.”

The bank did not deny allegations.

When asked about this investigation, this is what BofA said in a statement to FOX:

“We don’t comment on our communications with law enforcement.

All banks have responsibilities under federal law to cooperate with law enforcement in full compliance with the law.”

Of course, most gullible onlookers assume that corporations such as BofA would have required the government to do more than ask. Perhaps obtain a warrant or subpoena?

The government was never going to do that, and corporations would never protect your information. That became well known to researchers and civil liberties activists after 9/11. They’ve recently discussed widening the definition of “domestic terrorists” in a way that could include at least half the country.

As a matter of fact, this is precisely the type of thing those researchers and activists warned about twenty years ago. This website has long discussed unbanking and underbanking and it looks like that just became a whole lot more important.

What are your thoughts about the bank serving up information on its customers without a warrant and without notifying those whose records were passed on to authorities? Do you feel this is a reasonable way of doing business? If you are with Bank of America, are you considering moving your account? Share your thoughts in the comments.