How good is your home security? Would it stand up to the tests of widespread civil unrest, burgeoning crime rates, and a starving population? Your best bet is to assess your home by looking at it and thinking like a criminal.

Jose is back to tell us the home security secrets he learned in Venezuela.

Every country is different, but there are some situations that seem to be universal. I lived for some time in a small and wonderful island in the Caribbean, and I noticed that in some small towns bordering the island there were some extra precautions regarding home defense, mostly grills in their windows and doors.

This said, I will describe a little bit the original home, and what we did to improve safety without feeling like we were living in a birdcage. This was not like most of our neighbors.

1) Looking like you have a lot to protect can make your family a target.

Fortified homes, with electric fencing or razor blades on the top of tall walls, are the first ones to receive the visit of commando-style gangs, heavily armed. They just go to the door and wait for someone to go in or out. Sometimes they even wait outside for one of the members of the family and just kidnap him or her. Then their access to the fortress is guaranteed. This is such a common practice that it has caused a lot of wealthy families to flee to other countries. It happens in Brazil, it happens in Colombia, and lots of other countries too.

Let’s see how we can apply passive techniques, without standing out like a sore thumb, so to speak.

One of the first things to protect are windows. My home has strong steelframe windows The need to add a grille came in recent years. Our neighborhood had always been quiet and reasonably safe, but a teenaged addict invaded a home where an old lady was, jumping through an open window, and beat her badly. So my wife decided we needed grilles for the windows.

These were made of a rough 1.5cms x1.5 cms cross section of square steel. An additional touch was hardening it by tempering with a gas torch and spraying water. This will increase the hardness, and keep the center ductile and resistant to bending. It will prevent the use of a saw to cut them, as it is mild steel. But this was done because I know how to do it. (Here are some basic instructions on tempering steel.)

As a final touch, these grilles were painted the same color as the window frames they were welded on. They cannot be noticed from 5 meters away. If someone gets closer to take a better look, they will notice the detail of the grille, and maybe will decide that the owner is perhaps smarter than the average. This can steer their direction to some other place with better cost-benefit opportunities.

Every little window, including sunroofs and other openings, have this fencing on them. Kids’ bedroom windows, everywhere. Our backyard was grilled as well, but on the roof, like a sort of pergola. Our houses are wall to wall with the neighbors. Light and sun is the only thing that will go through. A double glassdoor on the patio with a bulletproof cover applied to the inner side opens to a wide room in the back of the house with some space for bike maintenance and other stuff. From this room, a passage protected by two heavy duty steel and glass doors allows people to go inside the house. These were already there when we bought the house. When it was built, there were no neighboring homes but open country, so the owner decided to protect his backside. They open in different directions, of course.

The main door is steel, wide and with heavy duty hinges. This is strategic too. A strong, fortified door such as a famous brand here, screams to the thieves that there is something interesting there.

Our door is ornamental, but it is a safety door with 3 locks. Painted in dark brown, it does not stand out.

4) Avoid being a target

In our own neighborhood there have been three or four home invasions. The targeted homes all exhibited the same qualities: grilled all over but with luxury furniture out there in the veranda, where everywhere can see it. Nice wooden-framed windows, which indicates good taste…and money to pay for it. Even the air conditioning units in the front are an indicator for the trained eye. Whoever can afford to be in their living room watching TV with air conditioning, is a target as well, believe it or not. A luxury SUV, is another check on their list.

Our units are just for the bedrooms. Whenever we wanted to be in the living room for a while, we opened doors and windows, and use a big fan and cold drinks to tolerate the heat (my location was very humid and hot).

Something that many neighbors avoid is that their big screen flat TVs can be seen from outside. This is an indication of wealth for strangers “just walking through” the subdivision.

Under this approach, we never used any furniture in our front porch. We got some garden chairs whenever we wanted to be there. Not any indication of wealth.

But there were a lot of neighbors with ranches and cattle, or business owners. And these were the most targeted. Our front garden was not exactly a winner in some local contest, but it was mostly clean and neat. No expensive ornaments, or any indication of money to spend in, say, a fountain with colored lights for the night. Simple, sober, and elegant.

The next plan would be a microperforated steel foldable door for the garage and to enclose the front yard.

This has pros and cons, too. If no one can see inside, they will not know if the house could be a target or not. But if someone gets inside that barrier, they would be able to mess with the locks and go inside without being seen lockpicking. Anyway, with a good remote hidden camera, this could be solved. Or with a high pitched tweeters motion-activated that made their ears bleed.

Aesthetics are important, but when you know what happens to those with a luxury Japanese SUV that attracts thugs like a big, giant powerful magnet, you prefer sometimes to sacrifice the look and some comfort.

This is another important safety issue: for a long time, some models and brands have been much more “magnetic” than other ones, but not in a positive way. Yes, they attract the girls, but they attract the wrong kind of attention too.

Sometimes robbers choose a target because of the car. I love nice cars too as everyone does, but under a financially savvy point of view, is it worth it? After two of my friends were kidnapped when criminals stole their Toyotas, I decided that it was not.

I have a plain grey SUV, that no one would give a second look at. I invested a lot of money to keep it like new, with the best available parts. That is where the money goes.

We had to jump over a tree used as a barricade once, traveling at night to my folks’ place 450 kms away from home. If I had applied the brakes, we would have had a horrible accident. I stepped on the pedal, and point the SUV right to the guy getting down the truck next to the tree, with the high lights on. I steered away at the last second. The thug jumped inside his truck again, and I had already identified the tree as a thin one, and jumped over it, flooring the pedal. We were not followed, I imagine that because they would have believed than we were not such an easy prey after all.

It was not all bad after all. My wife could not speak for the next 3 hours when we finally arrived at my folks’ place.

But let’s come back to the house safety.

In a strategic location, hiding in plain sight, there are 5 caches with some of the few valuables I have been able to collect in my life. Mostly local silver coins. I had a former police agent, a friend of a friend, just for fun, try to find something unusual around the house, if he were looking for something that I had hidden, and after 20 minutes he gave up.

8) Be ready to fortify your entrances.

As for the current threats, there is no way that any normal home could withstand a horde of zombies looting for food. Even after some improvements are made, I have seen in recent lootings the cement brick walls of the supermarkets with holes opened with hammers.

The best approach, for those who can afford it, is to install steel shutters and doors. Keep close some reinforced steel bars (I believe some cheap rebar tied together with braces would do the trick, they bend easily but bundled up are very strong) to barricate the doors. Even this approach would be not enough, however, if your home is wood.

9) Be prepared for fire.

Our roof is wooden, so it would be a great idea to run some cheap pipelines and mount some garden sprinklers (I have an small electric bomb and a large water tank), or some other fire extinguishing method.

I would recommend to anyone with a concern about security to build even one room, with cement walls, and a escape hatch. It’s even better if it is underground. There are lot of ways to mask the entrance of such hideout. And if a horde finds it and tries to pry it open, make sure your shotgun is inside the bunker at all times. [Here are instructions for building a safe room in your home or apartment.]

Be safe, and see you next week! 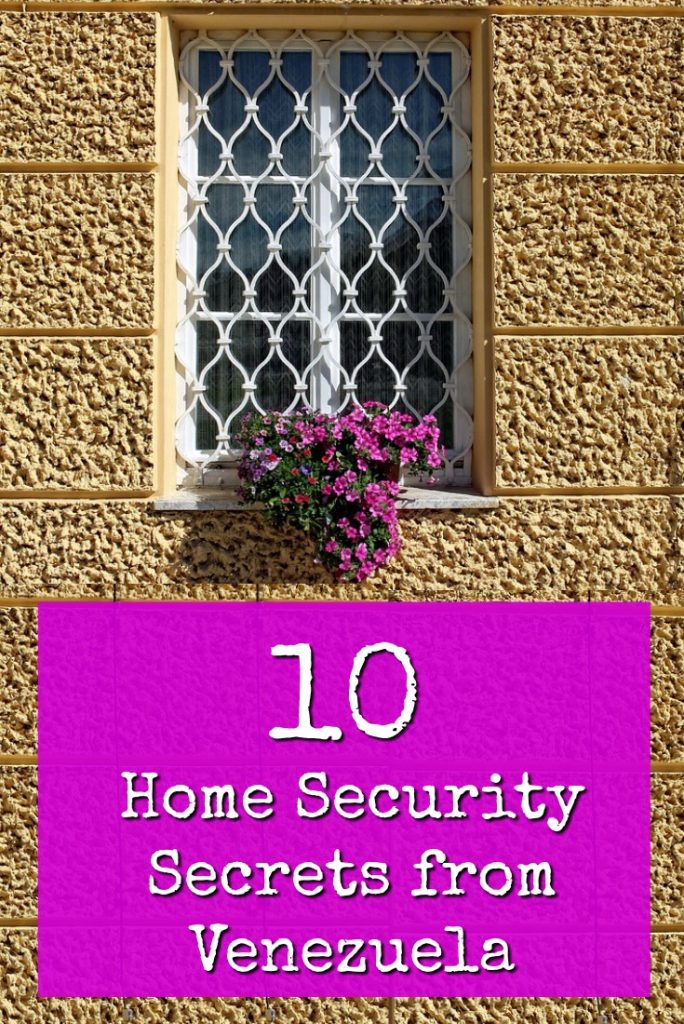