How the Collapse of Venezuela Really Happened: Part 2

Finally!!!! After Jose left us hanging in Part 1 of How the Collapse of Venezuela Really Happened, he’s back with part 2. In the last installment, he’d been inadvertently swept up in a mob of protesters.

So, I found myself, at age 15 facing a mob coming right straight to me. And of course I did what anyone with common sense would have done: I left. Not running, because my parents always told me that whenever a bunch of people surrounds you, there are usually socially non-adapted thugs within it that will look to hurt whoever they can, and the more harmless they look, the better. These kind of sadistic individuals are in all countries, regardless the cultural or economical general level of it. Look at the hooligans in London if you don´t believe me.

I walked slowly, with the other friends I was with, and shaking myself like a jelly bowl of course, but never turning the back to the mob, and found shelter in a car parts shop owned by a friend of the family.

He came to the door, with the iron bar used to close the steel shutters in hand, just in case, (He is a pretty nice guy, he would make fun of me after years about how pale I was that day. God Bless him!). But the road direction steered away most of the people towards what would be the equivalent to the commercial district, with some large warehouses and bulk shops. Some of them told us not to follow, and to go home immediately. We saw in front of the boys of the high school we were going to, who came in the opposite direction to us, in a huge group and mixed with people of all kinds.

There was a huge mass of people of all ages who were shouting slogans. A huge cacophony was in the atmosphere, and the merchants, nervous, had already begun to close the doors of their shops.

After the mob, maybe 300 or 400 persons, passed, I decided to walk with my friends all the way home. For some reason, I accepted the invitation of my friend Leo and the rest of the kids. We started walking down the hill, along a large avenue with shops on both sides.

We wanted to hang around and have some fun, after all the school was closed. He wanted to show me a US military knife his brother had found in exchange for a work he had done. We still did not realize how bad things were going.

We had walked a good distance, when suddenly, a large semi truck with a load of corn flour, a product of common and daily consumption in the country, like bread in other latitudes, was quickly approached by a large group of people who climbed on its platform, and began to grab the corn flour packages of 12, with amazing speed. In a matter of seconds, at least 8 tons disappeared, that is to say, 8 thousand packages of 1 kg. Seeing this, I seriously considered the possibility that things were going to get difficult with the authorities. I did not think at any moment of being involved in a collective quarrel or something like that (how dumb can you be at 15??). So I headed home, with my friends, but that was not so easy.

When we reached a certain distance, a lady from inside a shop, reached out and told us that the authorities (police and national guard) were taking to detention centers all the uniformed students they found in their way and that we should be very careful. Barely starting to realize the danger, when approaching my house (I was the one who lived closest, in the “downtown” near the commercial district, and we thought it was better to stay together for safety) we realized the huge mass of people were looting the shops in parallel streets where my house was. Access was not going to be possible by that route. So, risking at all times to be victims of a (practical) abduction, we walked around the areas of greatest turbulence, walking the most lonely streets, and going through the town to reach the house of one of our friends, Leo. It is interesting to think, nowadays, that never crossed my mind the possibility of the looters invading our homes. It was a very possible scenario, and even more possible these days. But I was young, and that is my excuse.

My mom and dad were very anxious at this point, logically, as they did not know where the H…I was while the entire social fabric of the country was ripping apart before their own eyes.

Meanwhile, as good silly teenagers, we were able to buy some soda and cookies while going to Leo´s place, and fooled around with the new knife, making jokes like kids do about his growing camping equipment. Mine was just a battered cheap hunter small knife in a leather sheath; an old, banged up, aluminum canteen; a small messenger bag made of denim that my mom had used back in the 70s; and my old pair of tall snakeproof boots that are still lying around somewhere.

Back on topic, while we were at Leo’s place his auntie made a landline phone call to my mom (no cellphones those years), and after a while (communication grids were down, totally collapsed) she got her call through and let know my folks where I was (she was a very nice, kind and lovely lady, indeed).

How I finally got home

Leo´s aunt made me take off my uniform shirt, replacing it with an ordinary one that Leo gave me, kindly reminding me that please get it back after washing it, and with my uniform chemise in a small bag, I headed straight home. Which I did, in a single run. Upon arriving, my dad was at home, something odd because he never arrived before 12 M. It was close to 11 AM. My mom and he were watching the scenes of the looting in the major cities, that the channels keep repeating, and informing that the police were not enough to keep up with the looters.

This, of course, encouraged those people that had not dared to hit the streets yet, to go and loot. Jeez.

As our house was (and still is) in the middle of the town. Once the mob started to loot a large clothing warehouse, in a street where there are a lot of shops, the tear gas started to spread all over the place. I still remember how awful was trying to eat a bowl of rice with black beans and white cheese, while smelling tear gas. In Venezuela, most of the houses are open style, like the old Spaniard style of walls surrounding an inner patio. Perfect to enjoy tear gas. After a nice face cleaning with vinegar and a soft cloth, we sat on the veranda.

People with large bags of everything imaginable that they could loot were roaming in the streets. All of our neighbors were on their doorsteps or front porch, watching the incredible exhibition of looting. I even saw a schoolmate with two huge plastic garbage bags on his back, his face red by the weight of the clothes he had looted. He was a black sheep at high school too, so no surprises there.

It was much worse elsewhere.

As our town was relatively small we had it more or less light. The killing was in the major cities: Caracas, Valencia, and other similar ones. Being that Caracas the most densely populated, and the capital, most of the nasty stories came from there.

After the people looted, and nothing was left, then the recovering of the loot started. Where the authorities got a report about someone with looted goodies, they kicked the door, and if the people could not show some proof of possession of, say, a brand new, large TV or tons of new clothing, still with the labels on, the loot and the people were hauled in a military truck, right to jail. I do not know honestly what happened until this day to all that loot. I know that some looters received a lesson from the military personnel. Perhaps some merchants were able to recover some of their goods, I can’t say. Our businesses did not suffer damage. 4 meters walls and a solid steel door large enough to allow for a semi truck to pass for maintenance are good deterrents. Oh, and our nice, lovely Doberman, twice my size and weight that loved to chew telephone guidebooks for fun. He could go through one-third of the phone guidebook with his fangs. I miss him a lot.

The truth be told, most of the looters were discharged after a few days. The turmoil was so massive that if everyone was prosecuted, the jails were not going to be enough, nor would the keepers be able to control them. So, after a good spanking and registering them as delinquents, they were given freedom with a warning: the next time that looting situations arise, the orders were to shoot, and no one would ask them any question later.

Here’s what I learned.

I learned a lot from those experiences, and today, as this young barely adult I am now, my life, and as much the lives of my immediate and extended family have been relatively less affected than most of the people I know in my same economical “status.” That is, if someone considers I have such status living in a rented room in a foreign country after having my own home and a job in the oil industry.

Preparedness is not about stockpiling and isolation. I know that now and I want you please take note of this.

It is about being mentally and psychologically able to respond effectively and efficiently to the changes in the surroundings that could affect you.

But one of the most impressive things I have ever witnessed was the mass behavior acting over the individual psychology, and how it overcomes the inhibition barriers that make people behave in ways that under normal circumstances would never even think about it.

Be safe, wherever you are. 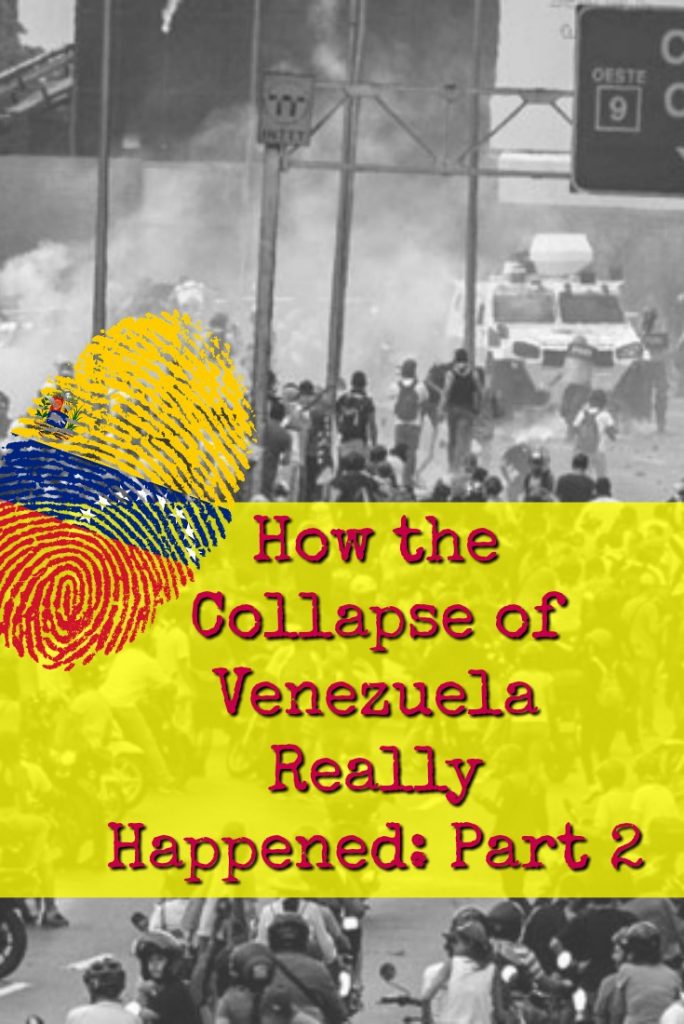 Small Space Prepping: How to Store Lots of Supplies in a Little Home or Apartment