Note from Jose: This is information compiled by myself and from my trusted sources, who are near the place where this event took place. Some other references are from the Miami Herald and Venezuelan press. The events of January 15 were confirmed to me by the above-mentioned sources. There is a remarkable inconsistency between the information provided by the videos chronology and the official version.

In the 2017 protests, thousands of Venezuelans took the streets, patriotically and initially in a pacificist mood, responding to the call of our nation that cried out for Freedom.

The state security agencies, that both God and the world knows have become no more than a Praetorian Guard of the communist regime, fiercely attacked hundreds of Venezuelans with the intention to stop the demonstrations by force.

Now, it is known that some officials refused the orders to shoot to their own people, and understanding the great historical responsibility they faced, sacrificed their own comforts and careers, and placed themselves on the side of Venezuela.

Who was Oscar Perez?

This was the group led by Oscar Perez, known now as the Rebel Pilot. 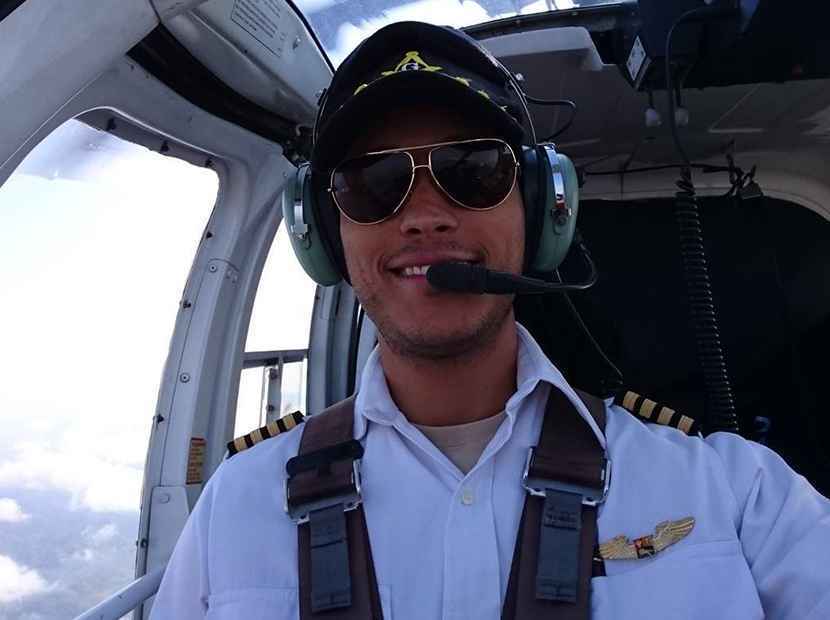 He was a high-level agent, a member of the Special Action Brigade of the Scientific Police or CICPC, and former operations chief of the police force Air Division. His leap to the fame came with his role as the main character, a policeman in 2015 in the rescue of a kidnapping in the film ‘Suspended Death’.

The images of his alleged actions, in command of a helicopter, have reached an international audience as he would hardly have reached with the cinema. His latest movements had alerted the government of Venezuela and President Maduro described them as an “escalating coup”.

Oscar Perez, also a combat diver and a free parachutist, is a man who, according to the newspaper Panorama(2015), “goes to work without knowing if he would come back home…because death is part of the evolution”. Perez was the main suspect of having piloted a stolen helicopter, the property of the Scientific Police, that shot and threw flashbang grenades against buildings of the Venezuelan government, the Supreme Court, and frightened its neighbors in the center of Caracas.

Then, January 15, they paid the price. Their lives were taken in an operation with a personnel team of over 500 trained agents from different organizations massacred 10 persons inside a house, including a pregnant woman.

It is said that the position of the rebel group was compromised by some anonymous traitor. Theories about an insider are still to be proven.

Oscar Perez’s group expressed their desire to surrender to many of their former coworkers and partners in the different security agencies. Their message expressed explicitly their desire to capitulate, surrendering in peace to avoid harm to the unaware civilians living in the vicinity and the officers of the operation. In spite of this, and in a typical move of the communist regimes, these patriots whose only crime was to raise themselves for a better country and fight against a criminal regime that had Venezuela under their boots, were executed without compassion with high caliber war weapons, with a deployment of forces, weaponry and violence never seen before in similar operations.

One of the government officers killed in action was the leader of a “Colectivo” gang, known as “Tres Raices” or “Three Roots”, and he had two identification cards under different names, one as an agent and another as a civilian.

The surrendered rebels had already negotiated, when another large group of agents appeared and took over the control of the entire operation.

The leader of the rebel group uploaded a video to his Instagram account several videos with his face covered in blood, stating that they had already surrendered but the officials were shooting to kill them.

Why the government wanted them dead

This group of Venezuelan patriots, trained in different security corps, led by the CICPC official Oscar Pérez, decided to honor their oath to defend their homeland Venezuela. They rose against the tyranny, under the Article 350 of our Constitution that allows the right to rebellion. This happened after the government finally neutralized the Parliament, or National Assembly, which had been controlled by the opposition parties since 2015.

The government then made their moves to impose a “Constitutional Assembly”, acknowledged by the election systems company Smartmatic as a monumental fraud, and they have focused on this inquisitional organization in the only objective: subdue citizens by every means possible including selective/random assassinations, to continue imposing their plans of domination, hunger, fear and death to the Venezuelans, to perpetuate themselves in power.

Oscar Perez and his fellow agents summoned Venezuelans to a civic and military disobedience, based on the mentioned Article 350 so that together as a nation, we could end to the Castro-communist usurpation that generated the worst massacre in our history in the months April-May 2017.

At that time, the ORDEN Nationalist Movement issued a statement, giving total credibility to the rebels. However under the pernicious government propaganda unfortunately confused many Venezuelans, spreading the misinformation that the leaders of the ruling Socialist Party PSUV and the Opposition coalition (MUD) were responsible for the Oscar Perez and his companions’ actions, and of detonating a smoke bomb in a false flag attack to divert the public opinion of the real effect of the demonstrations. They depicted the rebel group and their videos as another spectacle of this government.

Perez made great effort to avoid loss of life

It is important to note in this moment, after the massacre of the rebels that were protected by our Article 350, that the nature of their intentions was proved to harm no people. In mid-December, they took by assault a command post in San Pedro de Los Altos, in the Miranda State, 45 minutes away from Caracas, the capital. Oscar Perez and his companions demonstrated the nobility of their actions, by conducting a clean, flawless operation without injuring anyone, much less killing or even beating their uniform partners. They stated repeatedly they did not intend to kill the troops who were in the place. The rebel group respected the lives and gave a proper treatment to their fellows imprisoned until they leave with AKs, ammo and hand grenades.

The 1992 coup was a very different situation. This coup, led by Mr. Hugo Chávez, the troops executed civilian personnel, private guards that worked for Venezolana de Televisión channel. In the struggle throughout the city, hundreds of Venezuelans died. Even civilians were gunned down in their cars, completely unaware of what was happening that early in the morning.

The actions of the Oscar Perez rebel group were different, mostly aimed to bring the people out of their homes to defend their freedom.

The helicopter where the rebels ran away to their clandestine hideouts showed a banner, with the inscription “350 Libertad“, in reference to the article 350 of the Constitution, urging the Venezuelans to not recognize a regime that contradicts the democratic freedoms that Bolivar described.

The 36-year-old police instructor had uploaded a video to his Instagram account in which, with his uncovered face, surrounded by four soldiers armed with rifles and covering their faces, proclaimed: “We have two options, to be judged tomorrow by our consciences, or to get rid today of this corrupt government, we are Warriors of God and our mission is to live at the service of the people, Long live Venezuela!”

In another video, part of a series of 5, he appealed to the support of Venezuelans, denying a partisan association, but letting people know very clearly that he was on the side of Jesus Christ. He claimed to be part of “a coalition of officials, police, and civilians on the lookout for balance, and against this transitory and criminal Government”.

The harmless attack (15 shots to the walls and roof, and 4 flashbangs, one of them shattering a window) to the Court took place in the midst of a violent hostilities escalation in the streets, protests and repressive actions that left 80 dead due to police violence. The demonstrations grew exponentially, and they became chronic once the Venezuelan Supreme (illegally designated by President Maduro and the leaving members of the Assembly, after they already had lost the position and before giving control to the new Assembly in January 2016) decided to assume the control and power of the National Assembly, declaring an Assembly chosen by 11 million as being under “disobedience”. Judges of a Court, named by Maduro, without the needed academy for those positions, ignored the decision of more than 10 million electors. The legislature organization then left under heavy fire, being disqualified because they were mostly opposed to Maduro.

Oscar Perez could still be victorious

The good news is that the extrajudicial execution of the rebel policeman officer Óscar Pérez and his small rebel group by the Venezuelan dictatorship last January 15, could have a further impact that will be much greater in the coming events than what many could believe. This extremely excessive use of brute force against a group of agents and civilians protected by the Article 350 will be a powerful evidence to help open an investigation into President Nicolás Maduro in the International Criminal Court.

Unlike the Human Rights Commissions of the United Nations and the Organization of American States, the ICC can prosecute individuals, including presidents, instead of the diluted responsibilities when the state prosecutes. If the ICC decides to open an investigation and Maduro is found guilty, an international warrant for his arrest could be issued.

The OAS General Secretary, Luis Almagro, and other leading organizations are close to completing the filing of cases against Venezuela at the ICC. This should happen in the next three weeks.

To open formal investigations into the Maduro´s regime, the ICC prosecutor must find criminal evidence against humanity, and these should be widespread, in long scope, and systematic. The evidence quoted by legal experts show the Maduro decrees. These executive orders explicitly authorized the brutal repression of street protests that left over 100 people dead last year, over 5,400 arbitrary arrests by street protests in the last 12 months, and 114 political prisoners, including the opposition leader Leopoldo López.

Meanwhile, the economic and supply crisis, a brutal inflation and a rise in violence and homicides continued to hit the daily lives of Venezuelans.