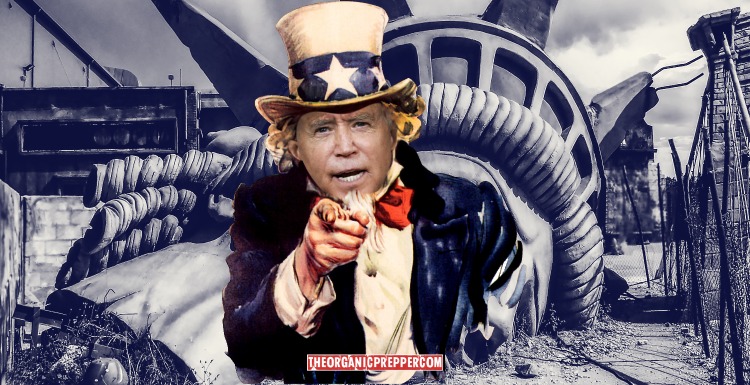 The US government is in financial trouble. They’ve been printing trillions of dollars backed by nothing, spending it on all manner of programs after they destroyed the economy during the first wave of Covid, and we’re $29,925,803,421,559 in debt as of the writing of this article, the highest it has ever been. The government is out of money, they have to get it from somewhere, and that somewhere is YOU.

Did you know at our current level of debt that the United States is paying $900 million a day in interest?

Obviously, this is unsustainable. But instead of cutting spending like the rest of us would do if facing such insurmountable numbers, there are bills on the table of Congress for trillions more in spending.

Some of the things the government wants to spend money on

The President wants to forgive student debt. So, who is left holding that bill? The taxpayers, of course.

In terms of its scale in budget and cost to taxpayers, widespread student loan forgiveness would rank among the largest transfer programs in American history. Based on data from the Department of Education, forgiving all federal loans (as Senator Bernie Sanders proposed) would cost on the order of $1.6 trillion. Forgiving student debt up to $50,000 per borrower (as Senators Elizabeth Warren and Chuck Schumer have proposed) would cost about $1 trillion. Limiting loan forgiveness to $10,000, as President Biden has proposed, would cost about $373 billion. (source)

Who will foot the bill for Build Back Better? Good guess. Of course, we will. The bill would be funded by “about $470 billion in corporate tax increases, $530 billion in individual tax increases, and $148 billion net from additional IRS tax enforcement” according to TaxFoundation.org.

All of the nonsense about only raising taxes on the wealthiest Americans and big corporations is just that – nonsense. Here are just a few of the schemes in the works to part Americans with their money. (Just in case inflation isn’t hitting you hard enough.)

You know how President Biden talked about only raising (and going after) taxes on those big corporations and wealthy people who aren’t paying “their fair share?” Here’s a clip to remind you.

So if we’re going after folks like Jeff Bezos or Elon Musk, then why is Biden so adamant about demanding Paypal, Venmo, and other money transferring apps report any earnings over $600?

“For the 2022 tax year, you should consider the amounts shown on your 1099-K when calculating gross receipts for your income tax return,” PayPal said on its website. “The IRS will be able to cross-reference both our report and yours.”

The change to the tax code was signed into law by Biden as part of the American Rescue Plan Act in March 2021.

Previously, the payment apps only had to tell the tax authorities when a user had more than 200 commercial transactions per year that exceeded $20,000 in total value, an explanatory document on the tax change reads.

So what will the government do with this information?

According to the IRS, the data collected will only be used for “taxpayer education and outreach products and services” as well as “new examination and collection approaches.” (source)

When did an extra 600 bucks put us in the same category as the billionaires that Biden demanded pay “their fair share?” And if you think that the IRS will only use this information for “education and services” I have some beachfront property in Nebraska for you.

Every time I see California in the headlines I breathe a sigh of relief that I moved. It was a beautiful state with wonderful people, but the government made things completely unaffordable for a middle-class person – and I lived out in the boondocks, nowhere near Los Angeles or any of the wealthy enclaves. Taxes were outrageous when I lived there. Fuel was unaffordable. Electricity was unreliable and expensive. And now, a constitutional amendment is on the table (ACA 11) that wants to double income taxes on Californians.

Why? To pay for single-payer health care.

What would double income taxes look like? According to analyst Jared Walczak, it “would increase taxes by $12,250 per household.” But that’s not all. It would effectively punish businesses for growing and expanding with untenable tax burdens. And there’s more. This double income tax “would be imposed in addition to tangible property taxes and an 8.84 percent corporate income tax.”

Here are a couple of examples of how businesses could be affected.

For instance, the payroll tax exempts employers with fewer than 50 resident employees, punishing small businesses for expanding and creating a meaningful tax cliff. Imagine, for instance, the overly simplified hypothetical of a company with 49 employees making $80,000 each. At 49 employees, the company has no payroll tax burden. Hiring one additional employee generates a tax bill of $90,000—more than that employee’s salary!

Gross receipts taxes are widely understood as extremely disruptive and inequitable taxes, because they are imposed on businesses without regard to their profit margins. For low-margin businesses like supermarkets, 2.3 percent of gross receipts may literally exceed current profits even if the company is doing well. For instance, Kroger’s profit margins dipped to 0.75 percent in late 2021 and have historically hovered around 1.75 percent. These taxes are even worse for businesses posting losses, including startups that haven’t turned profitable yet, because they are taxed on their receipts even if their expenditures exceed revenues. For startups, a high-rate gross receipts tax could be disastrous. (source)

The mind-boggling effects of this taxation are discussed in the video below.

If Brian is correct and such madness occurs, the state could crumble from within. And then guess who will be left footing the bill? Oh yeah. The rest of America. Again.

Secretary of Transportation Pete Buttigieg, who did nothing I’m aware of to help with the supply chain issues we’ve been facing, has a master plan for fixing our roads. He’s going to set us all up for a new wave of traffic infractions by lowering speed limits and increasing speed trap cameras.

Um, wait…he’s trying to reduce the national crisis of traffic fatalities. Sorry, I misunderstood. I thought it was just a money grab.

Secretary Pete wants to take the 1.2 trillion dollars from the Build Back Better infrastructure program and not actually fix the roads…No. He wants to use it to issue more speeding tickets via cameras. It’s more “equitable” than police stops.  Tucker Carlson writes:

So what are we going to do about this? What is the $1.2 trillion dollar plan going to do for our crumbling infrastructure? Well, Pete Buttigieg has a plan. Here it is: More speed cameras, according to The Associated Press, Pete Buttigieg would like to quote promote greater use of speed cameras, which the department says could provide more equitable enforcement than police traffic stops.

Got that? So because of equity, you’re about to get a lot more speeding tickets from robots. See how that works? Shut up, racist, pay the fine. The government does need the money for infrastructure even after $1.2 trillion. (source)

Some of the infrastructure money will also go to hire people of color and women, as well as toward climate initiatives.

But it won’t go to fix the roads.

It’s about to be darned expensive to be an American.

We already have the most expensive healthcare in the world . We rank 21st in cost of living (although, I suspect that’s soon to change and not for the better.) We’re running the gauntlet of inflation.

Soon, these terrible decisions are going to turn us into a third-world country. And unfortunately, most of it is out of our hands. The government has done a dreadful job economically, but the American people will be the ones to pay the price. 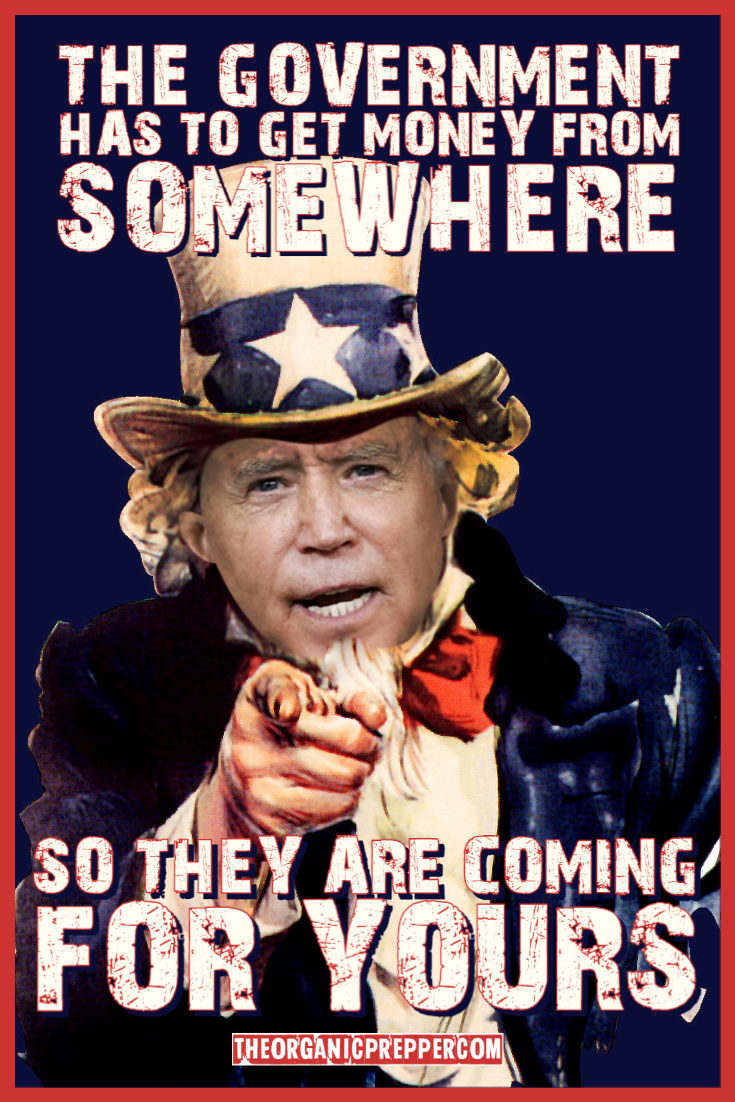