GMOs Haven’t Gone Away. Here’s What’s Coming to a Grocery Store (and Town) Near You. 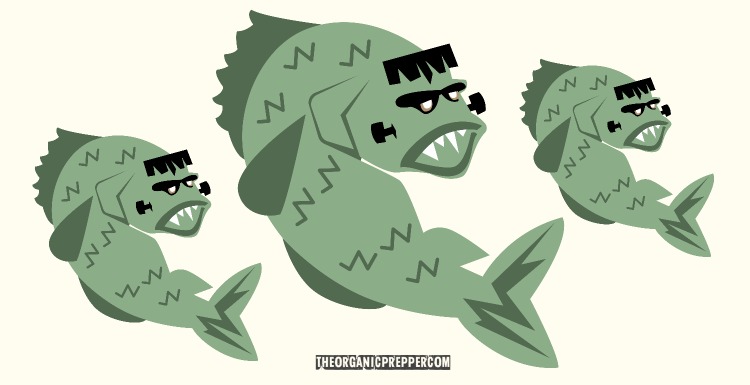 by the author of The Faithful Prepper and Zombie Choices.

Did Will Smith’s I Am Legend teach us nothing? It seems as if we can get away from scientists who want to modify the genetic code of all the world around us, producing more and more GMOs. While we already have Bill Gates planning to darken the sun (not genetic modification, but a bizarre and potentially very dangerous modification all the same), we now have a series of other serious experiments being released upon the American public.

(A huge shoutout to Patrick Wood over at Technocracy.news for raising our awareness of these issues. If you haven’t already, make sure you check out his fantastic site.)

The Frankenstein mosquitoes (mosqui-GMOs?) were approved.

Do you remember those genetically modified mosquitoes that were in the news cycle a year or so ago?

Well, just this past week, the Environmental Protection Agency approved the release of these Frankenstein mosquitoes in both California and Florida. The hopes here are that these modified males will mate with female mosquitoes, with the end result being the transmission of a kill switch in the offspring that causes them to die before they mature.

What does this mean, though? Is that ‘kill switch’ transmissible via bite? Will these mosquitoes create new viruses? Will this result in some type of mutation being passed onto the female? Will a mass mosquito die-off cause a mass bird, frog, or lizard die-off? In turn, what would that mean for the rest of the insect population in these areas? Would the death of these insect-eating animals result in a plague of ticks, crop pests, or other havoc-producing insects that were otherwise in control?

Within California, these mosquitoes are set to be released in Tulare County.

Now, this is probably nothing, but it is interesting to look at this map from 2020 of California. Find Tulare County in the south. To be fair, Stanislaus, Fresno, and San Bernardino also have potential scheduled mosquito releases in the near future as well.

Hopefully, these GMO mosquitoes will respect the boundaries of the counties they are released in – stopping right at the edge -and won’t continue to spread throughout other regions of these states that are adamantly opposed to Frankenstein bugs being released in their areas.

This research is being funded by the Bill and Melinda Gates Foundation and is allegedly being used to target the Aedes aegypti mosquito that first mysteriously appeared in California back in 2013. The state goal is to combat Zika virus, dengue fever, and yellow fever in both Florida and California. North America isn’t even on the list of where the CDC considers one to be at elevated risk of catching yellow fever. According to Florida.gov, it only occurs in parts of South America and Africa.

So, combating yellow fever doesn’t seem to be a coherent reason to release GMO mosquitoes upon the public.

Dengue fever does take place within the US, but by no means on a large scale. Typically, it’s US territories that have a more common problem with dengue. Virtually all of the dengue fever cases that the US sees on the continental US are the result of travelers who came down with dengue fever as they were outside of the US.

This doesn’t appear to be a solid reason for GMO mosquito release either.

(We have an interesting theory on Zika virus, by the way.)

So, what gives? Why the release of a solution for a non-existent problem? Is there some other reason for the release we’re not being told about? Or, should we just accept things at face value here?

This will be the largest release of GMO insects in world history.

Are you ready for “genome-edited” beef?

Also in the news for this week within the realm of the GMO world is that the FDA has now approved genome edited beef as being safe for human consumption.

According to the FDA, there are zero safety concerns involved with eating the type of genome-edited beef they’ve declared to be safe. The cows in question have had their DNA altered via CRISPR technology – a type of gene-editing technique. The genetic material of these cows has been toyed with to create cows that have a slick coat that makes them better able to tolerate areas of high heat.

You take the first bite. I’ll watch on this one. Probably a good time to read our free QUICKSTART Guide on building up your food stores, right?

Does this open up the door for other forms of genome editing with beef in the future that don’t come across as innocent as just changing the coat of the animal? We’ve already seen scientists work on taking the “stress gene” out of pigs so that they can be raised in atrocious confined-animal feeding operations (CAFO) conditions without the pig disliking it. Are you going to see more of this type of technology being used in the future with your food?

Genetically engineered salmon is ramping up for widespread American production.

Yet another piece of news we’ve seen this past week is that the Center for Food Safety has filed a Freedom of Information Act lawsuit against the FDA due to their refusal to release records on how genetically engineered salmon could impact America.

The FDA has said that it needs approximately two years to produce the records. The salmon in question is being produced in Ohio and utilizes DNA from the Atlantic salmon, the Pacific king salmon, and the Arctic Ocean eelpout to create the final product. It is the first genetically engineered animal that has been approved by a government for food.

How could these fish impact our rivers and streams? Will they prove to be akin to the snakehead? Will they eat all the food other fish would normally feed on? What will these fish do to our bodies? Are they safe to eat? Do we know they’re safe to eat? Could crossing three different types of fish together like this result in our accidentally crossing over three different types of viruses or bacteria into something else? Could we create the perfect breeding ground for a zoonotic virus?

These are all questions about GMOs that deserve serious thought.

These types of discussions are only going to become more and more prolific in the near future as mankind repeatedly finds itself face to face with more and more scientists attempting to tinker with genetic information. And you may not like where a lot of these questions will lead.

What are your thoughts on GMOs? Do you have more that you can add to the conversation? Let us know in the comments below.