Survival Saturday: Should You Really Be Worried About Zika?

This week’s Survival Saturday discusses whether the Zika virus is the next terrifying pandemic, the national war on homeschooling families, some throwback government propaganda, and the tragic repercussions of a socialist government in Venezuela.

Survival Saturday is  a round-up of products, the week’s news, and recommended reading material for folks who are interested in being prepared. 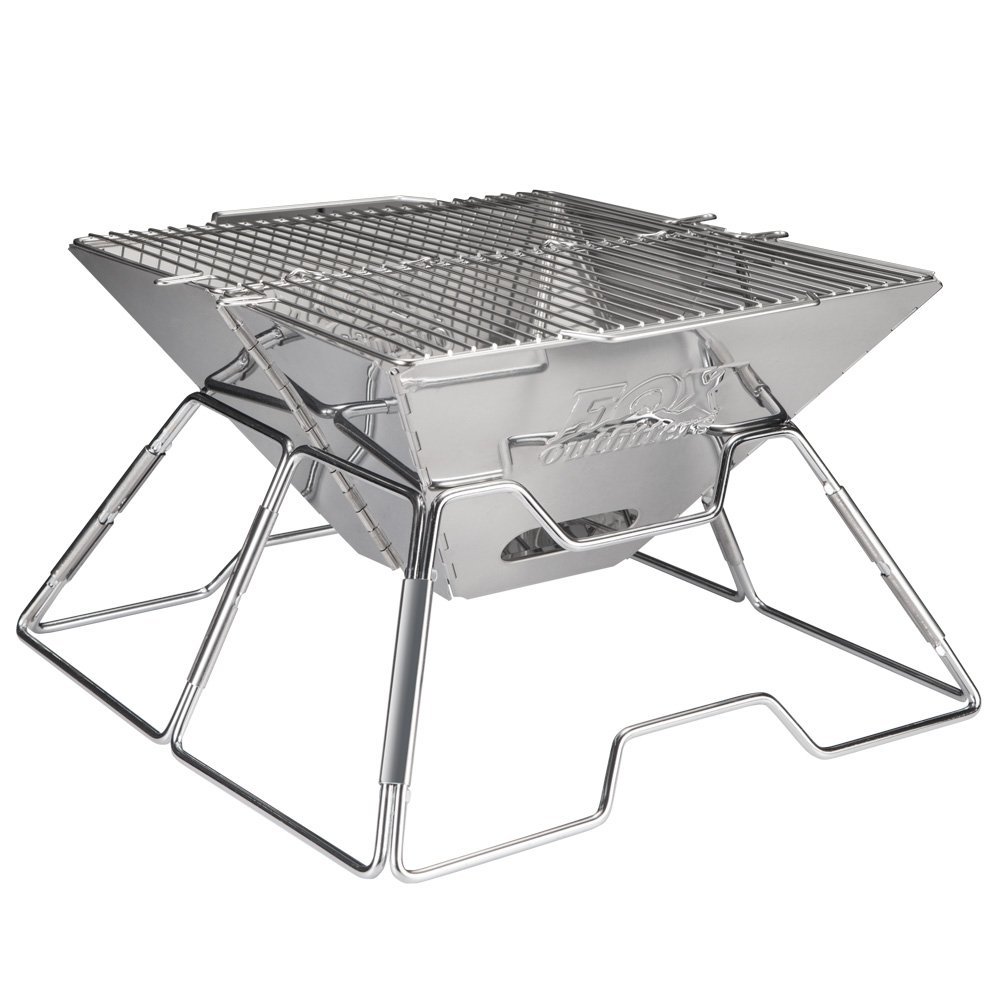 How will you cook if the power goes out?  What if you have to bug out? If you don’t currently have a blackout cooking method, this cute little portable grill is a great thing to add to your off-grid cooking supplies. It folds up small enough for a backpack and can be used with both charcoal and wood. At the time of posting, the grill is one of Amazon’s flash deals, and you’ll save 58% off the regular price. Order quickly before the supply at this price is gone. 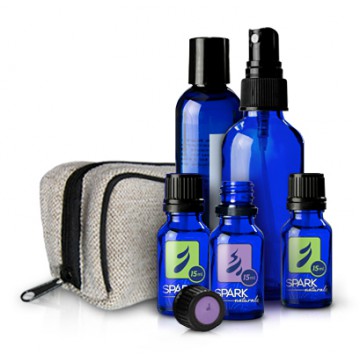 Are essential oils part of your medical preparedness plan? Then you need to check out the Ultimate Survival Kit from Spark Naturals. Get the following supplies at a highly discounted price when you buy the kit:

Nothing says “romance” like a bunch of zombies, intent on eating you.  Just a reminder to Walking Dead fans! Our favorite survivors will be back on Valentine’s Day. If you (like me) don’t have cable, you can watch it HERE on Monday to find out if Alexandria has indeed fallen.

This Week in Preparedness

How’s that socialism working out for you, Venezuela? The economic collapse of Venezuela has been slow and painful to watch. The citizens have fallen victim to poor government and socialist policies, and now they are really “feeling the Bern” of those unsustainable choices. After the terrible struggles of the last year, the country has reached a new depth. Government officials have announced of “nutritional emergency” because they are officially out of food. Most people expect an economic collapse to be shocking, instant, and dramatic, but really, it’s far more gradual than that. Many people don’t see that America is in terrible shape economically and that the situation is only getting worse. For example, 1400 American skilled labor jobs were just sent to Mexico, while the average debt of Baby Boomers has increased more than 169% during the past decade. Unfortunately, our economic demise could be sped along by voters hungry for “free everything.” (Note these rather alarming democratic primary polls.) Those who are fans of Bernie Sanders and his socialist agenda would be wise to take note of the events in Venezuela.

There’s a war on homeschooling in America. The freedom to educate your children without interference from the State is taking one hit after another. In Ohio, two families are facing jail time for missing a filing deadline of which they were completely unaware. Because, you know, you’re only free if you fill out the right documents and get permission from the government to be free. Nevada’s truancy laws are so tough that many homeschool parents find themselves on the wrong side of them. A family in West Virginia received a surprise visit from Child Protective Services last month. When the stunned mother asked why, the social worker said, “Well, it looks like we’ve got a report here of unsocialized homeschoolers.” Here in California, many families use charter school programs for homeschool in order to stay in line with the many regulations. That may soon be a thing of the past, though, because groups calling charter schools “elitist” and “discriminatory” have created an initiative that would close every charter school program in the state (and revert all holdings to the regular public school system.)

Is Zika really a horrifying pandemic threat? I’ve been uncharacteristically silent regarding the whole Zika virus panic. Despite my keen concern about the possibility of a horrifying global pandemic, there’s something about this whole scenario that doesn’t seem quite right to me. From a preparedness point of view, I’m not terribly worried so far about the Zika virus as the next epic pandemic. First of all, the symptoms of Zika are fairly minor.  Secondly, no one knows exactly  how it’s transmitted. While mosquitoes are one culprit, there is also evidence that it can be sexually transmitted, and for quite some time. As of now, there is no proven link between microencephaly and Zika, despite the mass media’s claims that the babies’ birth defects were caused when their pregnant mothers contracted the virus.  Here’s a link to the things we actually know about the Zika virus.

The theories on Zika and microcephaly. It’s notable that the outbreak of Zika can be traced to the very place that genetically modified mosquitoes were released last year to reduce the incidence of dengue fever. While the CDC discusses how they’ll “protect” Americans from the virus (to the tune of 1.8 billion dollars), more and more research points to something quite different than a bug with a bug. Microcephaly (babies with tiny heads) is rampant in Brazil, where the virus seems to have started, but is a cover-up afoot? Other theories include a large uptick in pesticide use in Brazil or the tDAP vaccine that was mandated for all pregnant women about a year ago. One particularly compelling theory is that the larvacide being heavily sprayed and added to the drinking water in low-income areas is the culprit.(This began in 2014.) Here’s what Mike Adams had to say about it:

The Argentinian doctors’ report lists Sumitomo as a “subsidiary” of Monsanto. As GM Watch reports, “Pyriproxyfen is a growth inhibitor of mosquito larvae, which alters the development process from larva to pupa to adult, thus generating malformations in developing mosquitoes and killing or disabling them.”

Hmmm… a growth inhibitor of developing organisms? Does that raise any question marks with anyone when considering the under-developed cranial and neurological systems of the children being victimized in all this?

If this theory is correct, then an enormous coverup (another one) is being perpetrated to cover the fanny of  a Monsanto subsidiary, as they wreak more global havoc as purveyors of toxic chemicals.

Here is today’s lesson in the History of Government Propaganda.  Check out this throwback government propaganda video, in which people are told that it is their civic duty not to bug out even in the face of nuclear annihilation. Instead, they should remain in their homes and report to work, lest they be considered treasonous deserters. 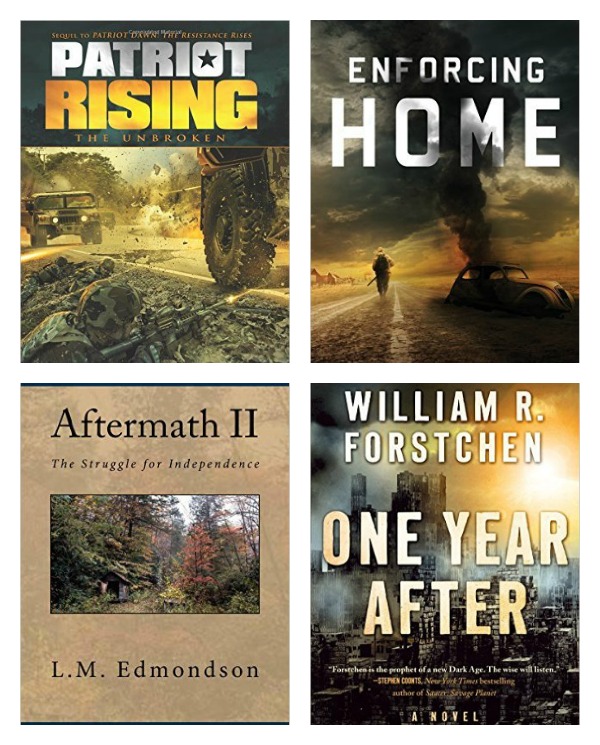 It took long enough!  Dystopian fiction fans will rejoice to learn that some of our favorite authors have released their newest installments recently.

Patriot Rising: The Unbroken: Max Velocity, tactical trainer extraordinaire, is back with his follow-up to Patriot Dawn. “The totalitarian Regime remains in power, fighting against the forces of Resistance and the Southern Federation. With Russian and Chinese forces advancing, the storm of war is rising. America is in its death throes, as the forces of tyranny stamp out liberty across the country. Following the assault on Washington D.C. by the Southern Federation, Jack Berenger must escape the city with his Resistance forces.”  This book is every bit as exciting as the first one and it’s like a training manual in the form of a gripping story.

Enforcing Home: If you are an A. American fan, you’ve probably been chomping at the bit while waiting for his most recent addition to the Survivalist Series. I can promise that you won’t be disappointed, as he proves yet again why he is one of my favorite authors in the realm of preparedness fiction. In this book, it seems like things might be beginning to settle down into a new kind of normal. When Morgan is made Sheriff, however, things change. “New foes will arise and old ones will return to conspire to destroy his efforts. Morgan’s group will suffer loss, injury and constant assault. His new position has made him a target, as well as those he loves. The peace and tranquility that the group has fought so hard for will continue to elude them. The fight, as Morgan soon learns, is just beginning.”

Aftermath II: The Struggle for Independence: LeAnn Edmondson picks up where she left off with the second in her series about the event that changed the world as we know it. With 70% of the American population believed to be dead, survivors must deal with local criminals, protect themselves against those fleeing the cities,  and avoid being rounded up by the UN’s humanitarian dragnet.

One Year After:  If you haven’t read the chilling book, One Second After, stop what you’re doing and read it right now! It will change the way you prep forever. Then, once you’re finished, pick up William Forstchen’s brilliant sequel, One Year After. This book takes place a year after an EMP wiped out the power grid in North America, causing the deaths of countless citizens. In the sequel, those who survived the first terrible year must contend with a government keen to take control of every aspect of their lives – for their own best interests, of course. John Matheson finds himself unwillingly forced into the schemes of the new government, and must again fight for his family’s safety and freedom. While I must admit that I liked the first book in the series more, this follow-up is definitely worth a read.

Add It to Your Library 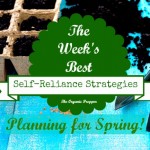 This week’s Self-Reliance Report is all about getting ready for spring.

It’s here: that time of year when it’s still winter, but the anticipation of spring is in the air. (And possibly on the table in the form of seed and nursery catalogs!)  One of my favorite parts of self-reliance is the planning and the dreaming. This week, we’ll talk about planning a self-reliance garden, building a one-year food supply the old-fashioned way, and prepping for blizzards. (I’m pretty sure winter’s not over just yet!)

Click here to read this week’s collection of strategies, made up of the articles, books, DIYs, and products that I found useful on my own little prepper’s homestead.

Do you have any news links you want to share? Now’s the time! You are absolutely welcome to post your links in the comments below. Let me know what you think of this week’s round-up, too. What are your thoughts on Zika, Venezuela, homeschooling, and the propaganda throwback?

How People Survive (Or Not) in a Collapsed Economy