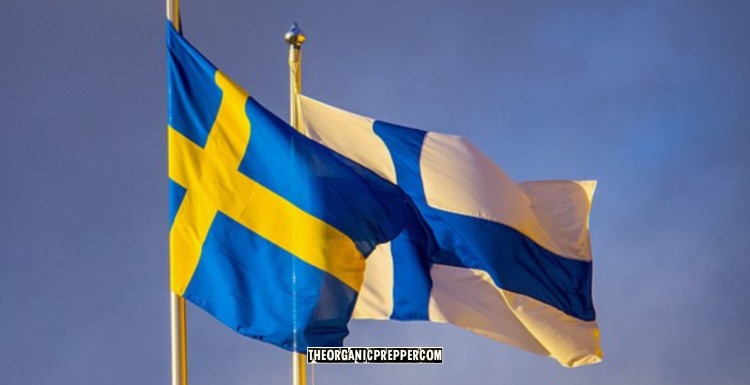 Both Finland and Sweden are now taking the next steps to begin the application process for NATO membership starting late next month. Two different Norse media outlets broke the story: the Swedish tabloid Expressen and the Finnish newspaper Iltalehit.

Though both nations have long-avoided NATO membership due to the desire to stay neutral – particularly throughout the Cold War – this attitude now seems to have taken a 180-degree turn. Both nations state that the Russian invasion of Ukraine has caused them to change their minds on the matter.

Swedish Prime Minister Magdalena Andersson (Another?!)– a pre-Russia invasion proponent of Sweden becoming a NATO nation – has said that “everything has changed” for Sweden ever since February and that, as a result, Stockholm must be “prepared for all kinds of action from Russia.”

(For the record, Finland’s prime minister is Sanna Marin. She has World Economic Forum connections as well.)

According to the Iltalehit, Sweden recently contacted Finland about the two countries filing jointly for NATO membership on May 22. While it’s unlikely that these two nations will actually become NATO nations on May 22, the process to begin to become NATO members very well could start in less than a month.

Vladimir Putin has long warned the Norse nations against joining NATO, stating that there would be swift military action taken against the countries should they attempt to do so. Last week, Russian Foreign Ministry spokesperson Maria Zakharova said that if the two Norse nations joined NATO, they will face consequences.

“It’s obvious that if Finland and Sweden join NATO, which is, first of all, a military organization, it will entail serious military-political consequences, which would require retaliatory steps by the Russian Federation.” – Maria Zakharova

Moscow lawmaker Vladimir Dzhabarov was more straightforward with his warning. He said that if either Finland or Sweden joined NATO, it would mean “the destruction of the country.”

How could this take place?

Well, according to Russia, nukes aren’t off the table.

Dmitri Medvedev, the deputy chairman of Russia’s Security Council, has said that not only will Russia strengthen its forces throughout the Baltic Sea, but that “There can be no more talk of any nuclear-free status for the Baltic. The balance must be restored.”

How large are the respective armies?

(Make sure you check out our free QUICKSTART Guide to what to eat when the power goes out. You know, in case of a cyberattack.)

All signs seem to point to both Finland and Sweden going through on their prospective NATO member applications. Should this take place, there is no reason to believe that there will not be military action taken against both nations. We saw the same warnings prior to Ukraine, and action resulted. We could very well see the same thing here.

What’s more, though, is that this will lead to outright Russian war with NATO. Should Finland and Sweden follow through with this goal of joining NATO, and should they be attacked, then Article 5 of NATO’s charter demands that the other members of NATO must now come to the defense of the attacked nation.

NATO forces are well-trained in cold weather environments. After all, they just finished Cold Response 2022 in Norway on April 1 – the largest Cold Response training exercise as of yet. There are currently approximately 40,000 NATO troops along the eastern NATO member nations, has plans to put much larger groups of troops in Europe to repel a Russian attack, and is looking at the creation of four battle groups of 1500 troops to be strategically placed throughout Europe as something of a quick reaction force.

So now, we currently have a war in Europe, largely as a result of NATO expansion. We have other nations that are now looking at joining NATO. We have massive amounts of troops being built up throughout Europe. Massive amounts of Russians are already in Ukraine.

There is nothing good to come from this, and you need to be prepared.

Do you think that Finland and Sweden will be welcomed into NATO? If so, do you think Putin will retaliate, officially kicking off World War 3? Share your thoughts in the comments.