Who Are the Fathers of Survivalism? 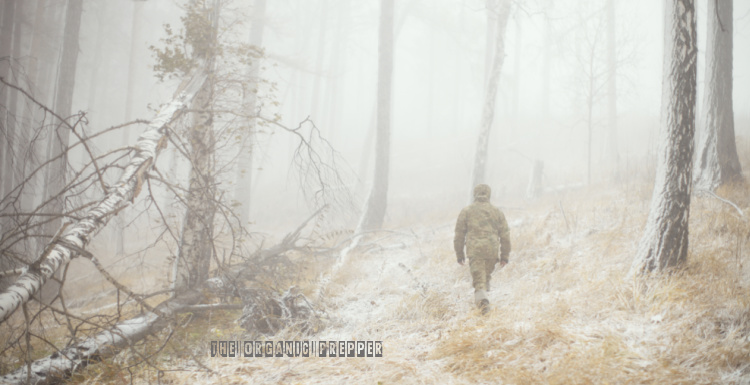 These men saw the trouble that was being set up for the United States and sought to do what they could to save as many of their fellowman as possible by broadcasting their ideas on what it would take to survive war, financial collapse, and more on American soil.

Really, I think (many of) these men were spot on with their analyses, they were just off on the timing. It seems as if now we are seeing the fruition of the dangers these men pointed out so long ago.

Inflation is running rampant, grocery store shelves are barren, we are at risk of war from many angles, and tyranny is growing unchecked. And these men knew this was coming.

So, just who were these men? Who are the fathers of survivalism? Let’s take a look….

Personally, I consider Rawles to have had a larger impact on the world of survivalism than anybody else in history. His blog SurvivalBlog.com was started in 2005, serving to become the largest website on survivalism ever created, bringing effective information to millions for free.

His series Patriots is wildly popular, having been a best-seller on Amazon, and is often considered a classic text on both being a prepper and survivalism.

It was SurvivalBlog.com which was this author’s first touch (outside of various TV shows on primitive survival years prior) with prepping.

One of the most prolific writers of survivalist books (within the 70s-80s) would easily be Ragnar Benson. He’s also one of the most controversial survivalist writers. Ragnar wrote well over 35 books dedicated to homesteading, DIY medicine, survival, retreat building, trap creation, and more.

It’s the “and more” of Ragnar’s writing which has cast him as such a controversial writer. Many of his books have actually been banned from appearing in many countries. Not much is known about his personal life.

To my knowledge, Larry Dean Olsen opened the very first primitive skills/survival schools in the country. He founded the Boulder Outdoor Survival School in Utah in the late 1960s after taking a trip with several of his fellow students (he was in college at the time) into the wilderness for 30 days to live off of the land.

Without the early survivalist movement, what would have come of the prepper movement? Larry Dean Olsen created a massive ripple effect.

One of the largest writers on self-defense via firearm, particularly within the realm of survivalism, is easily Jeff Cooper. He wrote extensively on pistols and rifles, was the man that pioneered shooting a pistol with two hands rather than one (via his beloved “Modern Technique”), and his pamphlet Principles of Personal Defense is a beloved classic. [source]

Clayton wrote a number of survivalist books, but what he is most popular for is his 1980 book Life After Doomsday. Published by the now-closed (in 2018) Paladin Press, Life After Doomsday was what opened the eyes of many to the threats of nuclear war, as well as showing them what they could do to prepare for the mushroom cloud.

Survivalism has a long history with focusing on precious metals rather than either the stock market or fiat currency. Howard Ruff is part of the reason why. Working as a financial planner, Ruff consistently advocated that his clients put their money into gold and silver rather than stocks or bonds, spreading his message via his newsletter, The Ruff Times.

He also wrote heavily about the threat of financial collapse though, publishing books such as How to Prosper During the Coming Bad Years.

Here is the man who likely coined the term ‘survivalist.’ Saxon started a newsletter in 1975 called The Survivor which predominantly talked about primitive skills and technology. You can see an example of it here. From what I’ve seen about his personal life, the man was absolutely nuts, but there’s no doubt that his writings had an impact on the spread of survivalist know-how.

Strategic Relocation is hands-down the best book you’ll ever find on establishing a survivalist retreat, and it was to this topic that Skousen has largely devoted himself. He’s written a number of books on the subject, while simultaneously writing heavily on political philosophy (mainly on his outdated website).

(To see our thoughts on bugging-out be sure to check out our free QUICKSTART Guide as well as this book.)

One of the predominant survivalist writers of the 70’s would easily be Mel Tappan. Rawles quotes from Tappan extensively throughout his books/website, and Tappan’s Survival Guns and Tappan on Survival are some of the pioneering works of literature within the genre.

He was able to reach an incredibly broad audience via his regular newsletter Personal Survival Letter (often abbreviate to the P.S. Letter), his Survival Notes column in Guns & Ammo magazine, and his columns in Soldier of Fortune magazine.

Within the more modern era, one would be hard-pressed to find any author who has taught as many bushcraft and survival skills via book than has Lofty Wiseman with his SAS Survival Guide. Published the in 1986, this book is still in print, and has sold thousands of copies.

Though his opinions on gun laws are laughable (he believes the UK likely has the best firearm laws in the world. Don’t people have to defend themselves with narwhal tusks there?), this is an essential text for the survivalist as I’ve yet to come across any book which covers so many aspects of survival in such a pleasing format.

What’s the best book on nuclear war survival ever written? Without a doubt, it’s Kearney’s Nuclear War Survival Skills. Kearney wrote this after his stint as a soldier in World War 2 teaching soldiers tactics in jungle warfare (Kearney had previously worked as a exploration geologist in the jungles of Venezuela).

Where would we be without these men?

If we were just now having to figure out all this today – what it took to preserve food, live in the wild, defend ourselves, etc. – where would we be? It’s an interesting question, is it not? These men served as the fore-bearers of that knowledge to the American people.

I am thankful for what they have done.

What are your thoughts on the situation though? Are there others you believe we’ve missed? Are there other books from these writers you’ve enjoyed? Let us know in the comments below!