And a FAMINE Is Looming Over the United States 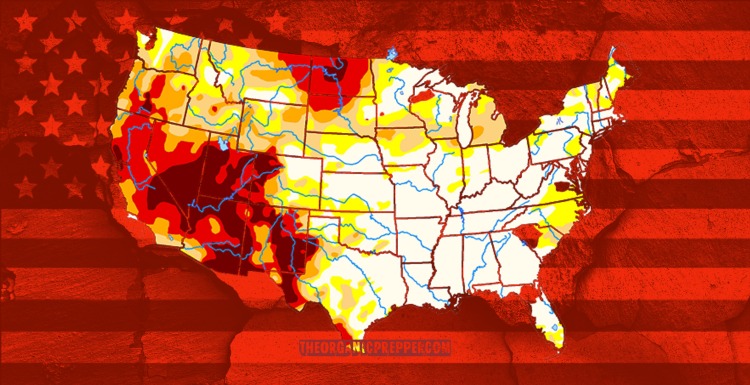 In an effort to raise awareness of the U.S.’s looming famine, I recently wrote, “Are You Ready For The EVERYTHING Shortage?” As hyperbolic as it might seem, that title is not an exaggeration. It’s the future we face if we don’t do something to change course.

Also, over the past several months, I’ve written several articles to alarm activists and preppers alike regarding the coming shortage of necessities like food and water. And virtually everything else.

In the article I mentioned above, I wrote about global shortages and coming shortages facing the worldwide economy. And my other articles warned of food, chip, fuel, and commodity shortages. I also wrote about inflation, crop failures, and scarcity of any goods consumers may need or want.

I will save you my rehashing of that article, but another that I suggest you read is my article entitled “Next On The List of American Catastrophes? A Western Megadrought.” This article details a drought in the American West that is not coming but is already here. I drew the connection between this drought and the future effect of food shortages in America. Many might have ignored that warning.

A month later and the drought is still here, and so are its effects.

Some farmers aren’t even bothering to plant.

In California, some areas are so dry that farmers are not even bothering to plant crops this season. Growers located north of San Francisco pulled out of local farmers’ markets and now produce-box programs. However, County Line Harvest, which farms around 30 acres in Petaluma, does not have enough water to grow the lettuces, peppers, and other produce that go into the subscription boxes. Many other farms nearby are saying the same thing.

California grows a third of the US’s vegetables and 2/3 of the nation’s fruits and nuts. Dry weather is now causing a significant hiccup in food prices and inflation that is already taking place across the US.

But California only has to hold on until the rainy season!

That has already passed.

Only the rainy season was anything but rainy.

And, of course, there are the wildfires.

As the drought worsens in California, the state has already had more than 900 additional wildfires than it did at this point in 2020. Which itself was a record-breaking year that resulted in more than 4% of the state’s land burned. This year’s fires have burned about five times as much land as they did last year at this time.

California’s mountains and foothills will see above-normal wildfire activity from June to August and possibly even into the fall. Keep in mind, about 94% of California is experiencing drought conditions ranging from moderate to exceptional.

Don’t believe me? Pay attention to the trees

Another tell-tale sign is the fact that usually, drought-tolerant trees in both Arizona and California are dying. As Wildfire Today writes,

Junipers are dying in Arizona from a lack of water. The East Bay Times reports that drought is likely responsible for dead or dying acacia, eucalyptus, and Monterey pines in East Bay Regional Parks near San Francisco.

In Arizona, junipers are succumbing to the 20-year drought and its two-year intensification, said Joel McMillin, a forest health zone leader for the U.S. Forest Service there. Officials haven’t done a precise count, but anecdotally, the die-off is 5% to 30%, with some patches up to 60%.

In California, normally drought-tolerant blue oaks are dying around the San Francisco Bay Area, said Scott Stephens, a fire science professor at the University of California, Berkeley. “They don’t have access to water. Soil moisture is so low. When you start to see blue oak dying, that gets your attention.”

That $3 burger just got real expensive

The drought is affecting the Dakotas also. In North Dakota, for instance, cattle ranchers see grazing lands die off because of no rain. No rain means no grass, which means no hay, which means no food for cattle. If the ranchers can’t sustain the cattle, they have to sell them off or cull the herd, and that is precisely what they are doing. And can you guess what happens when cattle and other livestock get culled? That $3 burger just got more expensive.

In fact, herd culling has reached the point where co-owner Larry Schnell says the auction has two sales a week, which will continue through May.

“We’re in extreme drought,” Schnell said. “We haven’t had a really good rain since September 2019.”

Parks are closing to prevent overfishing due to the drought

And in Colorado, the drought has become so bad that Colorado Parks and Wildlife Officials announced that they are closing a .6 mile of the Yampa River to prevent overfishing that would result from the drought. Because the water releases into the Yampa are “critically low” at only 20% of the average for this time of year and will likely soon fall below 15%.

And whatever you think might be the causes, there are no signs that any reasonable solutions will be discovered or implemented any time soon. The best course of action is to prepare and plan. Now.

What are your thoughts on this? Do you see any way it could be avoidable? How do you plan to prep for this possibility? Let’s talk about it in the comments.​