Ernest Hemingway Had a Few Thoughts on Hyperinflation 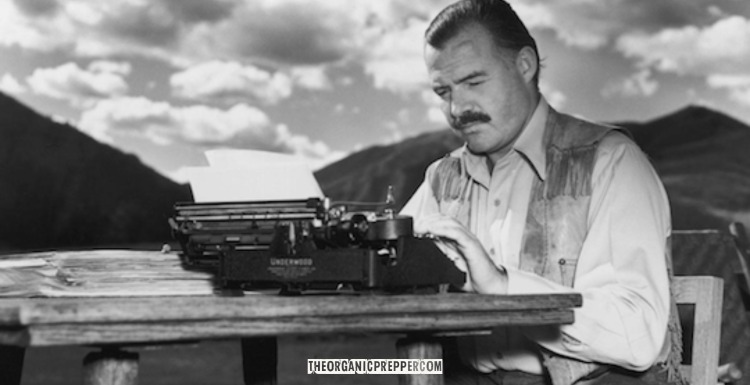 By the author of The Faithful Prepper,  The Prepper’s Guide to Post-Disaster Communications,

I’m not a big fan of Ernest Hemingway. Never have been. I enjoyed his The Old Man and the Sea, but I just found everything else that he ever wrote to be depressing and without any sense of closure. A Farewell to Arms? Bleh. For Whom the Bell Tolls? Bleck.

Give me Mark Twain any day. You can have the Hemingway.

But a friend of mine likes Hemingway, and after talking with him a bit, I decided to give ol’ Ernie another go. I picked up a copy of By-Line: Ernest Hemingway by William White, and there are actually a number of things that Hemingway had to say about life in post-World War 1 Germany that I thought may be of interest to the reader of Organic Prepper.

While I knew Hemingway as a novelist, I wasn’t familiar with the fact that he was a war correspondent for some time – spending years of his life traveling across the globe covering various current events.

German inflation from a street-level view

In September 1922, Hemingway related the story to the Toronto Star of an old man in Kehl, Germany, who likely had his life savings wiped out by the rampant inflation of the German mark. As a result, the man wasn’t even able to afford to buy an apple.

He also told the tale of a bakery in Kehl that was constantly swamped with Frenchmen. The French would travel across the border to take advantage of the incredibly low prices they would find in German restaurants due to German hyperinflation. The baker and his workers were sullen. Why? Because though they baked as fast as they could, their ovens were still unable to beat inflation.

It didn’t matter what they did – they were going to be screwed, and they knew it. And the end result would be their becoming men unable to afford a single apple. (One questions their wisdom by continuing to bake.)

These were the kind of boots-on-the-ground stories of post-WW1 Germany that I had been looking for for so long. Hemingway provided them, and I was pleasantly surprised.

Pushing a boulder down the hill of inflation…

In May of 1923, Hemingway returned to Germany once more – this time to Offenburg, Baden. Hyperinflation had hit Germany so hard by this point that Hemingway noted a glass of red wine now cost roughly the same as a night in the deluxe hotel he had stayed in just a year prior.

But it wasn’t just the German mark that was hit with inflation. Hemingway noted that the Russian ruble had seen the same, stating, “Russian money had been printed in million-ruble denominations as fast as the presses could work in order to wipe out the value of the old imperial money and in consequence, the money holding class.”

In other words, inflation was created in early communist Russia with intent: to wipe out savings.

“The first panacea for a mismanaged nation is inflation of the currency; the second is war.”

By 1935, Hemingway was able to tell that war was on the way – and not a minor skirmish either. He saw war coming on the scale of The Great War. There were too many signs to think otherwise. A growing angst and anger throughout Europe was most certainly part of what he saw – he was run out of parts of Germany during this time for being an outsider.

But it was the presence of inflation that caused him to see the dark clouds on the horizon. “Military strategy is inseparable from economic strategy,” he would say in 1941. The two – war and inflation – were tightly linked together, and Hemingway knew this.

And from this, I believe that we, too, can learn that one can look at the greater world around us and come to conclusions. What do we see? Are the symptoms of war beginning to show themselves? Can we foretell the logical conclusions of the events we see play out around us on a daily basis?

Hemingway thought so. And he used this belief to read the world around him to tell what he saw coming. And at least in the occurrence of World War 2, Hemingway was right.

(Don’t want to starve? Check out our free QUICKSTART Guide to what to eat when the power goes out.)

Who do we ship over?

As Hemingway noted, war often follows inflation. And he had a particular view of war that I greatly enjoyed. “No one man nor group of men incapable of fighting or exempt from fighting should in any way be given the power, no matter how gradually it is given to them, to put this country or any country into war.”

It’s hard to argue with that, is it not? It’s akin to an old man picking a fight with a burly Hell’s Angel in a bar and then sending in his grandson to fight for him.

I would say that The Founding Fathers largely agreed with this concept. The system of checks and balances they created with the American system of government (when followed) serve as a great means of keeping people from being able to arbitrarily decree a state of war. 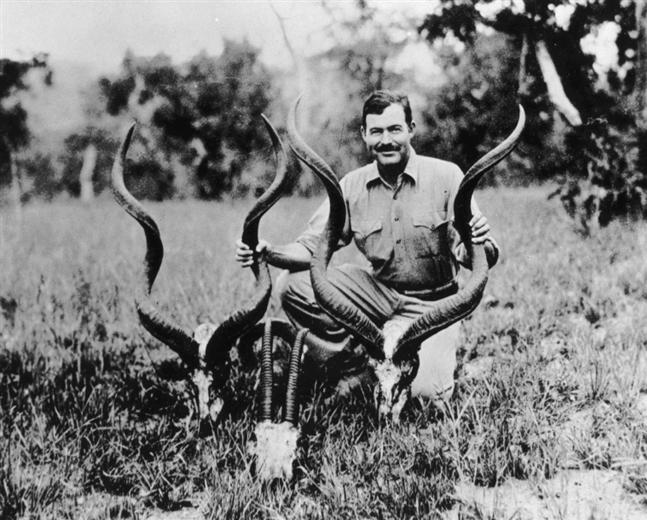 “No European country is our friend nor has been since the last war, and no country but one’s own is worth fighting for.”

He was a bit of a hypocrite here – he did fight in the Spanish Civil War – but the above words echo what George Washington had to say in his Farewell Address. Why get involved in the entanglements of other nations? The Monroe Doctrine – where America stayed out of the affairs of Europe and refused to let them mess with affairs in the Western Hemisphere – worked very well (until World War 1, anyway).

In short, I’m still not a fan of Hemingway’s novels. Reading an anthology of his didn’t change my mind in that regard. But I did appreciate his having written down the historical events that he lived through. There are lessons to be learned here if we are willing to look close. And we best learn them while we still can. On that note, here are some tips for surviving hyperinflation.

Do you enjoy Hemingway’s books? What are your thoughts on his spin as a historian? Share your opinions in the comments.