DPS Quietly Covers for Minneapolis PD, National Guard, After They Shoot Paint Rounds at Women on Their Porch 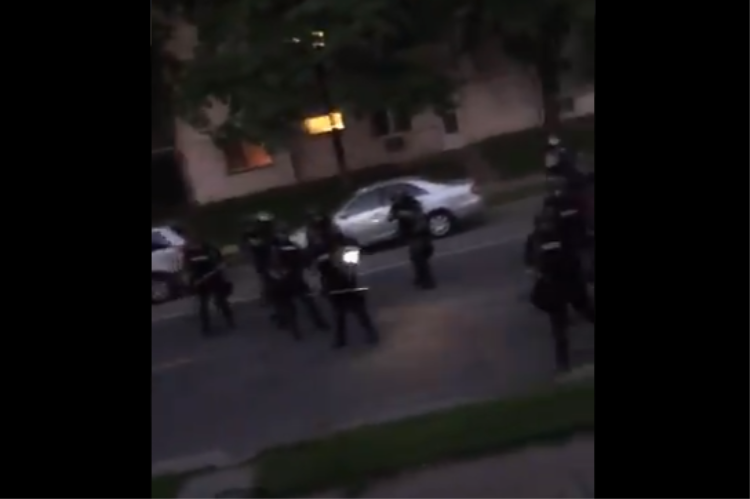 A shocking cell phone video has emerged from Minneapolis showing authorities ordering a group of women off their porch and shooting paint rounds at them when they don’t comply quickly enough.

The video was recorded by Tanya Kerssen in the Whittier neighborhood of Minneapolis and posted on Twitter.

The group of women was shown watching a small army of uniformed people thought to be members of the National Guard and the Minneapolis Police Department. The officers were allegedly enforcing the city’s curfew due to riots and violence after the death of George Floyd at the hands of a member of the Minneapolis PD.

Even worse, the Minnesota Dept of Public Safety tried to cover for officers.

According to the curfew order by the governor of Minnesota, people were not allowed to be in public areas, including streets.

Last night, according to the city’s “Frequently Asked Questions” about the curfew, the women were well within their rights to be outdoors on their porch. But the Minnesota Department of Public Safety quietly changed that answer after the video emerged.

Luckily, the internet is forever and there’s an archive that shows last night’s answer.

Today, however, it says you must follow orders to go inside if you’re told to by authorities.

Never think it can’t happen to you.

If Selco has taught us anything, it ought to be: never think it can’t happen to you, no matter who you are, no matter where you are. Be sure to sign up for his live webinar to make sure you’re ready for anything during this time of great unrest.

Purely from a survival point of view, of course, leaving the situation is always the wisest option. (Selco wrote about his take on this incident here.)

If you think your constitutional rights are safe right now and that our freedom is guaranteed, this video should clearly prove you’re mistaken.  If you think that those women should have immediately “complied” with orders barked at them even though they were within their rights (at least last night) to be outdoors, then you never really believed in freedom to begin with. If you can’t understand that the situation was rather a shock to people who before this moment never expected to be shot at by police, then you must live in a very different world.

We’re Americans, not slaves to quickly obey and scurry away when people in uniforms bark orders at us while we’re on our own property. It’s time we make this clear.