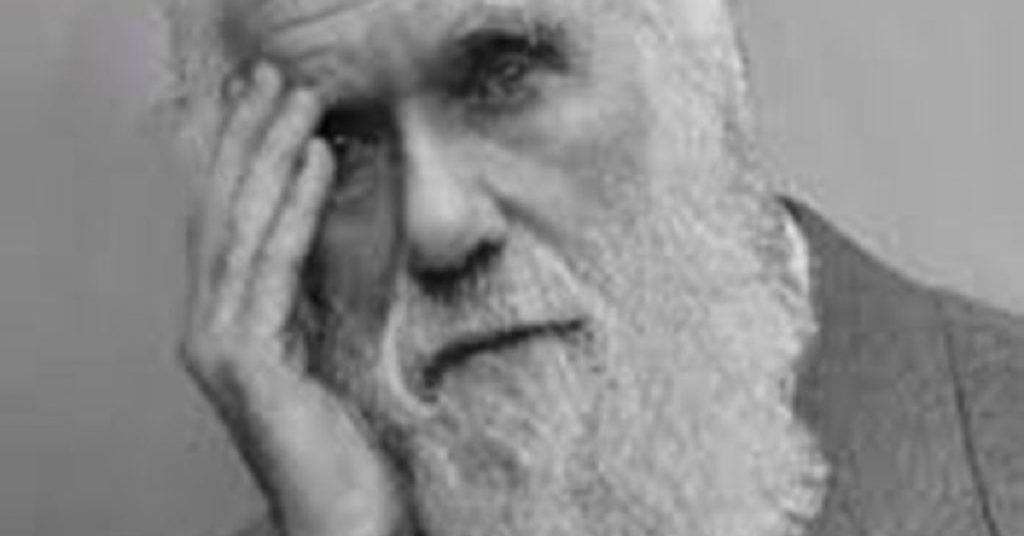 I mean, who inspired the label on blow dryers that points out the device should not be used in the shower? And what would even be the point, barring electrocution? Why would you dry your hair while the water is spraying you?

And are there actually people who need to be cautioned not to light a candle until they remove it from the package?

Also, you know those plastic bags that hold clothing when you order it online? Who needs to be offered the sage advice that it’s not a good idea to put said bag over their head?

Maybe, with all of these warning labels

Darwin’s hypothesis states that living organisms evolve by differential survival in a world with “Malthusian” overpopulation, in which only the fittest spread their genes into future generations. By fittest we mean best adapted to the prevailing environment, and by environment we mean both the living and the nonliving environment. (source)

Before the emails roll in telling me that I “don’t science,” I’m well aware that the theory of natural selection was about genetic changes that occur over a series of generations. However, the point remains that once upon a time, being stupid got you killed. And no one got sued. The person who couldn’t figure out that some ill-conceived idea was a bad one faced the consequences. If the consequences didn’t kill them, they learned not to do the stupid thing again, making them just a teeny bit smarter and more equipped to deal with the world.  Some who believe our planet is overpopulated might even argue that the obsolescence of natural selection is the root cause of the people boom.

But now, we are coddled, cautioned, and warned out of needing to think for ourselves.  Another evolutionary theory says that when some trait or characteristic goes unused, it disappears after a few generations. Sort of like those cave fish that don’t have any eyes, After multiple generations deep underground in the pitch black, their eye sockets are now empty. Perhaps after multiple generations without the need for critical thought and common sense, those in “civilized societies” are going to evolve into creatures with their own empty spots where something useful was previously.

Well, here’s a warning for this article:

“WARNING: THIS ARTICLE MIGHT MAKE TOO MUCH SENSE. Since common sense is rare to the point of almost being completely extinct, the sudden appearance of it might be a little shocking. Should shock occur, please sit down and put your head between your knees, inhale through your nose and out of your mouth slowly until heart rate returns to normal. Some exclusions apply, see store for details.”  ~ Melissa Melton

Now, on to some warning labels that just shouldn’t need to be…

Here are some warning labels from actual products

. One must wonder about the origin of these warnings. Did they come up because someone in our litigious society actually sued a company because of an injury like the ones warned against?

Good grief. So, when the SHTF, in the midst of a warning label-free disaster, what’s going to happen to all of the people who required these labels to survive?

I’ll tell you what’s going to happen to them.  You’ll have people trying to open a can of peaches with a giant butcher knife, in the process nearly removing a digit.  People who are accustomed to being nannied through every step of their days will be stymied by basic survival skills like sanitation, navigation (sans GPS), and the acquisition of safe drinking water.

When I was in Bosnia recently with Selco, I was in awe of the fact that they don’t have warning labels, guard rails, or any other protective things keeping stupid people alive. He got a good laugh from my shock over the fact that a scenic lookout had no railing to keep people from plunging to their deaths.

Dumbing us down, even more, is the dependence on technology.

Don’t get me wrong, I am a chronic Googler. If I don’t know some random bit of trivia, I’m that gal typing it into a search bar at the first opportunity.  “Who was the first person to…Holy cow, Google. Why would you even…Just NO.” Anyhow, back to technology.  As wonderful as it is to have a world of information in a handheld device, you still have to be able to think things through for yourself.

People have become so dependent on their navigation systems that reading a physical, honest-to-goodness-piece-of-paper map has become a lost art.  Not only that, but some folks rely more on their GPS than their common sense, sort of like these tourists who drove right into the Pacific Ocean because the nav system told them to.

And what about situational awareness?

That’s another skill that seems to have gone the way of the dodo. Have you ever seen a person walking down the street so engrossed in texting that they don’t even see an obstacle in their path? Sort of like this woman and the giant fountain?

What if the situation was more dangerous than falling into a giant fountain? What if you were busy texting and there was an armed robbery and you walked right into the middle of it? What if your eyes were glued to the screen and there was some unexpected wild animal, like, I dunno, a bear?

Self-reliance is being bred out of society

It’s fun to laugh at these examples of life in today’s America, but there’s an underlying note of impending tragedy.

With all of this constant nannying, we have a society of giant toddlers. It isn’t really their fault. They’ve become accustomed to a society in which people never have to think. They don’t have to produce food, deal with injuries, or even work for a living. Heat is the turn of a dial, entertainment doesn’t require reading skills, and products get thrown away instead of repaired.  People don’t learn to predict impending danger by thinking the scenario through, and when danger does occur, they wait for heroes instead of rescuing themselves.  They don’t even have to hear unpleasant things, because they can just say the magical incantation, “I’m offended” and the offensive unpleasantness is summarily banned and made illegal.

The coddling makes it even more difficult for the overprotected to accept it when something bad happens. Acceptance is the first step of surviving any disaster. I have written about the 3 steps of survival, and those steps are completely foreign to many of today’s general public.

To me, the pinnacle of preparedness is a way of thinking about pretty much everything you encounter. It’s a unique way of looking at a situation, assessing the options, and acting that defines the prepper mindset. Think about any stressful situation that has ever happened to you.  Once you accepted the fact that it had happened you were able to set a course of action. Once you had definitive steps to take, you probably felt much calmer. You took control of the things you could, and you executed your plan.  Only by taking that first step – accepting that this mishap had indeed occurred – could you take the next two.

Of course, a bunch of dependent dumb people are a whole lot easier to control than the critical thinkers who rely on themselves instead of Papa Government.

The difference here is pretty clear. Some of us are deliberate in our day-to-day actions, mindful of our surroundings, and possess a sensible, problem-solution mindset.  But we’re in the minority. We have to face it: a survival mentality is now an anomaly.  It’s all but obsolete.

We, the sturdy, practical, self-reliant folks are the mutant minority 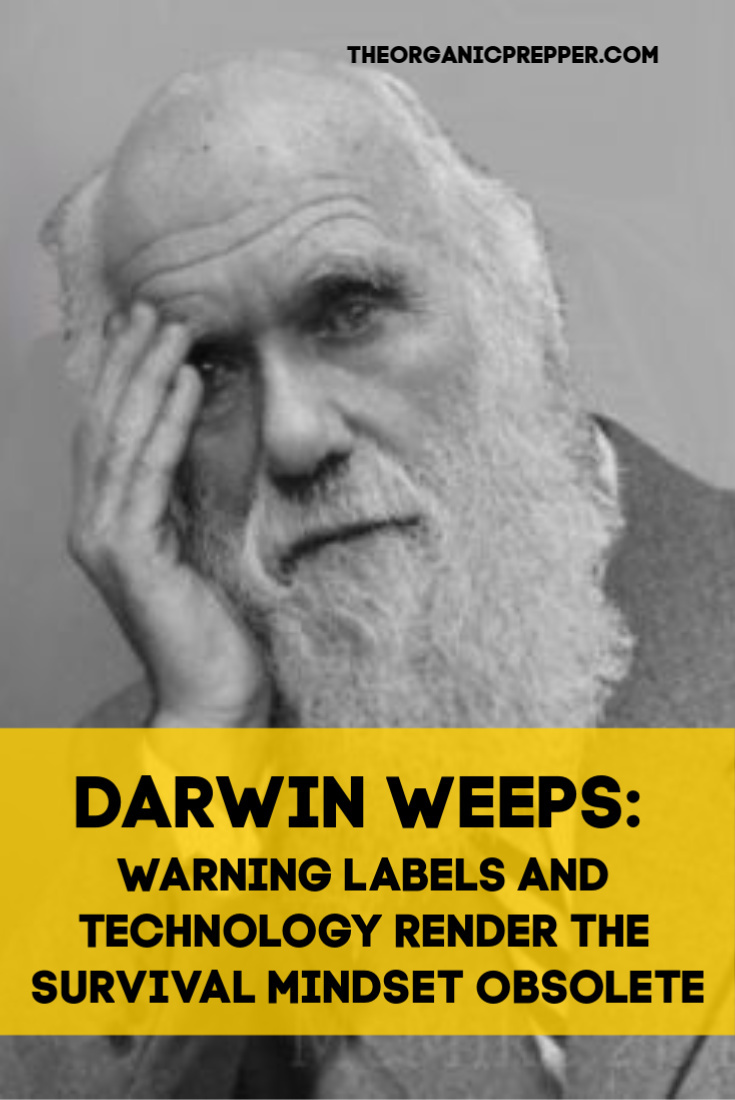