Did Congress Just CONFIRM All Those “Crazy Conspiracy Theories” About the Wuhan Lab Leak? 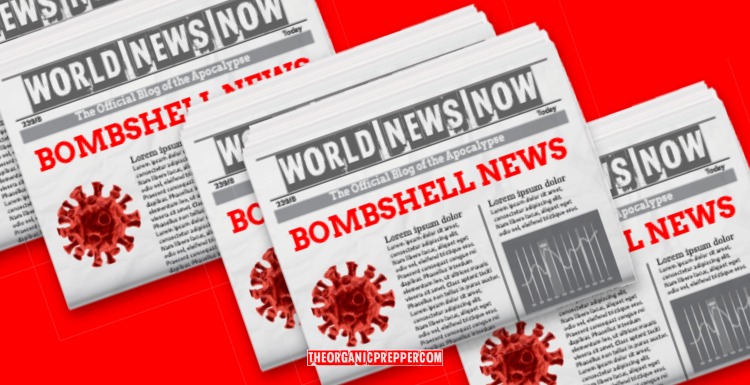 Author of The Ultimate Guide to Frugal Living and the Build a Better Pantry on a Budget online course.

Some very interesting information has come out about the origins of Covid-19 that – big surprise – suggests it did indeed come from a Wuhan lab leak, it did so well before the rest of the world found out about it, and China apparently covered it up for months. You remember all those “crazy conspiracy theories” that caused politicians and media outlets like Zero Hedge to lose their social media platforms.

A House Republican’s report contains shocking details and bold accusations about the origin of Covid 19 that, if true, could blow the Wuhan lab leak theory wide open. The report begins:

The preponderance of evidence suggests SARS-CoV-2 was accidentally released from a Wuhan Institute of Virology laboratory sometime prior to September 12, 2019. The virus, or the viral sequence that was genetically manipulated, was likely collected in a cave in Yunnan province, PRC, between 2012 and 2015. Researchers at the WIV, officials within the [Chinese Communist Party], and potentially American citizens directly engaged in efforts to obfuscate information related to the origins of the virus and to suppress public debate of a possible lab leak. It is incumbent on these parties to respond to the issues raised herein and provide clarity and any exonerating evidence as soon as possible. Until that time, it must be assumed General Secretary Xi and the Chinese Communist Party, prioritizes preserving the Party over the lives of its own people and those around the global suffering the effects of the COVID-19 pandemic.

You can read the entire report here.

The argument starts with a whopper of an air conditioner bill.

On Sept. 16, 2019, the Wuhan Institute of Virology got one hell of an air conditioning system. They signed a contract worth $606 million for an expenditure labeled “Central Air Conditioning Renovation Project.”

To put it in perspective, an article on the National Review website states:

Microsoft is building a new data-center campus on 53 acres near Chicago for somewhere between $450 million and $500 million. The Wuhan Institute of Virology wanted to spend more than that just to renovate its HVAC system. (source)

The argument of House Republicans is that this massive expenditure, along with others in the preceding and subsequent months, indicates that the Wuhan Institute of Virology had equipment problems in the year before COVID-19 appeared in the surrounding city: “The references to maintenance at the BSL-3 and animal center at the WNBL, the procurement of an environmental air disinfection system, and renovations to the hazardous waste treatment system and central air conditioning system all raise questions about how well these systems were functioning in the months prior to the outbreak of COVID-19.” Josh Rogin notes that the contract announcement, along with one for a new $1.3 million “Security Service Procurement Project” on September 12, were later scrubbed from the Chinese Ministry of Finance website. (source)

Similarities between the spread of Covid 19 and the Spanish Flu

Another interesting facet is the way this report suggests that the virus went international.

In October of 2019, the World Military Games were held in…you guessed it…Wuhan. That’s right. Basically, an Olympics for more than 10,000 military members from over 100 countries competing in 27 sports was held right there in Covid Central. On page 5, the report states as evidence:

“Athletes at the Military World Games held in Wuhan in October 2019 who became sick with symptoms similar to COVID-19 both while in Wuhan and also shortly after returning to their home countries.”

First of all, who here knew that there was a military Olympics? I did not.

Anyway – if some of these athletes became infected at the event and then went home, that means the virus began quietly and insidiously spreading back in October. Many people have talked about a horrible illness they had in late fall and early winter of 2019 that was negative for the flu virus. I myself became incredibly ill after flying from Montenegro to Canada in early January of 2020, an upper respiratory illness that hung on for nearly 3 months. Of course, at that time, nobody was testing for Covid.

The Spanish Flu is actually believed to have started at a pig farm in Kansas. It got the name “Spanish Flu” because in WWI, Spain was a neutral country. Journalists and correspondents gathered in Spain to cover the war, then it spread around the world from that hotspot.

As awful as a garden-variety lab leak would be, the truly horrifying thing would be if this was timed deliberately. But of course, China would never do such a thing. Right? They’d never knowingly invite military members from all over the world to the very city where a virus was running rampant.

Check out this video that goes through the bombshell information about the Wuhan lab leak theory.

All this above? It’s just the tip of the Covid mystery iceberg.

This video is published on Rumble, which is a video-sharing site similar to YouTube, but that doesn’t censor C-words like China and Covid. It’s absolutely a must-watch if you want a rundown on what the minority house report said about the Wuhan lab leak theory. (Be sure to subscribe to them on Rumble.)

This is the type of event that could easily usher us into World War III. If you compare the fact that the US was pulled into WW2 after the bombing of Pearl Harbor killed fewer than 3000 people to the fact (if you believe the statistics) Covid has killed more than 4 million people worldwide…well, things aren’t looking good for the pacifists among us.

And of course, don’t forget that the military-industrial complex loves war. War makes them rich(er). According to the Library of Congress, World War II is what pulled the United States out of the Great Depression.

When Japan attacked the U.S. Naval base at Pearl Harbor, Hawaii, on December 7, 1941, the United States found itself in the war it had sought to avoid for more than two years. Mobilizing the economy for world war finally cured the depression. Millions of men and women joined the armed forces, and even larger numbers went to work in well-paying defense jobs. World War Two affected the world and the United States profoundly; it continues to influence us even today. (source)

And where are we at now? Oh, yeah. In the early stages of another Great Depression, brought on by a pandemic.

It astounds me that my website has been defunded for dispensing “disinformation”, but Anthony Fauci has all the public platforms in the world and he lies like a rug. Repeatedly he has been caught in lies during his “handling” of this situation. Remember the “masks don’t work” vs. the “you must wear a mask”? Remember the “coronavirus originated naturally and zootonically” to “maybe it was a lab leak“?

The mainstream media and the government seems baffled why nobody freaking believes them anymore.

They lie and they change their stories to meet the politically correct, financially beneficial for some and devastating for others, and they are arrogant enough to believe we peons should still trust them.

What do you think about the Wuhan lab leak theory?

Do you believe the congressional report is true and accurate with regard to the Wuhan lab leak theory? If so, do you believe that this was all done deliberately, or was it just a horrible accident that ended up screwing pretty much every economy in the world? And if it’s true, then what should happen with China? 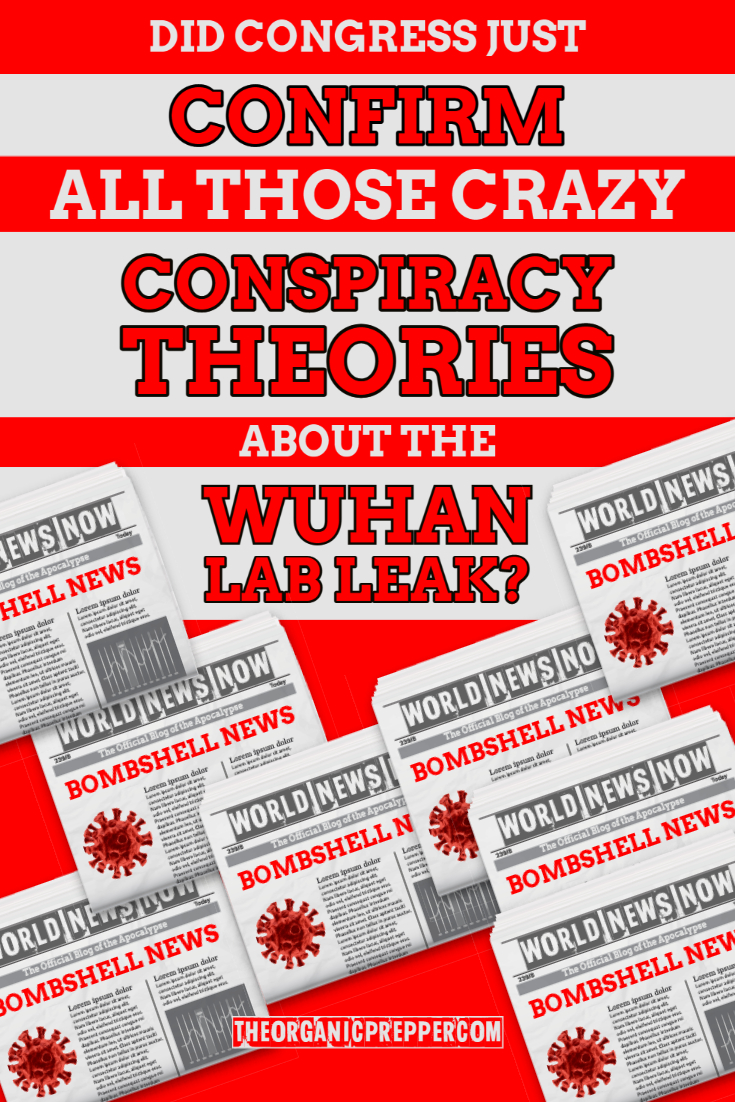