How Much Gear Can You Pack In A Child Carrier? 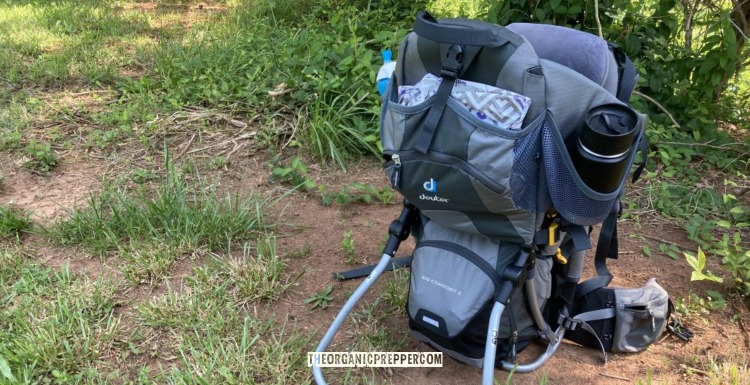 We’ve been talking a lot about the threat of nuclear war lately. Now, let’s take a closer look at some of the second and third order effects of that. An electromagnetic pulse always accompanies a nuclear strike. What should happen to you if that EMP hits while you’re miles from home – just you and the kids?

How are you going to make it back home with littles by your side?

I wanted to take the time today to show you a load out you may want to consider. I think it’s a feasible and cost-effective solution that just about any parent could accommodate – a child carrier.

How much gear can you carry in a child carrier? 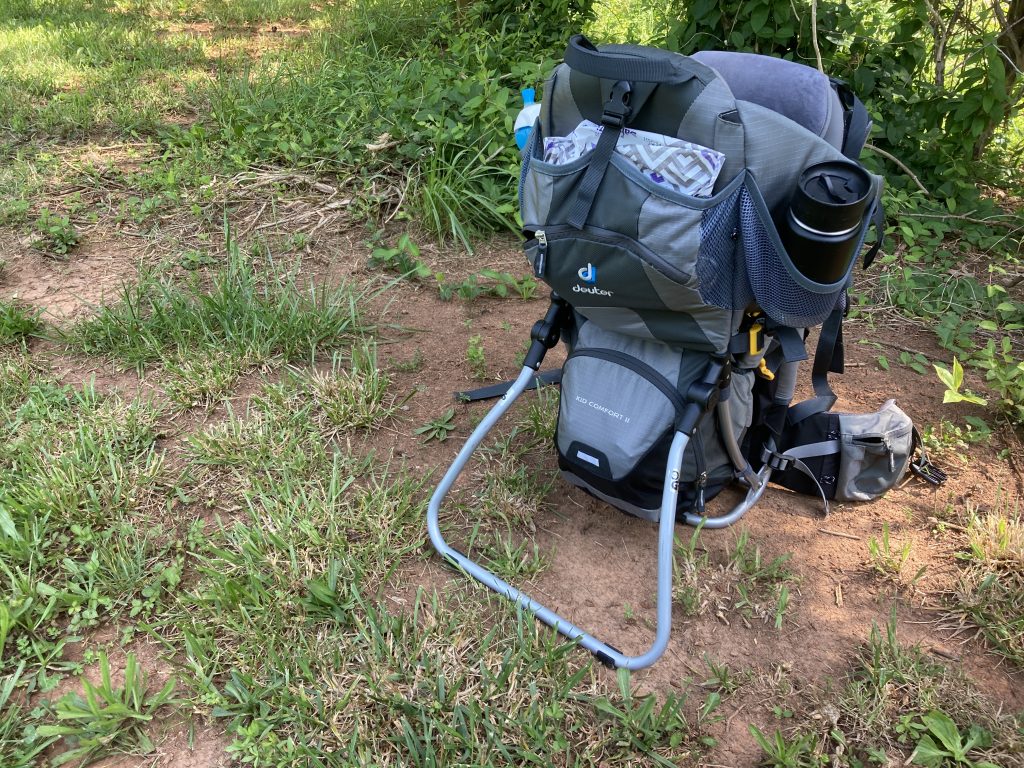 I picked up one of these Deuter carriers from a random guy, and I can’t find the exact model available on Amazon, but it’s very similar to this one here. I don’t think sticking to the roads is safe post-collapse (which is what post-EMP is), so backpacking it is. You can’t carry the kid for miles either. A kid carrier is really the only way to go that also lets you carry at least some gear with you. 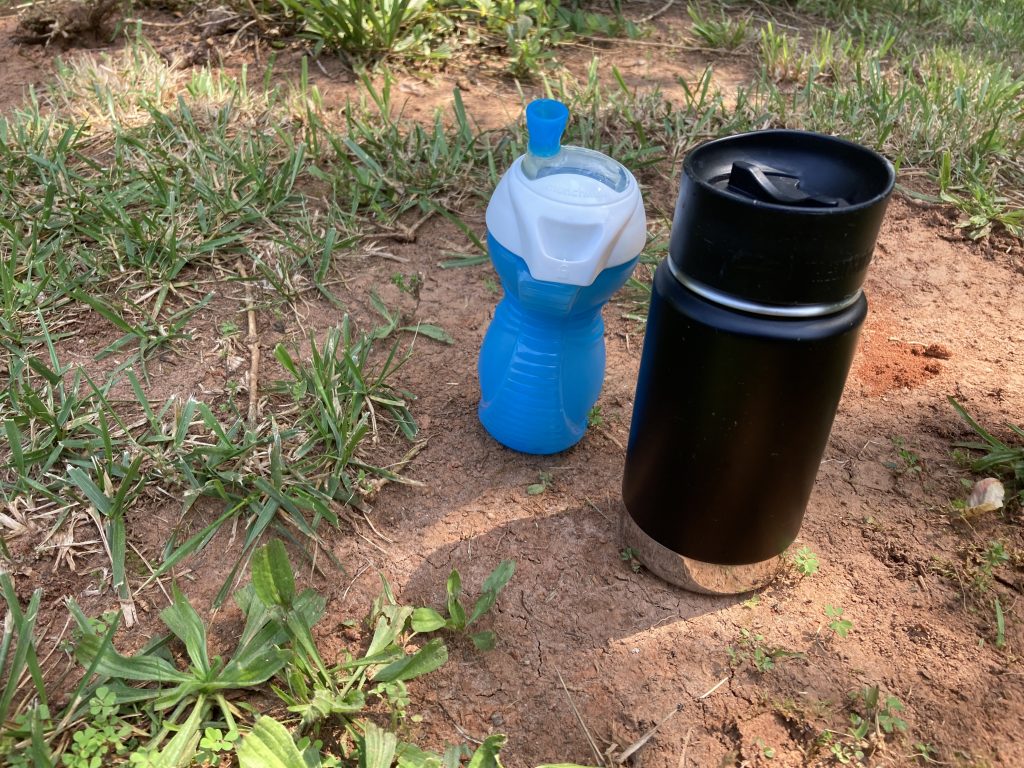 All I was really able to stuff in the two upper mesh pouches were a sippy cup and a water bottle. It had to be a little water bottle too. Larger ones wouldn’t stay put. I think a roll up Platypus would’ve worked a lot better, but I worked with what I had.

Really, though, I think I would have gotten better results by using a carabiner for a bigger water bottle. Your water is too important to lose. 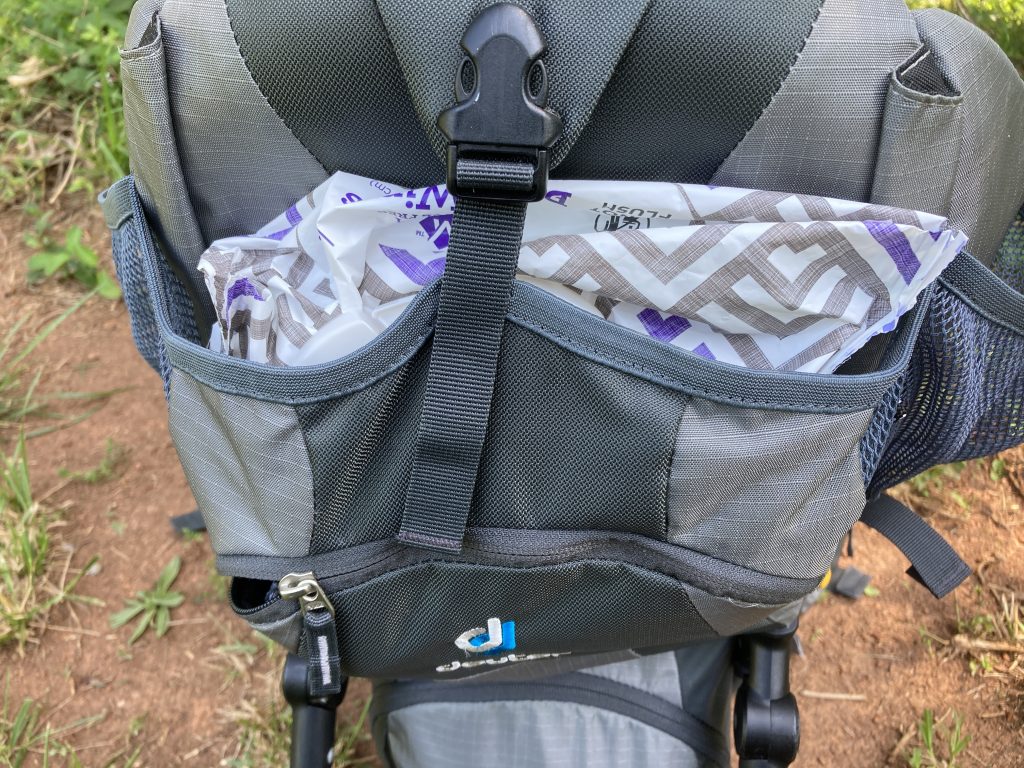 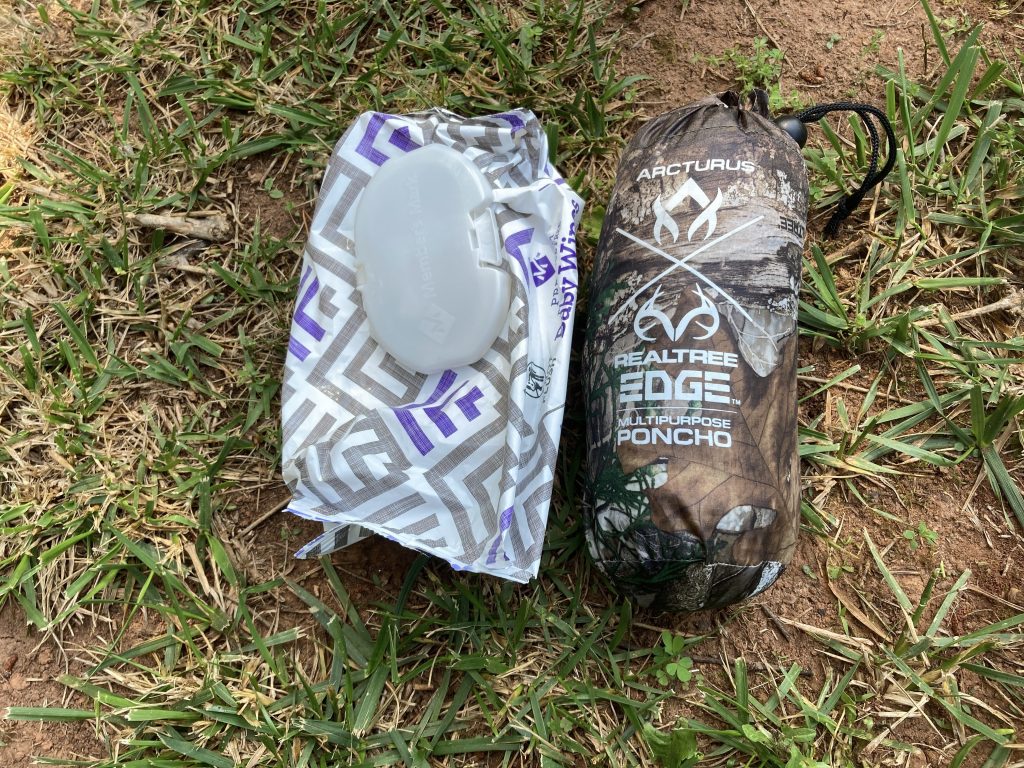 The main thing about this pouch is that the tighter you pack it, the less you can fit in the zipper pouch below. I managed to stuff in half a bag of wipes and a rain poncho. Regardless of what anybody tells you, you’re not getting anybody clean by wiping their butt with leaves. If you have a little in diapers, you need to pack wipes for the long walk home (TLWH). 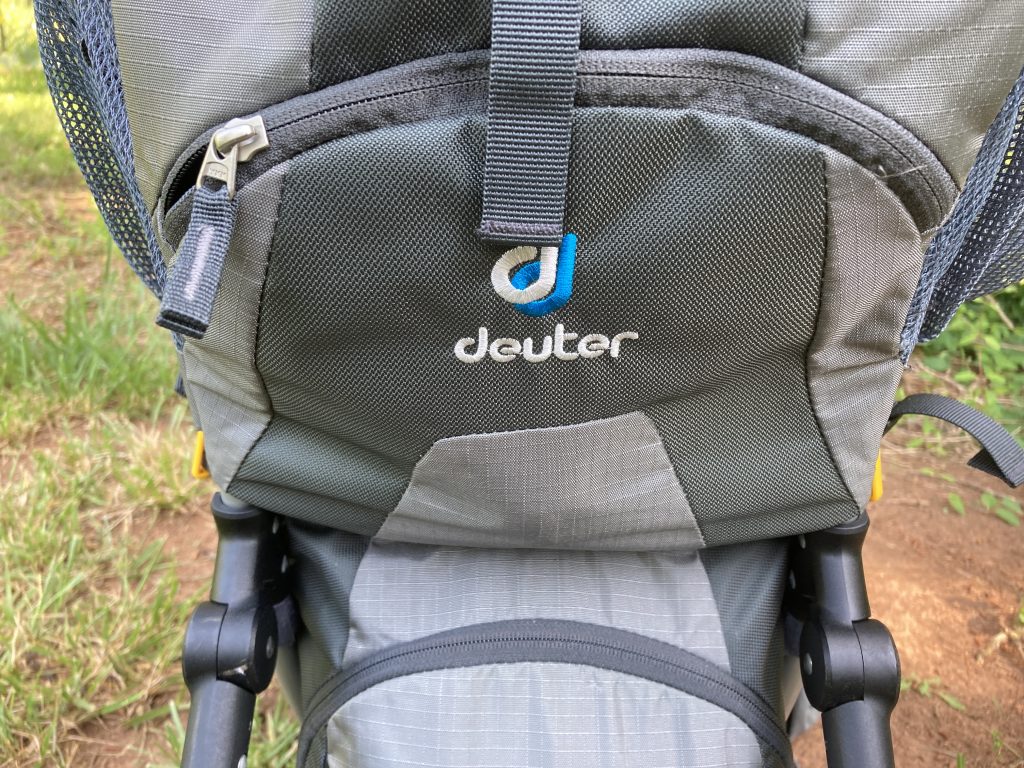 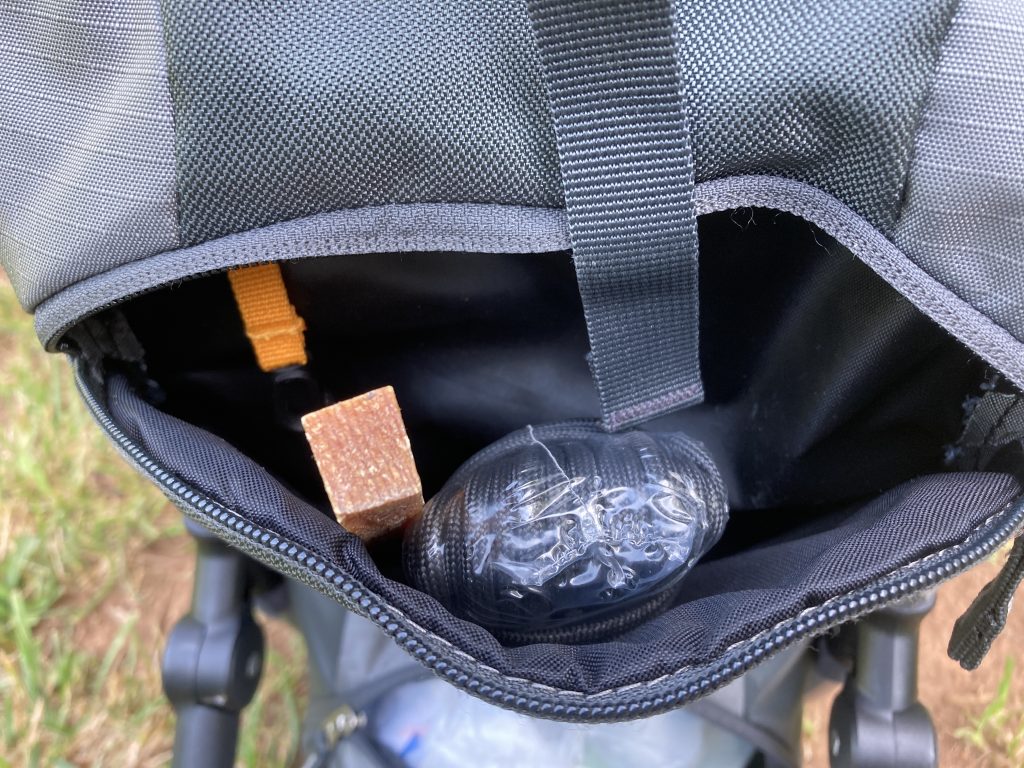 I really couldn’t pack very much in here. I managed a fatwood fire starter stick and a pack of paracord. I probably could’ve packed 1-2 other small items in there as well if I’d tried. 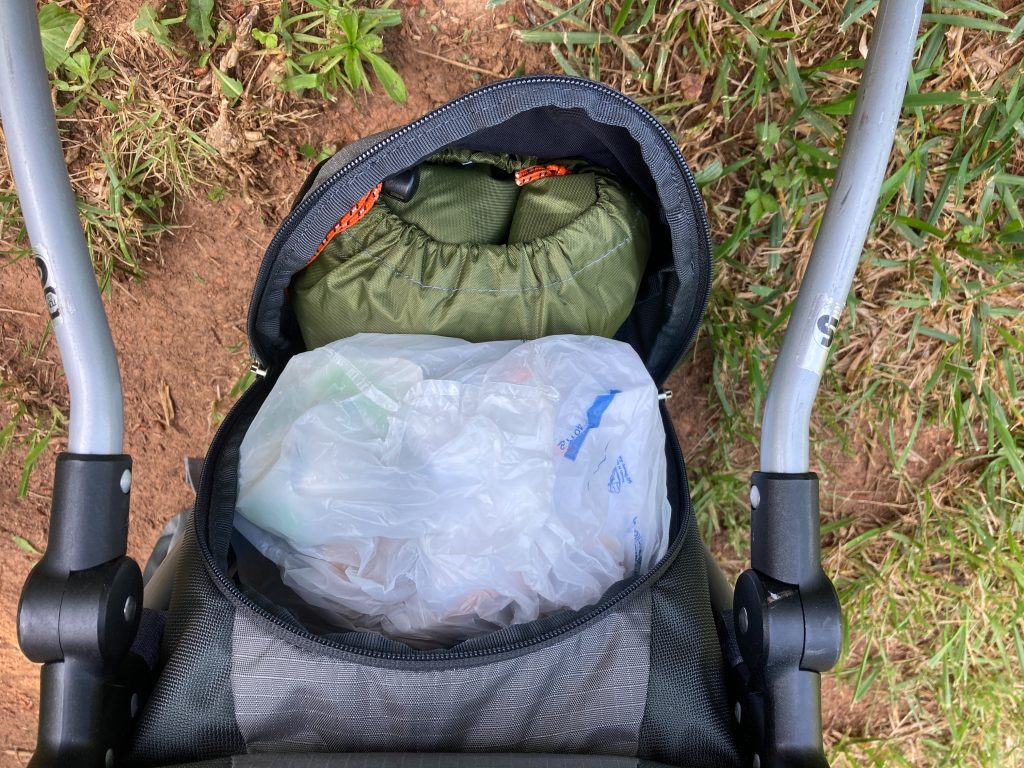 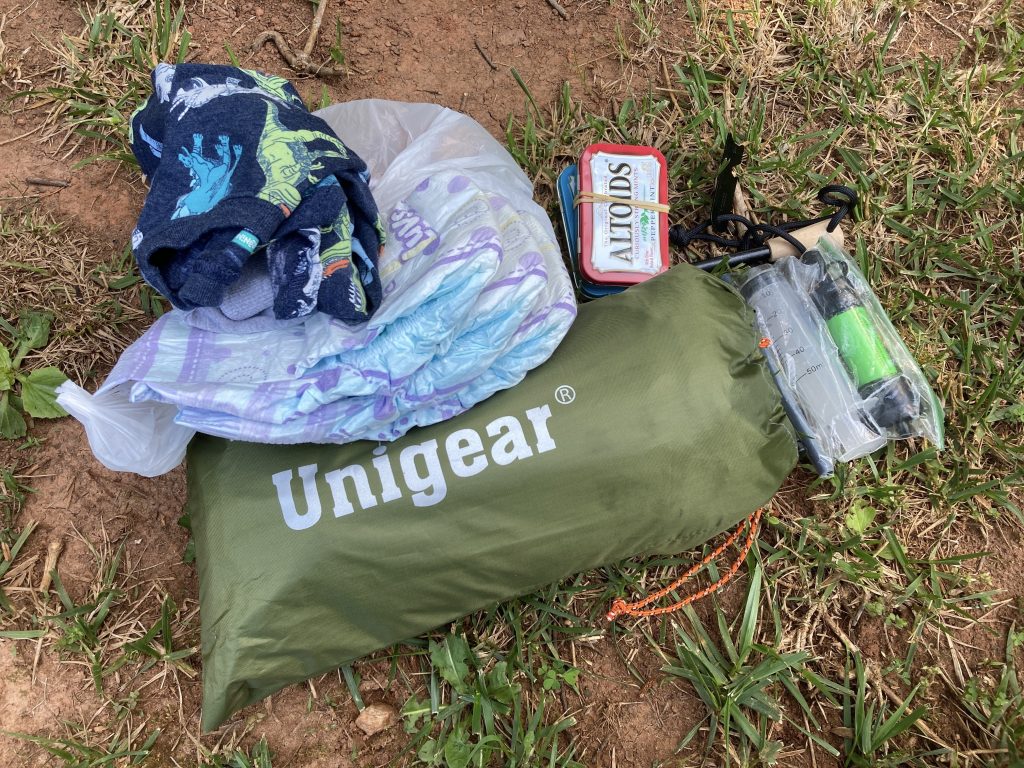 This is where the bulk of your goods are going to be able to pack. I liked the design of this particular child carrier too. Weight distribution with a pack matters, and you want to keep heavy items low and close to your back. There are some child carriers out there that have a large “goods” pouch up high behind the kid’s head. Talk about torque.

The Deuter does a pretty good job here.

I managed to shove in a tarp I’ve really been enjoying of late, three diapers, a change of clothes, a fire striker, a Sawyer Mini pack, an Altoids tin first aid kit, and an Altoids tin survival kit. It’s hard to tell from the picture, but that Walmart bag under the diapers is filled with food. Not a lot, mind you, but enough to get a little through most of a day.

Food-wise, I probably would have had better luck just shoving an MRE in there. That would have been more calories than the hodge-podge mess I shoved in and been more filling. 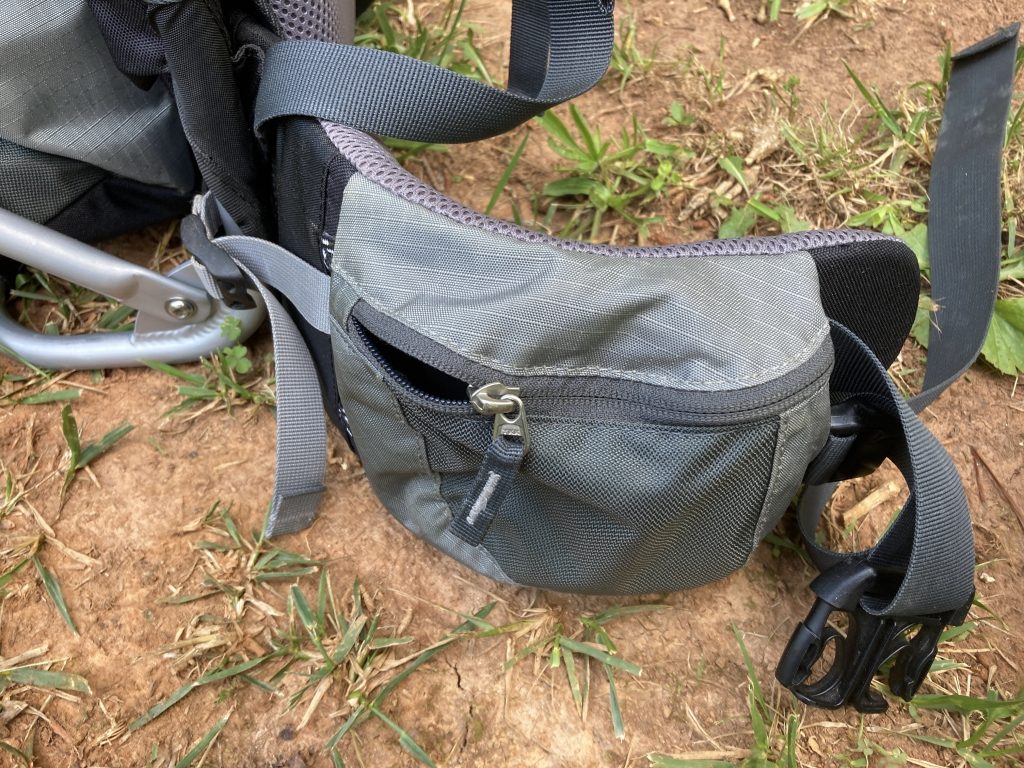 There’s only one of these, and I completely forgot about it until it was too late. I could’ve shoved in a few pacifiers and maybe an apple sauce pouch here, but that’s about it.

I would assume in TLWH you would have your EDC gear on you already. It’s for this reason you don’t see any knives, flashlights, or any other EDC gear. While a tent would be superior protection from the elements at night with a little, you don’t have the room in a child carrier. A tarp has to do. Yeah, you could rig up a poncho shelter, but I like the idea of a bigger tarp for greater protection from the elements when a kid’s involved.

I should’ve thrown in an emergency mylar sleeping bag. I was trying to pack this kit quick and forgot about it as a result. I suppose there’s a lesson to be gleaned from that. If you’re going to forget essentials during relative peace, imagine what you could forget when you’re 60 miles from home on the interstate when everybody’s car quits working.

If you’re strong enough, you could carry a duffel bag full of kit as well. You’d be talking about hiking out with a 50+ pound load, though. Is that something you can physically handle? 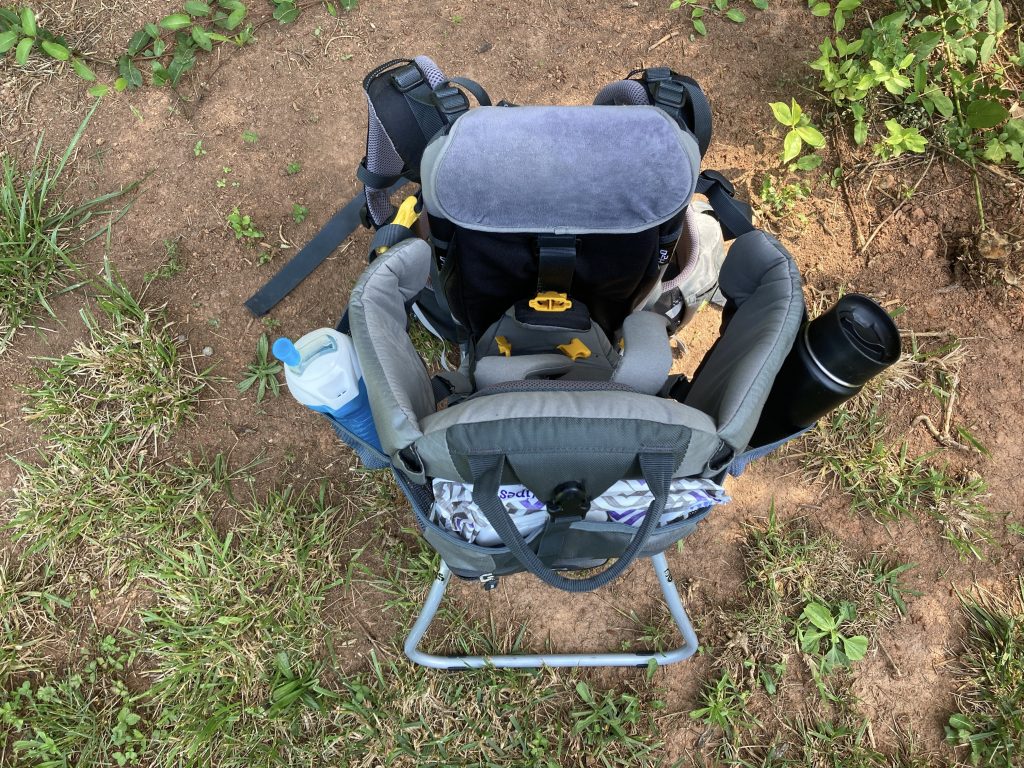 There’s not really any room for any type of cooking kit. You’re going to have to eat foods that are ready to go already. This is why an MRE would be perfect here.

I think I could’ve shoved in two more diapers. You can never have enough diapers.

If your child carrier doesn’t have a hip belt and chest strap, it’s worthless. You will be absolutely miserable.

Lastly, I think I could have easily bungeed down a wool blanket to the top. The weight added would be negligible, but it would be an extra layer of protection for the baby/kid.

This is the best means of getting kids home during TLWH that I can think of.

What about you, though? Are there other tools to consider that I didn’t list above? Help out your fellow American: give your advice below in the comments section. We want to know what you’re thinking. 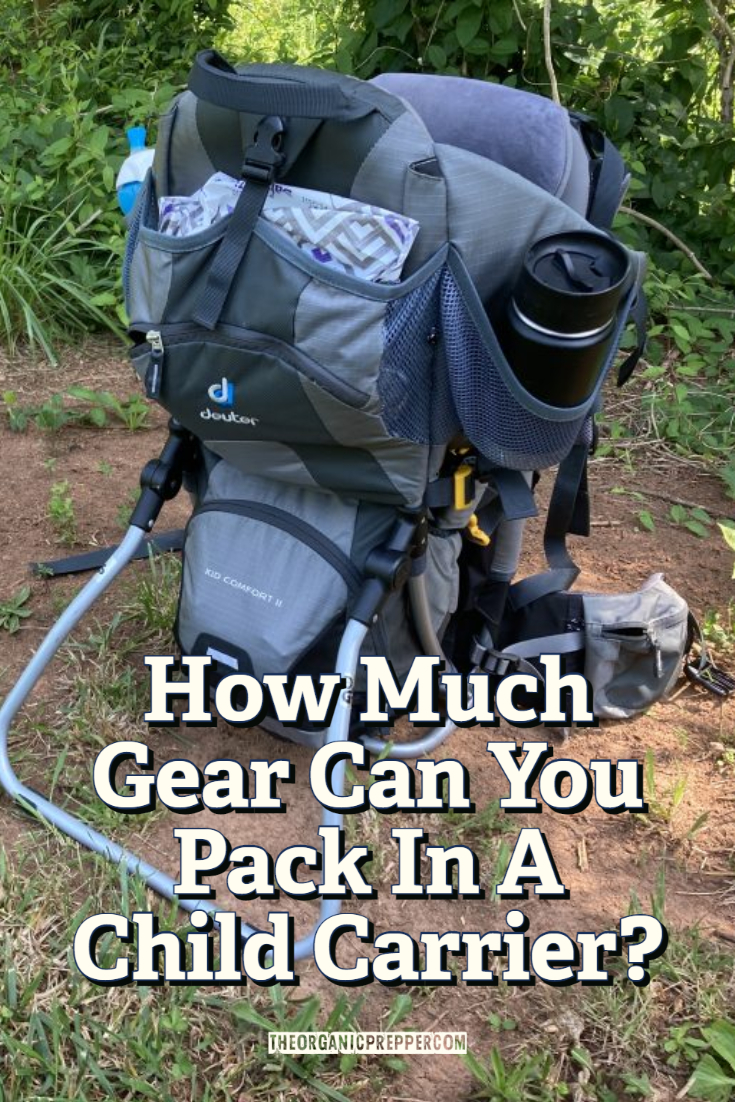