Because Why WOULDN’T We Awaken Microbes That Have Been Dormant for 100 Million Years? 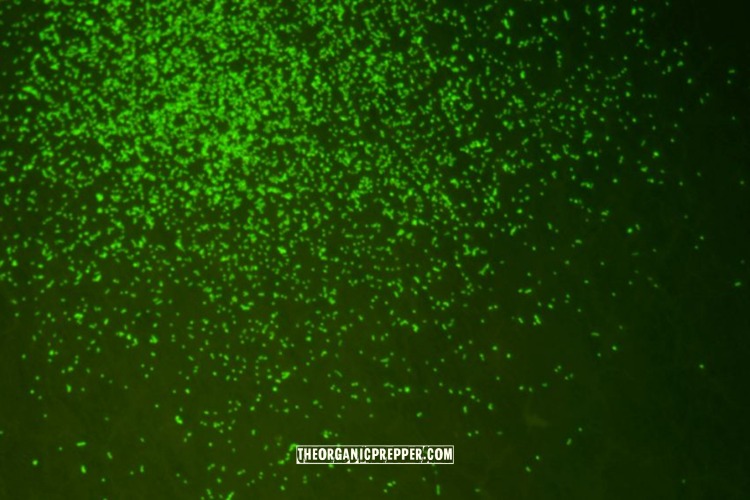 While everyone else was focusing on the spread of COVID-19 and the civil liberty/economic fallout of the crisis, many news stories went unnoticed in 2020. Ironically, many of them had to do with viruses and the possibility of scientists creating an unintentional pandemic.

One such story involves a team of scientists from the US and Japan, who have been able to “wake up” microbes that have been dormant for nearly 100 million years. The scientists state that these microorganisms began to grow and divide even though they had entered an energy-saving state as far back as the time dinosaurs were still walking the Earth.

The microbes belonged to ten different bacteria groups retrieved from sediments mined in 2010 at the bottom of the South Pacific Gyre, one of the most desolate places in the ocean in terms of nutrients.

“Our results suggest that microbial communities widely distributed in organic-poor abyssal sediment consist mainly of aerobes that retain their metabolic potential under extremely low-energy conditions for up to 101.5 million years,” the researchers wrote.

The research team, led by geomicrobiology’s Yuki Morono of the Japan Marine Science and Technology Agency, had to drill wells 100 meters into the seabed at 5,700 meters below the surface to retrieve the samples. The team of researchers incubated the sleeping microbes for 557 days in a laboratory. Then, researchers applied carbon and nitrogen sources like ammonia, amino acids, and acetate to the microbes to see if they could remove them from their lethargy.

“It is surprising and biologically challenging that a large fraction of the microbes revived after being buried and trapped for so long in conditions of extreme nutrient and energy deficiency,” says Morono.

This success was likely because microbes are aerobic (meaning they require oxygen to live), and oxygen was present in the sediment. The researchers say that if deposits gradually accumulate on the seafloor at a rate not exceeding a yard or two every million years, oxygen can remain present and allow these microorganisms to survive for almost unbelievable amounts of time.

“I was skeptical at first, but we found that up to 99.1% of microbes in sediments deposited 101.5 million years ago were still alive and able to grow,” says study co-author Steven D’Hondt of the University of Rhode Island.

“Maintaining a physiological capacity for 100 million years in starving confinement is an impressive feature. We want to understand how these ancient microbes evolved, if at all,” D’Hondt added.

The paper was published in the Journal Nature Communications. The study itself is an amazing achievement since microbial cells’ survival status in this extremely energy-poor environment is not well-documented. The study demonstrates that subsoil is an excellent place to explore the “limits of life on Earth.”

What if these sleeping microbes are viruses?

This scientific discovery is impressive, and no one can deny that. However, there are dangers to waking up dormant microorganisms, mainly if they are viruses or bacteria.

And that is just what has been happening over the last several years. One such discovery took place last year in Tibet, where, for 15,000 years, a glacier on the northwestern Tibetan Plateau of China has held a myriad of frozen viruses. Recently, scientists took two ice cores from that glacier and revealed 28 never-before-seen groups of viruses.

“We are very far from sampling the entire diversity of viruses on Earth,” Chantal Abergel, a researcher in environmental virology at the French National Centre for Scientific Research, who wasn’t involved with the study, told Vice.

As human-made climate change melts glaciers the world over, these viral archives could be lost, the researchers noted. Research into ancient viruses “provides a first window into viral genomes and their ecology from glacier ice,” the researchers wrote in the study, “and emphasizes their likely impact on abundant microbial groups [today].”

In 2015, scientists discovered an ancient virus buried in the Siberian permafrost. The virus, Mollivirus Sibericum, was actually part of a group of other viruses, collectively known as “giant viruses.” Since 2003, four other “giant viruses” have been found. Others have labeled it the “Frankenvirus” and have warned against “reawakening it.”

It should also be remembered that in the late 1990’s scientists began exhuming bodies in the Alaska permafrost in order to retrieve and “sequence” the 1918 Spanish Flu.

In a mass grave in a remote Inuit village near the town of Brevig Mission, a large Inuit woman lay buried under more than six feet of ice and dirt for more than 75 years. The permafrost plus the woman’s ample fat stores kept the virus in her lungs so well preserved that when a team of scientists exhumed her body in the late 1990s, they could recover enough viral RNA to sequence the 1918 strain in its entirety. This remarkable good fortune enabled these scientists to open a window onto a past pandemic–and perhaps gain a foothold for preventing a future one.

It’s difficult to read about this and think about how we’ve all spent the past year without shaking your head.

Science, at what cost to humankind?

Scientific discovery is vitally important to human progress and survival.

However, reawakening dormant historical and ancient viruses in a world filled with depopulation agendas is concerning. And, governments and their militaries are attempting to develop and perfect biological warfare programs. And let’s not even start on weather modification, artificial intelligence, and those little xenobots covered with living tissue.

What are your thoughts on this line of research? What possible benefits do you see? The potential detriments are pretty clear. Let’s discuss it in the comments.