This Army Veteran Is Secretly Rescuing People Abandoned in Afghanistan 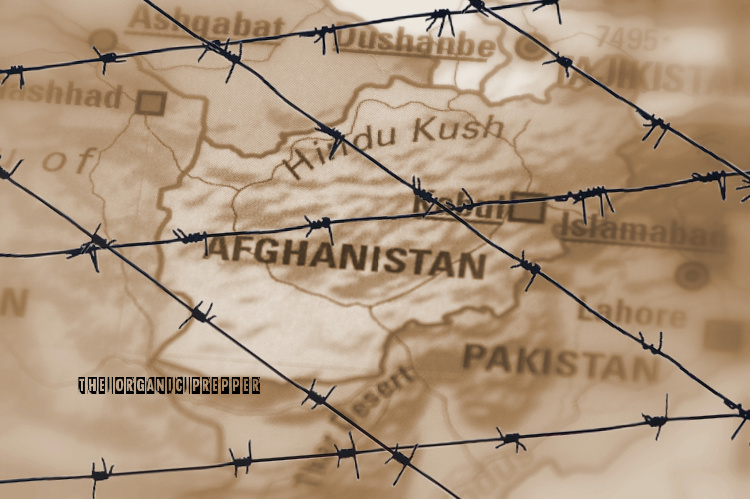 A man’s family is trapped inside hostile enemy territory where they are being actively hunted. He has specialized military training from the number one military force in the world. He’s on his own, and if discovered, death is a certain fate. Yet he can’t just sit idly by. He wouldn’t be able to live with himself knowing he could have done something to keep his family safe yet didn’t.

And so, he sneaks deep behind enemy lines, saves his family, and saves dozens of others in the process.

It is there that a former staff sergeant in the US Army has done just that. Originally from Afghanistan, this anonymous veteran joined the US Army out of high school right after September 11. He was immediately shipped out to Afghanistan, where he served until a traumatic brain injury forced him to be sidelined back at home. [source]

Yet when he heard that American troops were pulling out of Afghanistan and that the Taliban were taking over, he knew staying put wasn’t an option. His family was still there, and he had to get them out. And nobody else was going to do it but him.

Throughout the American presence, this man’s family had been involved in anti-Taliban activity, though what this is hasn’t been specified. Shortly after the Taliban took over Kabul, his family’s house was searched, and it was found that they possessed a picture of their son in an American Army uniform. The Taliban shot the house, eventually destroying half of it via firebomb. [source]

The operation was treacherous.

It appears as if this was just one of many attacks against this man’s family as well, for he says, “I had no choice but to come here myself after I learned that there was an ambush on my family’s house once more.”

He had hopes of smuggling his family across the border into Pakistan yet realized that wasn’t going to be an option as it would require getting six people past approximately 30 Taliban checkpoints along the way. Instead, he escorted his family to another nearby country where they are currently deposited in safe houses. However, they’re currently at risk of being deported back to Afghanistan if found.

Due to the dangerous nature of his self-imposed mission, and to protect those he has rescued, the soldier remains anonymous.

But he didn’t stop there

This American vet snuck back into Afghanistan several other times after the fact to rescue others as well, mainly Christians and Hazaras. He states that he was able to rescue 10 Afghani Christians “in danger because of their religion.” Within their locale, everybody knew that these ten people were Christians and began snitching about it to others. It was no longer safe for them to stay. [source]

So, he got them out.

After one recent smuggling trip where he escorted a husband and wife who had recently converted to Catholicism, he was caught by the Taliban. He told them he was a cigarette smuggler, though, and was flogged.

“They lashed me on my back. I told them I was a cigarette smuggler and that’s why I think it was only seven times. But had they known I had actually just helped a Catholic family get out, it would have been worse. Far worse.” [source]

To date, he estimates that he’s smuggled approximately 30 people out of Afghanistan, stating that it feels good to have done so. And to do so solo, to boot.

“I pleaded for help from the US government,” he says. “I did not receive any.”

However, this vet would go on to say, “I’m a proud American soldier. I’ve taken an oath, and I’ll never forget that oath.” [source] Unfortunately, our own government has not felt the same way about those abandoned in Afghanistan.

Hundreds of civilians were abandoned in Afghanistan during Biden’s slipshod debacle of an exit from the country. Many were civilian contractors and their families, while others were Afghani allies who helped American troops. Those who couldn’t make it to the airport were left there at the “mercy” of the Taliban.

This isn’t the first we’ve heard of American soldiers operating underground to evacuate at-risk individuals from the Taliban outside of the country. An entire group of men operated what is now being called The Pineapple Express to get those who had helped special ops fight against the Taliban for years out of the country. This continued until flights stopped. [source]

Shortly thereafter, Taliban soldiers became well-armed with millions of dollars in left-behind American weaponry, began hanging people from helicopters, and immediately started executing all those who they deemed to be enemies. As it is now, they fully control the country though it has been noted that numbers of Chinese aircraft began funneling into Bagram Military Airport shortly after the fall of Afghanistan, and the Taliban soon engaged in talks with the Chinese embassy within Afghanistan. [source]

We are now hearing reports that many of our weapons that were left behind in Afghanistan have found their way into Chinese hands now as well. Craft such as M1 Abrams tanks have been loaded up onto crates by the Taliban and shipped off to ports where they have been sold. [source]

It’s been clear since the current administration abandoned American contractors and allies in Afghanistan that those people were completely on their own. If it weren’t for brave soldiers like the one in our story who took matters into their own hands, many more would have perished. It’s also important to note that this overall attitude has infected much of the leadership of our country.

We, too, are on our own. We must remember the courage and bravery of men like this. We are entering a new world where only the strong, self-reliant, and wise will survive.

Aden Tate has a master’s in public health and is a regular contributor to: TheOrganicPrepper.com, TheFrugalite.com, PewPewTactical.com, SurvivalBlog.com, SHTFBlog.com, ApartmentPrepper.com, HomesteadAndPrepper.com, and PrepperPress.com. Along with being a freelance writer, he also works part-time as a locksmith. Aden has an LLC for his micro-farm. On his farm he raises dairy goats, a pig, honeybees, meat chickens, laying chickens, tomatoes, mushrooms, and greens. You can find his podcast The Last American on Preppers’ Broadcasting Network.