Would You Fight for Your Country Like the Ukrainians? A Lot of Your Neighbors Wouldn’t. 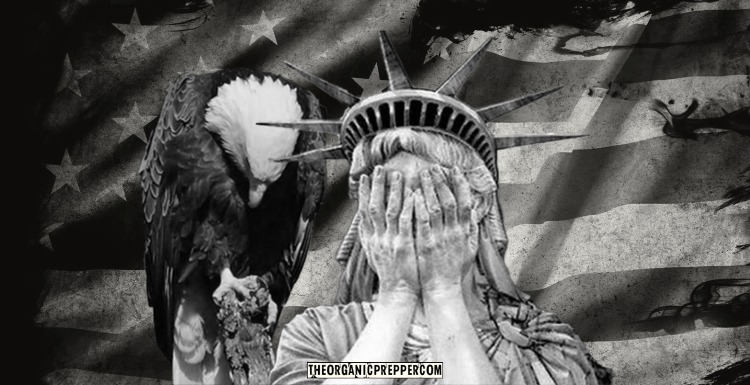 It would be difficult to watch brave Ukrainian civilians facing down tanks and flinging homemade Molotov cocktails at the Russian Army without feeling intense respect for them. Regardless of what you think about the war itself, as always, it is the everyday people that are the ones suffering the most. The question is, what would happen if there was an invasion on US soil? Would you fight for your country? According to a disturbing poll, you’re part of a very slim majority, if you would. A full 38% of Americans said they’d flee in the face of an enemy.

Polling analyst Tim Malloy of Quinnipiac University said, “When confronted with a terrible hypothetical that would put them in the shoes of the Ukrainians, Americans say they would stand and fight rather than seek safety in another country.”

Who would stay, and who would run?

Let’s look at the nitty-gritty numbers on who would stay and fight and who would not. According to the poll, it breaks down along political party lines and age groups.

What happened to patriotism?

I grew up in the days of Red Dawn (the original), and it seems like Gen-Xers like me are among the most likely to stay and fight. I think part of this can be explained by the fact that many of us are empty nesters, and we don’t have small children for whom to care. I know that if I had children living at home, my priority would be to get them to safety.

But that certainly doesn’t explain all of it.

What about the young folks – those who should be more fit to fight than us middle-aged people?

Well, I think our education system and social climate have a lot to do with why they don’t believe our homeland is worth fighting for. They’ve been programmed to believe that the United States of America is a terrible, racist place and that capitalism is bad. Another poll from Harvard shows that many young people are either “somewhat embarrassed” or “very embarrassed” to be American.

Our education system and mainstream media have destroyed this generation of Americans. They have erased their cultural pride, made them ashamed of their history, and negated their sense of self. (This is right out of the Marxist playbook, by the way – destroy a country’s sense of identity by diminishing its history.) Obviously, we have some historical moments that were not our finest, but I challenge you to find any country that does not. We evolve, we get better, and we learn lessons from the past.

The first person in the clip told her they “feel embarrassed to be an American every day” and referenced “racist history, colonization” and “currently just what’s going on with politics and the cops.” (source)

College students interviewed by Newsweek said such things as:

“Learning real American history has made me ashamed to be American,” Twitter user @blackoutvulture, who is 31, tweeted on July 11.

“Learning real American history has made me ashamed to be American. I’ve long since detested my heritage, but I have come to despise the country I find myself stuck in. How can anyone learn about this country and feel proud? It confuses and sickens me.” (source)

Steven Smith, a professor at Yale University and the author of Reclaiming Patriotism in an Age of Extremes, said:

“If students are taught from an early age that America is a country founded on genocide and created to perpetuate slavery—and this has become the ideology of much secondary and higher education canonized today in the NYT‘s ‘1619 Project’—then patriotism will seem nothing more than an expression of bigotry and moral blindness,” Smith said.

“Students today learn copiously about our national failings—perhaps a corrective to an older triumphalist picture of American history—but not enough about our ideals and aspirations.

“The names of our national heroes have been erased from schools and public buildings, and their statues have been removed. Patriotism requires that we have something to look up to, and the current school curricula have become a cure worse than the disease.” (source)

I was disappointed but not surprised at the ages and political lines shown by these surveys. When flying your own country’s flag makes you a target for terrorists that are never prosecuted because some people delusionally see it as a threat, you know your very identity as an American is at risk. When people in your country watch a Supreme Court nominee say she can’t define the word “woman” because she’s “not a biologist,” you know your very identity as a human being is at risk. (Before someone jumps in and calls me a bigot, note that I don’t care what you, as a consenting adult, choose to do with your body. I’ll politely call you anything you request, but I refuse to dismiss basic human biology.)

Arguments like these have weakened us as a country. In fact, they may be the end of our country.

(Make sure you check out our free QUICKSTART Guide on starving the beast so that you can help to keep our country alive.)

Luckily, not everyone feels this way.

I know many people who would not even consider leaving. There’s a reason I’m living in the US again after several years abroad. My country is not perfect, but it is worth fighting for, regardless of whether I agree with people in the office, regardless of our sometimes-sordid history. Tell me of one country in the entire world that has no dirty little secrets, and I’ll show you a country that has completely revised history.

Learning of our faults should not make us hate our country. It should make us strive to be better. I believe we should fix it, not flee from it.

I have no small children who rely on me, something that previously would’ve made me consider evacuating to safety. That’s perfectly understandable for those trying to save their children from falling bombs.

I don’t believe in going out and picking a fight. I don’t believe we should get involved in the wars of other people. But if someone were to bring the fight to my door, I would not run.

I may not be 25 anymore. I may not have the skills of a warrior. But I am an American, right to the core, and if we were invaded like Ukraine, I am willing to die on this hill. For my children, your children, and our children’s children.

What are your thoughts? If your city or hometown was invaded like Ukraine, would you rush to safety or fight back? Why or why not? Let’s discuss it in the comments.