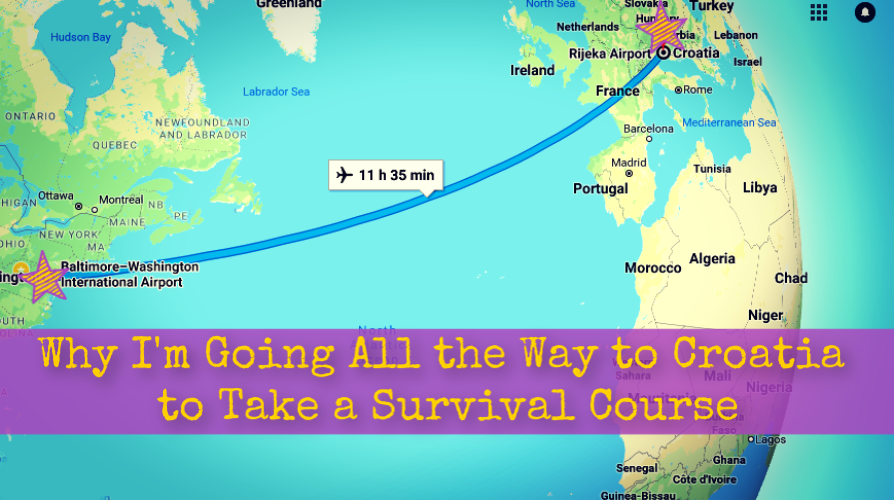 Next May, I’m taking a big trip. I’m going to Croatia to take Selco’s very first urban survival course for women. And I can’t wait.

Why I’m going all the way to Croatia

If you’ve been around the survival world for long, you know that Selco is kind of a big deal. He survived some things that we can barely comprehend here in the USA.  His city was under siege for an entire year. During that year, there were no supplies coming in. There were no utilities working – no electrical, no gas, and no running water. There was no food. No heat. No light. No hope.

And that wasn’t even the worst of it. Sniper fire rained down on ordinary citizens on a daily basis. The horrific shooting in Las Vegas last year at the country music festival? That was a daily occurrence in Selco’s city. Can you imagine something like that being part of your day-to-day life? Heaven forbid we ever reach a place so dark.

Here, it’s very difficult to imagine such a reality. Most of us can’t truly comprehend what war looks like. There, in the Balkans, the scars of that reality are everywhere. Buildings remain in ruins. There are still fields of unexploded landmines. Some areas have never recovered, even more than 20 years later.

This is a once-in-a-lifetime opportunity to see it all firsthand. All the things I’ve researched and studied can’t compare to seeing where it happened, walking through the rubble, and touching the walls riddled with bullet holes.

What I hope to learn

I’ve been through tough times in my life, and generally, it has been with regard to money. We’ve literally been dumpster-diving poor. These difficult times are the reason that I prep.

Over the years, I’ve studied disasters and collapses and emergencies of all kinds. I’ve personally evacuated a homestead due to an approaching wildfire. We got stranded in our home after mudslides, sinkholes, and avalanches closed off every road down the mountain. We have had medical emergencies and subsequent money problems.

But all of these things passed and help wasn’t too terribly far away. Our preps stood us in good stead. We were okay.

The things we dealt with were certainly stressful. They were not experiences I would wish on anybody. But in comparison to the things that Selco survived, they were a walk in the park. And I want to truly understand those things and be prepared if something terrible happens here.

I’m just being honest when I say that my articles – and the articles of nearly all preparedness bloggers – are theory. Selco’s work is all reality. He has seen the SHTF and survived. The rest of us have just studied it. Sure, we can provide great information. But we can’t tell you exactly what worked and why the way Selco can.

And I really want to learn. I want that reality so that I can be prepared to protect my family, no matter what.

This isn’t meant to belittle anyone or the things that we have all experienced. If it causes you stress, anguish, and difficulty, and you get through it, you are a survivor. But now that you know for a fact bad things can happen, are you willing to leave it to chance that you’ll get through the next bad thing? A potentially worse bad thing? I know for a fact that I’m one tough cookie, but tough only takes you so far. To go further, you need knowledge. First-hand knowledge.

And Selco has that in spades. Plus, who else wants to see something besides the back of his head?

Is the SHTF really that far away?

At least once a week, there’s some horrible story in the American news that warns me that the SHTF is really just a few steps away. The veneer of civilization is beginning to crack. It wouldn’t take much for all hell to break loose.

We’ve seen glimpses of it, too. In cities like Portland, Oregon, there have been battles on the street over political ideologies. Tensions are so incredibly high in our nation. We are being turned against one another, neighbor against neighbor. Over politics. Over immigration. Over what each of us sees as matters of right vs. wrong.

We live in a world right now where you can be accosted over a baseball cap you’re wearing or a bumper sticker on your car or even because someone simply believes that you think a certain way or came from a certain place. It’s all been on the news and only takes a simple Google search to confirm that these things are happening. Regularly.

Is it that far-fetched to think that the next unpopular verdict could be the spark that causes the whole thing to light up? Or the next confrontation at the border? Or the next executive order?

To me, it’s really not a stretch of the imagination.

The signs are all there. The question is, what are you willing to do to be ready?

Why Selco is doing a course just for women

A while back, he suggested that I come to one of his in-person survival courses. I said quite honestly that the idea of sleeping outside with a bunch of guys just didn’t sound like my idea of fun. So, he and his business partner Toby designed something totally different.

Because they are sons. They are husbands. They are the fathers of daughters.

They are going to teach the lessons that they want the women in their own lives to learn.

Despite its tragic history, the Balkan region is safe for travelers. The US State Department says, “The Balkans region has made tremendous progress, moving from war to peace, from disintegration to cooperative development, and implementing democratic, economic and defense-related reforms on the path to a Euro-Atlantic future.” Travel advisories for Croatia are at Level 1, which means you should exercise normal precautions. No additional vaccinations are required for travel to the region.

Most of all, Selco and Toby have gone to great lengths to make this experience safe, enjoyable, and educational. We’ll be staying in a nice area that caters to tourists, where crime is rare.

I’ve got a big birthday coming up. BIG. The big five-oh. (I can’t even believe it. How could I be this age? Please say, “Daisy, you don’t look a day over 25.” Thank you.) My baby is now an official adult. I need a freakin’ adventure.

Some folks buy sports cars. Not me. But I did decide to get myself a big, hairy, audacious gift. I’m going to Croatia for a week. I’m taking my preparedness and survival skills to the next level.

This trip makes me think of my favorite song. I’m going and I will savor every moment. I’m going to learn all I can and embrace every experience.

Oh – and not only will I get to learn all this stuff, but it inspires me to get my bootie into better shape so that I can walk further without feeling exhausted. Win-win.

Ladies, I would truly love to meet you there. We’ll all get to stay in apartments in Petrcane, and I have it on good authority that there are lovely wineries and fantastic restaurants there. The first round is on me. How much fun would it be to sip martinis together after a long day of survival lessons? (Or shoot tequila. Hey, I won’t judge if you don’t.) Let’s make a plan to go out while we’re there and get to know each other in person, okay?

Let’s take Selco’s course and become the bad-*ss women warriors that we need to be. 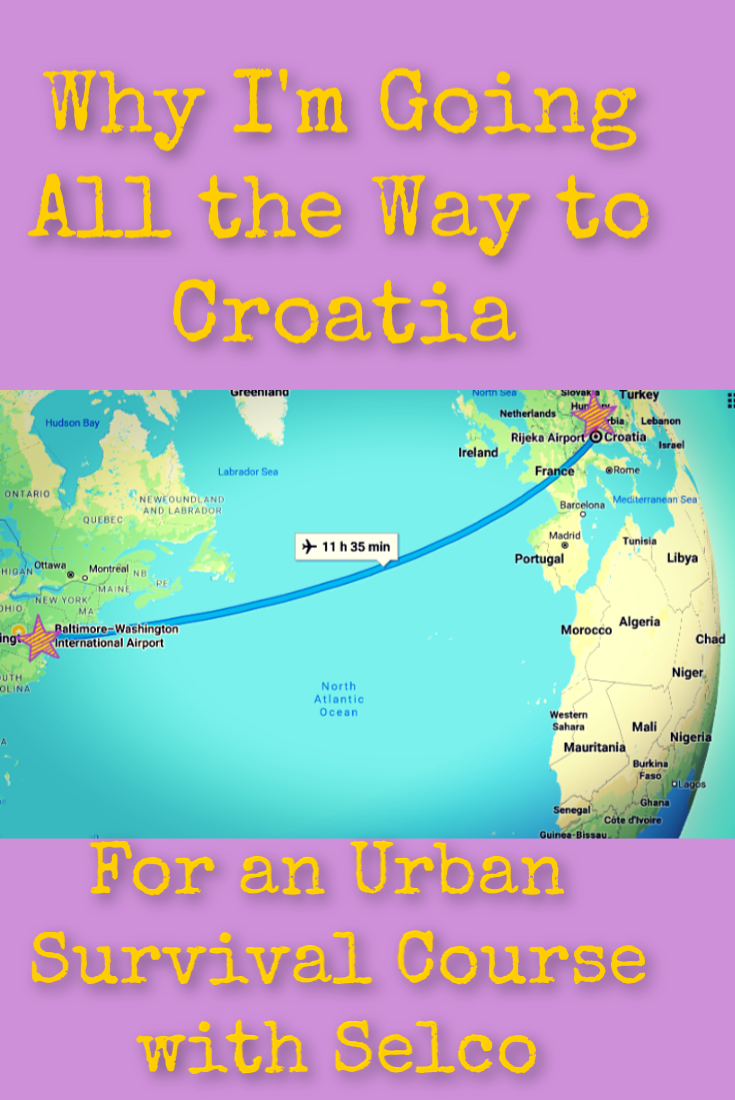