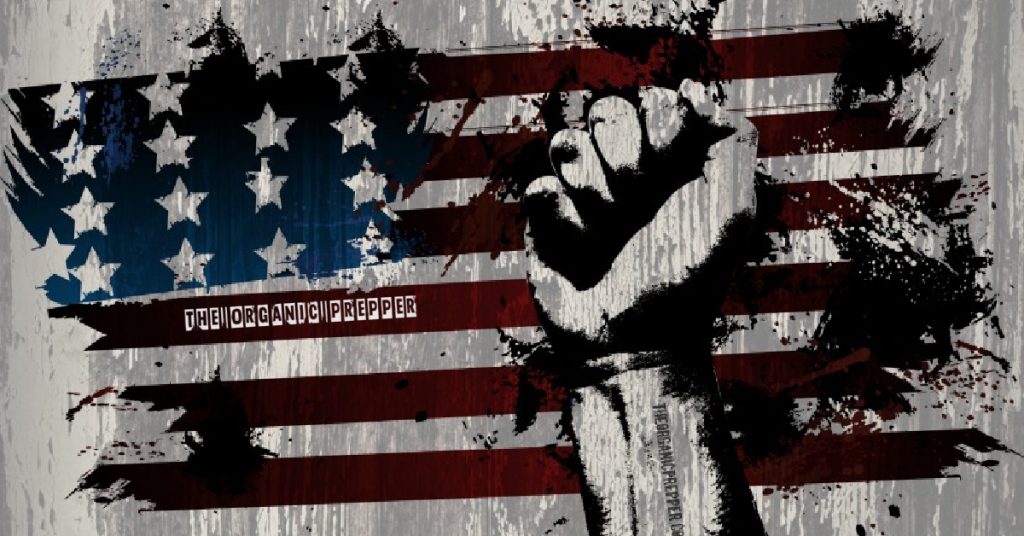 There’s something brewing in America since the last election and that is a complete lack of civility on all sides of the political spectrum. Uncivil behavior isn’t just widely accepted – it’s praised and cheered on. Hatred of one another is becoming the norm and this is how civil wars begin.

A girl in California knocked someone’s MAGA hat off and slapped her teacher.

The examples are many. Just yesterday, a girl in a small town in California was arrested because she stole another student’s MAGA hat and then slapped her teacher as he escorted the ranting young woman from the room.

But of course, in the comments of certain outlets, some people are defending her.

“Maybe the shouldn’t alow [sic] hats like that to be worn in school as it is incitement to say the least.”

Wearing a MAGA hat is the same as wearing a swastika, and the people who wear them know it. We all know what they mean by it. Good for this girl. She had the guts to stand up to nazis. Hey, free speech: If this guy walked in with a swastika on his hat would it be OK to knock it off? I always wondered how I’d feel if I was growing up in nazi germany. Would I have the guts to fight? This girl has guts. America fought a war to take out the nazis and now we have a lying, crooked, sick wanna be nazi and fake businessman / tv reality idiot running the country with the help of the Russians. You people want to wear that hat? Be ready for normal people to think you’re a traitor. (source)

For the most part, though, people voiced their approval that the girl is facing some discipline.

It isn’t just high school students who are being cheered for uncivil behavior. After a violence erupted last month in Charlottesville and Washington, DC, Chris Cuomo passionately defended the actions of Antifa.

The CNN anchor said there could be no “moral equivalency” between violence from the two camps and that outbursts from those protesting hate was more excusable than those promoting hate.

“It’s not about being right in the eyes of the law, but you also have to know what’s right and wrong in a moral and a good and evil sense,” said Cuomo  “That’s why people who show up to fight against bigots are not to be judged the same as the bigots, even if they do resort to the same kinds of petty violence. The law will take care of that.”

…Cuomo also said that the issue was comparable to fighting an immoral enemy in a war or the civil rights movement.

It isn’t just the “left” that is behaving badly.

Before this article turns into something that seems like a partisan rant, I want to say that it isn’t just the liberals who are behaving uncivilly. There are opposing groups who go out of their way to be just as offensive, and in many cases, seem to egg on the behavior above so they can get into altercations.

Take, for example, Christopher Monzon, (also known as Chris Cedeno) a guy in Miami who was protesting a street name protest. Now, I’m not into changing street names or knocking down statues, (see my thoughts on erasing history) but this guy was there just to cause trouble.

Monzon was standing near the entrance to Hollywood City Hall, in front of a police line that separated him from 150 to 200 protesters. Cedeno was filmed jawing back and forth with a protester from roughly ten feet away.

“You are a cancer on the face of the earth!” Monzon shouted. “All Jews are!”

He then ran directly at the crowd with a flagpole pointed toward the protesters. Cops were filmed tackling Monzon and taking him away Monzon in handcuffs.

A spokesperson for Hollywood Police said Monzon has been charged with aggravated assault, disorderly conduct, and inciting a riot. (source)

Monzon isn’t the only guy who tries to cause trouble. There are all sorts of self-avowed white supremacist groups with horrific points of view who are out there shouting their insanity to anyone who will listen. It’s deliberate sh*t-disturbing that does nothing but push Americans further apart.

Remember when families were getting separated at the borders? Human parents were separated from their human children. Sure, they were breaking the law. But does it mean that our response must be inhumane? Well according to tons of people on the internet, it does. I couldn’t believe some of the horrible comments I read about how these people and their innocent babies deserved terrible things to happen to them.

Come on, folks. Being born south of Texas doesn’t make a human being the equivalent of a stray dog. There’s a huge difference between sending people back and taking away their children to be housed in a government facility for months. And remember how the American government lost *(sort of) a bunch of these children? Is there any question why pro-immigration people think anti-immigration people are evil? Again – uncivil actions get uncivil responses.

There’s a long, sad list of awful behavior from both extremes of the political paradigm.

Then we’re back again with the responses to these uncivil actions.

And of course, this pulls the trigger on opponents of this kind of behavior, who suddenly think anyone right of them philosophically is a mouth-breathing Neanderthal. Two professors want the police to treat all alt-right groups as “street gangs” to prevent political violence, which seems rather unfair when they completely ignore the presence and actions Antifa.

Valasik and Reid argue that treating “racist” groups like the Proud Boys and Patriot Prayer as “conventional street gangs” would “deter violence” at events like this.

“Law enforcement should consider alternative approaches to curb the violence that accompanies them,” they write. “As criminologists who study street and prison gangs, we argue that Alt-Right groups are no different than conventional street gangs, and should be treated as such.”

According to the scholars, doing this would “expand law enforcement’s toolbox to more effective tactics,” such as creating a database to “identify, collect, and share intelligence about Alt-Right members who are routinely engaging in violence,” much like police do with gang databases today.

The researchers argue that the next step would be to keep these individuals from convening, explaining that “It would then be feasible to use civil gang injunctions to limit the association and congregation of these individuals.”

The article goes into great detail explaining the ways in which these groups are similar to traditional street gangs, comparing the Proud Boys’ characteristic wearing of Fred Perry polo shirts to gang members wearing a particular color or insignia. They also reference the public presence of the “Alt-Right” groups, specifically at demonstrations and college campuses…“Adapting an old adage,” they propose that “if an Alt-Right group looks like a gang, acts like a gang, and sounds like a gang then it should be considered an Alt-Right Gang.” (source)

For every action, there’s an equal and opposite reaction.

The result of all this going back and forth between ideologies is simple physics. Newton’s Third Law, to be specific.

The more that people of different races accuse other races of bad behavior, the more the innocent people being called out will begin to lean toward that bad behavior.

The more that people of different ideologies push people who they believe disagree, the more those people will push back.

And if you’re sitting there smugly thinking that this doesn’t apply to you, it probably does.

I’m not a racist and being called one just because I’m white and not a liberal makes me angry. It makes me feel like the people calling me that are my enemies when in reality, we’d probably get along just fine if it weren’t for this uncivil climate in America right now.

And it’s the same thing when a person knocks another person’s MAGA hat off their heads. The person’s aggression makes the person who was sitting there with a hat on his head feel defensive – and that isn’t unreasonable. This results in animosity between the two people, like two magnets repelling one another.

My liberal friends (yes, I have some) don’t hate America. They just have a somewhat different approach to things like immigration. For some people who are thoughtful and intelligent, they can provide some compelling arguments to support their opinions. But if I suddenly start screaming at them that they’re Commies, we’re no longer going to be friends. We’re no longer going to be civil to one another. We’ll be enemies instead of friends.

If people could calmly discuss these differences in philosophy and look for common ground, they just might find some. Instead, people are supporting incivility and enmity.

This is how civil wars begin.

When people can no longer find that common ground, they become enemies. Battles erupt that lead to wars. We don’t see fellow Americans and human beings. We see masked attackers and shouting aggressors. We see those who support those loudmouths who honestly do not speak for most of us. We need to remember that the folks out there acting badly are the extremes. Most of us are far more middle of the road in our beliefs but you don’t hear much about that from the media.

When uncivil behavior is seen as acceptable, when it is encouraged, it becomes the norm. Then to get attention, the actions must be more and more extreme.

Uncivil actions are the flashpoints for civil wars and we are right on the edge.