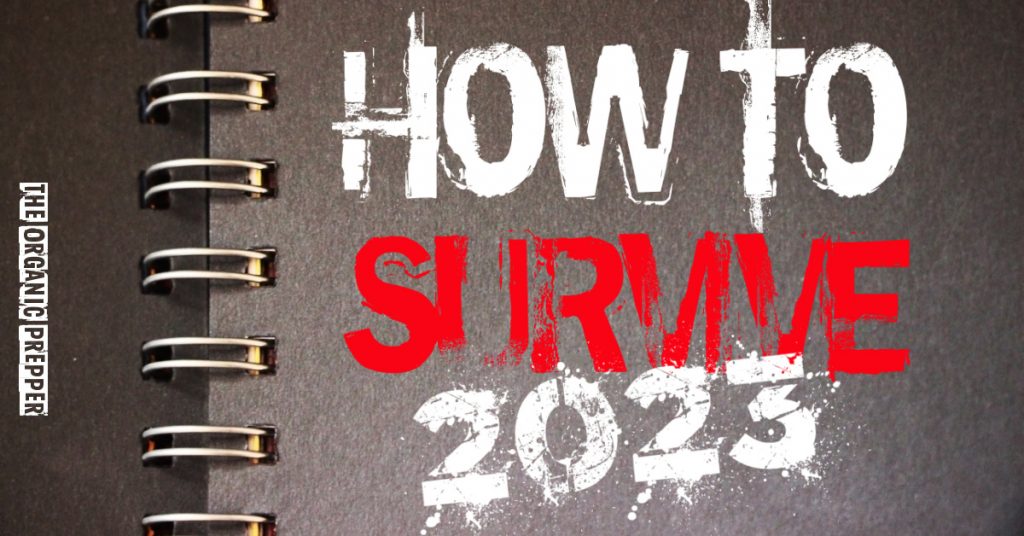 It sounds really dramatic to say there’s just ONE WAY to handle a crisis, but I’m going to go out on a limb here and say just that. We’re looking at very hard times coming up – heck, they’ve hit many of us already. And I think there’s only one way to survive 2023.

We have to make different choices with our money.

Many of us will be forced to do it. We will make different choices because we won’t be able to afford to make the same ones we’re making right now. We will have to cancel some of our regular expenses and downsize parts of our lives.

Others might be able to squeak by spending as they have been for a little bit longer. We saw this over Christmas. A lot of people put the holiday on credit cards. They bought the same food as traditionally served, epic gifts for the entire family, and decked the halls full on. They wanted “normalcy” and “one more good holiday” for their families. It’s not the decision I’d make, but I do understand it. Change is hard. Seeing your children forced to adapt can be painful. Getting a spouse on board can be next to impossible.

One way or the other, 2023 is going to look different for nearly all of us.

What is the projection?

We don’t need a crystal ball to know that the outlook for our economy is rather grim.

First, there’s inflation. Many experts expect inflation to increase in the coming years due to rising demand and the impact of government stimulus measures. The Federal Reserve predicts that inflation will remain below 2% in the near term, but could rise slightly above 2% in the long term. Of course, anyone who has visited a grocery store recently can attest to the fact that the “official” inflation and the real-life effects are entirely different numbers.

We’ve also been dealing with supply chain issues since the Covid outbreak in China in 2020. Exports dwindled, and store shelves emptied. While we recovered to some degree, our supplies have never reached pre-pandemic levels, and prices have remained high.

And it isn’t just shortages causing economic issues and supply chain problems. The U.S. economy is heavily dependent on international trade, and the ongoing trade tensions with China and Russia will continue to have an impact on the economy.

Then there are the bubbles.

There are several subprime lending bubbles that could potentially burst in the US economy, including:

If these bubbles burst and people begin to default on their loans, it could have serious consequences for the US economy. It could lead to a wave of bankruptcies and foreclosures, which would negatively impact the housing market and the overall economy. It could also lead to a drop in consumer spending, as people struggle to pay their debts and bills. This could lead to a recession, as businesses struggle to make ends meet and lay off employees.

And not only is this a threat to our overall economy – it’s going to be very difficult for us on personal levels.

It’s not our first rodeo.

The common link between all of these?

Despite leadership that may or may not have sufficed, we survived each and every one. We adapted. We made the changes we had to make. We got through it.

And we’ll survive this one too.

How can you adapt?

There are big ways to adapt and small ones. The changes you make will depend on your situation. You’ll adapt to your unique circumstances.

If your circumstances are dire, you will be forced to make huge adjustments because there’s simply no alternative. The credit is gone. The money isn’t there and won’t stretch to cover newly inflated prices. If you are in this kind of scenario, you may need to revisit your living arrangements, consider dropping down to one vehicle, or cancel extracurriculars for the kids.

Others may be able to pick and choose the changes that they make. Lots of smaller cuts can be easier to handle for some people than huge, dramatic cuts. Little things like dropping down to the next level of internet service, skipping the daily drive-through coffee, and swapping out name brands for generic can make a difference if you don’t have to overhaul your budget entirely.

Slashing your budget in one way or another will happen for just about everyone. But we’ll survive. It’s what we do as human beings. We’re wired to get through stuff.

It doesn’t have to be miserable.

The way you approach the upcoming changes will greatly affect how you and your loved ones handle it. It’s essential to adapt philosophically too. You can’t think about everything you’re losing. You have to find the positive things. Maybe your life doesn’t look like it once did, but it can still be good.

Look, I’ve lost everything. EVERYTHING. And it happened after I built myself up from nothing as a single mother making minimum wage. I lost my house. I lost my car. I was forced into radical changes. I had to move to a tiny little apartment with my girls, and it had to be close enough that I could walk to work. Then, I lost my job, too, during that delightful Great Recession mentioned above. I ended up getting an old beater of a truck and moving out to the boondocks of Canada in the Algonquin forest in a drafty cabin that only had wood heat. It was literally the cheapest rental in Ontario. That was my search parameter. And there, I rebuilt my life again. I went in a different direction, re-budgeted, and I started over.

And you know what? It turned out to be awesome. It’s how, eventually, I found freedom.

It was a different kind of awesome and it certainly wasn’t immediately wonderful.

Suddenly I didn’t have a job with benefits and a boss. Everything was on me. I worked a lot. But I also learned a lot.  I started a new career and a business of my own. I had outdoor adventures living out there in that frozen wilderness. Instead of going out to lunch, we went for a hike and identified animal tracks in the freshly fallen snow. We learned to look forward to the days when the power went out because we could play games and read books without guilt for not working. We found new ways to enjoy life, ways that didn’t cost us a lot of money.

I had to keep going to get to the good part. To the new happiness. To live well.

And that’s what it’s all about. Living well. Sure, we’ve got to spend less money. But that doesn’t mean you’re doomed to a life with no fun, no joy, and nothing to look forward to.

It’s all in how you approach it. What you see depends on where you put your focus. Are you focused on what you’re gaining or what you’re losing?

Check out our new PDF book, One Year of Life-Changing Frugal Living Ideas and Philosophies. Get more than a thousand pages of savings, large and small. Our philosophy is that you can live well while spending far less money than the Jones next door. We’ll show you how to do it in this epic roundup of more than 200 “Thrifticles” that will make it easy to live well while spending less. We want to make this available for everyone, so this weekend, you can name your price for this PDF book that will seriously change your life. Go here to get your copy.

Don’t plan to just grimly live through it. Plan to find some happiness while still adapting to your circumstances. That way, you’ll not only survive, but you’ll grow as a human being.

There’s no denying that the very fabric of our nation has changed over the past 50 years. Heck, America now is practically unrecognizable from the country of 20 years ago with all its wokeness and PC nonsense.

But the idealist in me believes that deep down, the resilience of our ancestors remains. I sincerely hope we will channel the resourceful spirit that has seen us through every other difficult time in our history.

Your attitude about the changes you’ll face will be everything. The difference between success and failure is all in your mind – and your mindset. You can set an example for your family and help them with their own perspective.

The only way to get through this upcoming economic melee is frugality – perhaps even extreme frugality. Nobody’s version of this will look the same. We can’t individually repair the entire nation’s (and the world’s) economy, but we can change the way we manage our own money. We can roll with what life throws at us. We can thrive.

What do you believe is the key to surviving 2023? Are you concerned about the economy? Are you making changes to handle looming inflation?

Let’s talk about the future. Let me know what you think in the comments.