40 Lessons to Teach Your Kids Before They Leave Home 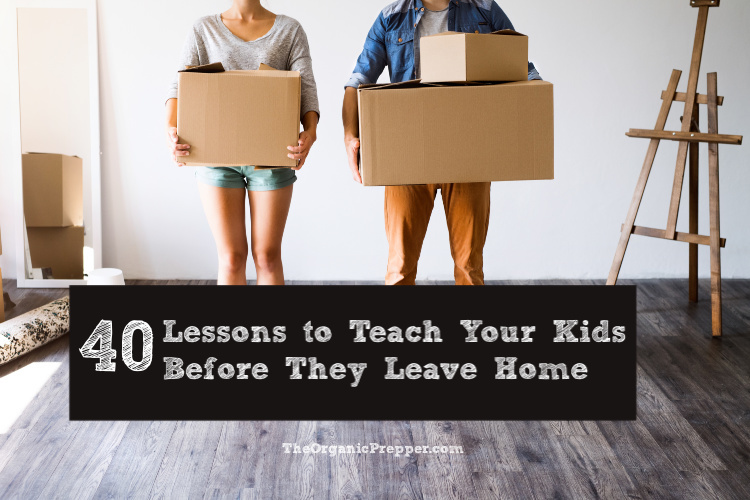 “Millenials” have been the butt of a million jokes about incompetence. The generation born between 1981 and 1996 is considered entitled, ultra-liberal, and naive about how life works. But maybe they’ve gotten a bad rap because what no one ever points out is that maybe the issue isn’t with these young people but with how they were raised. I know that my own millennial daughter is competent, frugal, and independent.

As a parent, the most important job I will ever hold is “mom” to my two daughters. And if I’m not teaching them the important life lessons they need to survive and thrive in this crazy world, I’m not doing a very good job at all. Of course, once they get out there, there are a million variables, but how they deal with those variables has a lot to do with whether they were raised to think independently or raised to wait for rescue.

While I raised girls, I think it’s essential that we teach our kids skills outside the typical gender roles. Boys need to know how to cook. Girls need to know how to fix things. Maybe it won’t be their lot in life to do things outside their traditional roles, but take it from someone who never planned to become a single mom, things don’t always go the way you expect.

As my younger daughter prepares to leave the nest (*mom sobbing*) I feel confident she’ll be just fine because I’ve taught her to the best of my ability the things she needs to know to be a successful adult.

The skills you teach your children while they’re your captive audience will see them through many things – not just everyday life but also through a potential disaster.

Everyday skills every young person should have

Here are the lessons that I think every parent needs to teach their child, whether you’re raising boys or girls. Before leaving the nest, they should be able to:

Emergency skills every young person should have

Some of the skills above will cross over into emergencies, like First Aid. Outside of the basics of everyday life, your kids leaving home should know:

It’s our job to make sure our kids are competent when they leave home.

There are really too many skills to list when it comes to preparing your kids for everyday life away from mom and dad. What other skills would you add to this list of basics?