Survival: The Ultimate Form of Resistance 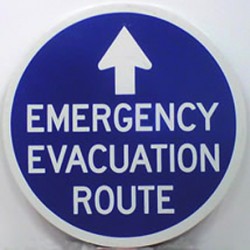 Being prepared for the unexpected is what my website is all about.  We’ve talked about what you should store and about  becoming more self-reliant.  We’ve discussed health and the evil agendas that appear to be afoot.  We’ve bemoaned the ridiculous laws and the encroaching police state.  We’ve made lists of what you should have, where you should live, and how you should fortify your home.

But what if you had to walk away from everything?  Your food, your tools, your home, your currency – everything that you have spent years accumulating to prepare you for the worst.  What if the worst is actually worse than you had imagined?

I was recently on a forum where “bugging out” was being discussed.  One of the people commented that if he and his family had to leave their home, they were dead.  To me, that sounds defeatist, and I just can’t wrap my brain around it.

Think about this for a moment.

What if you had no option but to leave your home?

Things like chemical spills, nuclear meltdowns, confiscations, invasions, and natural disasters can occur, and if they do, your options may become: leave or die. Some folks say that they’ll die to defend their right to stay where they are, which is a valid choice. Personally, if it gets to that point, my children and I are leaving.

Bugging out is not giving up.  If you can survive and live free despite every effort to the contrary, your continued existence is the ultimate form of resistance.

Your survival, if you choose to leave, becomes about two things: what you have learned and your mindset.

Skills: The Lightest Thing You Can Carry with You

What can you bring with you, wherever you go, without having to worry about the space it takes up in your bug-out bag?  Without being concerned about the weight it adds as you hike ?

The things that you learn while becoming prepared are far more important than any amount of beans or band-aids that you can store. This is not to undermine the vital nature of essential supplies, however, with the right set of skills, you can still survive without them. It won’t be as easy, but it is possible.

To name a few:

Just having read about these things is no substitute for actually having performed the tasks before. When I first moved up to the North Woods, I blithely thought that keeping a fire going in the wood-stove would be a simple task. I was very excited about the concept of my upcoming blissful lack of dependence on the grid for my heat.

Reality stepped in and smacked me in the face when I was rarely able to keep a fire going for more than 15 minutes.  The trolls, who were all born knowing how to build fires by rubbing two sticks together in the midst of an ice storm, scoffed and laughed, pointing out that this incident meant that I had no hope of survival in the future.  Quite honestly, I started to wonder about it myself.   After the first week of this, I was frustrated, but thankful it wasn’t really that cold yet.  After the second week, I was starting to freak out a little bit.  By the third week, I was quite certain that once winter had descended we would be discovered under a pile of blankets, frozen into human popsicles in our cold little cabin.  Then, I figured it out.  Fire happened.  I learned the ins and outs, what  to do if my wood was damp, and half a dozen ways to build a roaring fire in just a couple of minutes. Since then, I’ve built fires in open fireplaces, outdoors in a firepit, and even managed a little celebratory bonfire in the snow for some winter evening s’more-making.

Had this been an actual emergency that had me bugging out from the city, trying to start a campfire in the middle of the woods, we would have been in big trouble.  But now, I’m fairly confident in my ability to build a fire whatever the circumstances.

I’m sharing this to explain why there is absolutely no substitute for hands-on experience.  The most vital skills – those of finding water, staying warm, creating shelter, and finding food, must be practiced until you could perform them in your sleep.  Books and websites are no substitute – they provide information.  Practice provides skills, and your skills are the only things that you can rely on having with you when you need them.

Survival: A State of Mind

The other vital component is your state of mind. There is simply no substitute for a survival attitude.

The key components to a survival mindset are:

Of course you don’t want to become a refugee.  You aren’t happy about the fact that you’ve had to abandon your hard work and your carefully chosen preps.  But dwelling on this fact and refusing to accept the reality that IS will become a death sentence in very short order if you don’t stop the thoughts in their tracks.

A while back, I wrote about adaptability.

All of those are fine qualities in a prepper but there is one key to survival in nearly any situation that trumps all of the above.  That key is adaptability.

More than one person refuted the suggestion that we should be adaptable.  They made the very valid point that sometimes adapting is giving in.  The thing is, your very survival flouts the enemy.  There is nothing that says “resistance” more loudly than surviving (and thriving) when an enemy hopes to see you dead.

When things go wrong, you cannot give up.  I wrote above about the month it took me to learn to build a fire properly.  I met repeated failure on almost a daily basis, with a fluke fire here and there that stayed lit. Despite that, several times a day (seasoned by a few swear words) I squatted down in front of that wood-stove and kept at it, until finally, one day, I figured it out.

Persistence in all things will eventually meet with success.  It may not be the success you had envisioned, but by refusing to give up, you will figure things out.  Maybe this is catching a fish, using a snare, building a fire, creating a shelter that won’t fall down on top of your head, or growing a garden.  Many obstacles may arise but simply by continuing to work towards your goal, you’ve already defied defeat – and that is success, right there.  As my dad used to tell me, “You haven’t lost the fight until you stop getting back up.”

The principle of resolve is the third component of your survival mindset.  You must have a primary goal that is above and beyond the smaller goals of keeping your property, holding your ground, or defeating the beast.  Your goal of survival must be firmly in your mind, regardless of the circumstances.

What are you prepared to do in order that you and your family survive?  If you say “anything” – and you actually mean it – then that is a measure of your level of resolve.   In an all-out TEOTWAWKI situation, it is possible that horrible decisions might have to be made.  There could be situations where your personal ethics must be over-ridden by your survival instinct, particularly when it comes to caring for your family. After those actions, whatever they may be, are undertaken, you must maintain your presence of mind and move on to the next task, instead of being broken down by the choice you have had to make.  If you aren’t willing to do that, or if you cannot work the unalienable right of self-defense into your personal  moral code, then you may not have the resolve required to survive. Harsh times may call for harsh actions. When they do, you just have to grit your teeth and go with it if you intend to survive.

The reality of bugging out is ugly.  Unless you have a destination in mind, you are a refugee, and thus at the mercy of human enemies, the elements, and Mother Nature.  It is an absolute last resort for most of us and not a decision to be undertaken likely.   If you leave, whether by necessity or by choice, you need to understand that, in most instances, bugging out could mean that you will never see your home or your possessions again. What you take with you is all you have to begin your new life.

There only two things that no one can take away – the things that you carry with you always:  your skills and your mindset. Build both in order to survive regardless of the status of your tangible preparations.  Surviving is the ultimate form of resistance. 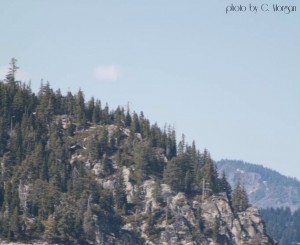