I Survived an Urban Survival Course with SELCO 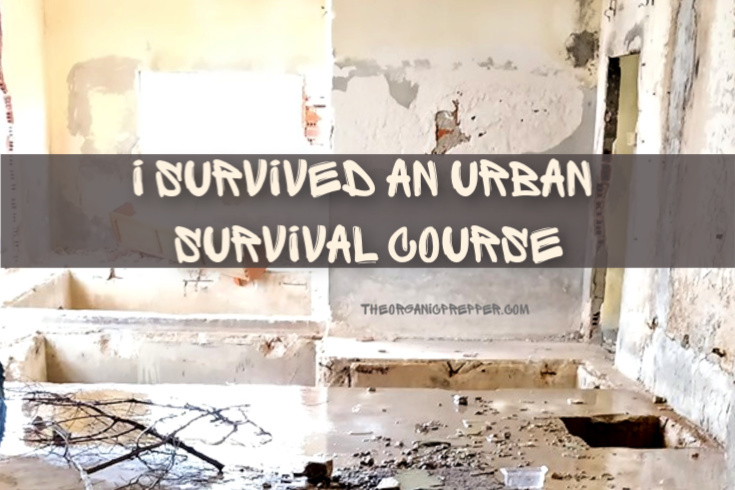 What happens when you take a chubby, middle-aged mom, put her on a creepy, abandoned military base and tell her to clear a building in which to take shelter?

Since it’s not a real SHTF scenario, hilarity ensues. But had this been an actual emergency, (read that in the voice of the guy who does the National Broadcast System on television) it wouldn’t have been one bit funny. It would have been deadly and now I understand far better how so many people died quickly when Bosnia descended into mayhem.

Let’s go back to the beginning and I’ll tell you about how I survived Selco’s first Urban Survival Course for Women.

(PSST: Registration for the 2020 Urban Survival Course for Women is now open! Check it out!)

At first, I wasn’t nervous at all. I felt fairly confident in my skills, although physically, I wasn’t in the greatest shape. I recently had major abdominal surgery and after an awesome few weeks in the Balkans, I had a little tickle in my throat. But I figured I’d be fine.

Well, that was the first mistake of numerous ones I’d make during the five-day course.

But one thing that was not a mistake was getting off my butt and flying halfway across the world to undertake this training. I met 5 extremely cool, bad-ass women who joined me in Croatia where we learned important lessons, drank a significant amount of wine, and saw some incredibly dark things.

Part of the course was educational (sort of a classroom setting) and the other part was experiential (actually going out into the field). Also, I never thought I’d text someone “In the field. Can’t talk.” But, hey, now I have.

The course had 2 instructors to 6 of us ladies. Of course, the Big Kahuna was Selco, who is a really cool guy. Next, there was Toby Cowern, the owner of Tread Lightly Survival. Toby is a former member of the British Royal Marines, a British military intelligence guy, and a wilderness survival instructor. Between these guys, there is a huge amount of real-world experience and they were enthusiastic to pass on their knowledge.

The classroom stuff was incredibly interesting. Generally, I have trouble sitting and listening to someone talk but the guys were funny, engaging, and vastly informative. Not once did I feel like I was nodding off. I have at least 30 pages of notes that were all “aha” moments.

However, by Day 2, my tickle in the throat had turned into a full-blown cold with a deep bronchial cough. Nothing like adding a little reality to my doomsday scenario, right? I stuck with it – and ladies, if you ended up with a cold when you got home, I’m really sorry. Just call me Typhoid Daisy.

Being in the field

Remember how I said we visited some pretty sketchy places? 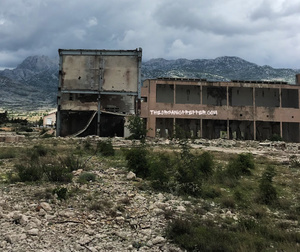 No amount of YouTube videos, website articles, tell-all books can actually prepare you for being in a “live environment.” The abandoned buildings we visited had a very creepy feel to them and they were littered with the detritus of human suffering.

You can’t prepare online for the smell of decay or the uneasy feeling of hazards everywhere.

The buildings told a story of a time past when shelling and sniper fire occurred nearly constantly. They also told a more modern story about people using these feces-filled, dangerous, filthy buildings as a stopover.

We visited numerous buildings with the guys to escort us and each one told a multitude of stories about the people unfortunate enough to have spent time there.

But that wasn’t all – it wasn’t just about other people’s memories. There were innumerable dangers – everything from unexpected person-sized holes in the floor to shattered glass to drug paraphernalia. There was debris from the past 30 years everywhere, rusting and rotting. The chances of getting hurt seemed fairly high, but the course was run extremely well and we had no casualties.

These abandoned buildings were our playgrounds and classrooms over the five days we spent together.

At night, we slept in large, pleasant apartments with central heat and air, hot water in the shower, and a fridge to keep our drinks cold.

During the daytime, it was a completely different matter. Survival isn’t a comfortable thing and we certainly were not made comfortable during the day. (I even peed outside – it’s not my thing – and survived to tell you this tale.)

The temperatures fluctuated from hot sunburn weather to cold and rainy. Bad weather did not halt our activity and it absolutely delighted 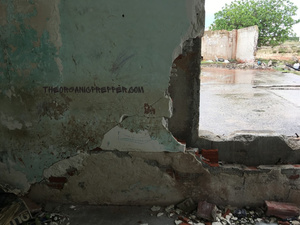 our instructor Toby. As soon as the thunder rumbled, he quite literally rubbed his hands together in glee.

After a couple of days to orient us, we were turned loose in the field. We were given assignments. “Pretend your in X situation and go out there and do what you would do if that was actually happening right now.”

We did recon to locate suitable shelters. We set up temporary camps, built fires, boiled water, and ate meals in some pretty grim circumstances. We cleared buildings.  We used our tools and gear and really put things to the test.

Day 4 of the course was particularly long. We started at 8:30 in the morning and were out until 11:00 at night. Part of the day was spent in the “classroom” – a kitchen table – but the majority was out in the field.

This was the day we learned to be stealthy – or we tried. I like to think my coughing-up-a-lung provided cover noise for my teammates. We were taught to cross the glass and debris littered surfaces barely making a sound, something I’ve been practicing since I got home. (Look out, pets and family!)

Later in the day, we drove out to a former factory that had been turned into a military base during the war. This was where we spent most of the day (and where I finally peed outside.)

After a few hours completing our tasks, we drove to another abandoned base where we had to stealthily (I’m really not very stealthy yet) clear a building and take cover. It was rigged with harmless yet realistic booby traps and by this time, it was getting dark. Stealth is slow business – it can take an hour to cross 40 feet.

Then, of course, it began to rain. Torrentially. 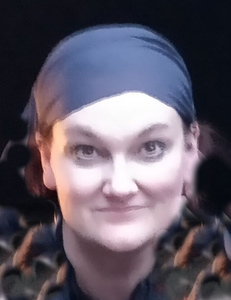 and far stealthier than the rest of us – she belly-crawled her way through concealment like a true bad ass so that only one of us would get blown up should such an event occur. My hair was dripping wet and my pants were likewise soaked.

Then I tried to kneel and I’m sorry but I have to admit, my knees snapped, crackled, and popped and I found myself stuck in that position until I finally rolled onto the ground and pushed myself up on all fours. Like a bug stuck on its back. Really stealthy, right? But, as our fearless leaders repeatedly reminded us, you have to train for the body you’re in. And by this time, my body was feeling the effects of a long day, being cold and wet, recuperating from surgery, and having a terrible cold.

By around 10 o’clock we’d all conquered the building in some way and there was an offer to stay overnight. I’m going to be really honest here: not for all the tea in China did I want to sleep there and especially not with my increasingly horrible cough and cold.

It was wet, chilly, and downright uncomfortable by the end of the exercise and I was delighted to get back to the apartment and hit a hot shower.

A lot of what I learned in this course is that in many areas, I have a long way to go and most of that is physical. I think my Balkan boot camp (trying to keep up with Selco’s long legs) has me off to a good start. But before I started actually doing these things that I’ve described above, I didn’t realize what I liability I would be in certain situations. Now, I have a plan to work on this stuff and improve because I know.

It’s important to remember that prepping and survival are two different things. Just because you have enough food to see your family through 4 years of pestilence doesn’t mean you’d do okay if you were stranded in an urban environment when the SHTF in a big and violent way. Both of these things are very good things to do, but you need to do both. Just one won’t do it if things really go south.

I guess the biggest question I have for you is whether you also have a long way to go. And take it from me, you won’t know until you test it in the closest environment possible.