SELCO: Someone WILL Enforce the New Rules When the SHTF…And You Probably WON’T Like How They Do It 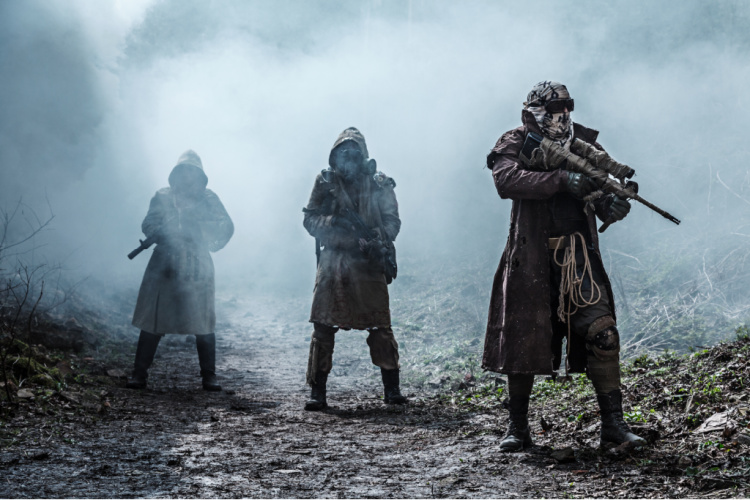 Words are important, to be sure that we are talking about the same things and situations. We need them so that we can somehow “categorize” things.

Because we are living in a world where we want to have reasons and “boxes” where we can put all those reasons for everything. We want to then file away the actions that we are going to take because of those reasons.

We want everything to make sense because it is easier to work in a situation where everything has sense and reason, and where there is a clear and clean solution to everything. Not to mention we want to live in a world in which we want to make a stand – a hard stand – because we live by norms and rules that most people think are written in the stone.

It will not work in that way.

Not in a real and serious SHTF.

Right here I want to make a point that I do not classify myself as ‘better than the average prepper’ in anyway, because I do not live with such a strong need for reasoning and structures, I do not have a higher quality of daily life because of this,

I do feel better prepared for serious situations because I do not ‘need’ to always have structures and clear reasoning for my actions. This enables me to decide and act more impulsively and intuitively because I do not need to engage in a lengthy or detailed ‘reasoning’ process.

WROL vs DROL…where to start?

WROL is a word that most people imagine describes something like complete anarchy, absence of rules, law, and everything that makes up a society. Does this mean a society where human rights are absent, dictatorship rules, no freedom at all. Is that WROL?

RELATED: There’s No Such Thing As “Without Rule of Law” – WROL vs. DROL

They still have laws, rules, police, and maybe courts. But their “rule of law” is not anything that you understand it to be. For example, they may have a law written where you could be jailed and detained without proper court case for months or years, simply because you criticized the government. Or, even because you wear something “improper”.

So basically it is still a world with society and order and laws. Everything is governed by the law. However, this law is absolutely different from any law that most of you imagined. You may call it lawlessness, but it is not. It is not WROL.

It is a Different Rule of Law (DROL)

In essence, for you, it might feel the same though. It will feel like hell because it is so far from what you thought it would be.

Well, it could be something like we see in movies: hordes of people fighting in the complete absence of any rules for resources or whatever. But, that is a movie.

In reality, it happened, and it may well happen again, but only as a specific stage, it can be a shorter or longer stage,. It is almost always very short.

Rarely is there a vacuum of power at any level of society, and keep in mind that I talk from the experience of urban survival in an extremely broken down societal situation. As I have written many times before, we currently live in a society where the system is running, and because the system is running we do not see parts of society that are running on the “edge” or ‘fringe’ of that system.

There’s always someone ready to jump in.

We might see it as a “glimpses” in news, movies, or in the image of a local drug dealer that is somewhere standing, maybe on the corner close to your living place. That drug dealer is part of something larger, and rarely we think a lot about that larger part. There is usually a highly organized “system” behind him.

It is an example only, but those kinds of people or organizations are there, living today around us, on the fringes of the ‘normal’ system.

And guess what? Usually, they will be there ready to jump and fill the gaps as soon as they appear.

There are other forces who are in the system, and who are enough organized and ready to fill the vacuum. Paramilitary organizations, political fractions, etc.

Understand, in some cases, fringe organizations, or even you and your structures at a local level,  jumping in can be a good thing. It prevents even more extreme elements or total anarchy from taking hold, that otherwise would happen. And then you are not going to have mayhem, chaos, lawlessness like in apocalypse movies maybe, then you are going to have a different rule of law – DROL.

Words are important, but it is also important to think outside of the box.

Yes, words are important. But if someone has a bag with all the essential things inside for surviving running away from home, then it is a good thing. A great thing. It is not important that he or she does not use word BOB for that bag, or does not know what that word it is.

It served the purpose or solve the problem, everything else is semantics.

On the other hand, if you are prepping for the WROL based on fantasies that are out there for years and decades, and if you are sticking hard to it, then words are important, and it is good to think about the word DROL.

There will almost certainly be little-to-no time without rules of governance. There will almost always be rules that you have to be aware of quickly and obey in order to stay safe. Usually, the more challenging the event or time, the more oppression will be used to establish ‘order’. Alternatively, you will make the conscious choice to avoid the rules, hide from them, or fight against the rules AND the structures that enforce them.

Or to suffer under them in order to live one more day and fight tomorrow maybe.

Even if you find yourself in a time where there is an absolute absence of rules, rulers, and laws, be prepared for someone or something who is coming, very quickly, who will try to impose rules, most probably by more divisions, factions, parties, or separation.

We can call it the collapse, chaos, WROL, SHTF which essentially is the truth. But make no mistake. Someone will always try to be above us, to rule.