SELCO: What It’s Really Like to Live in a City Under Siege 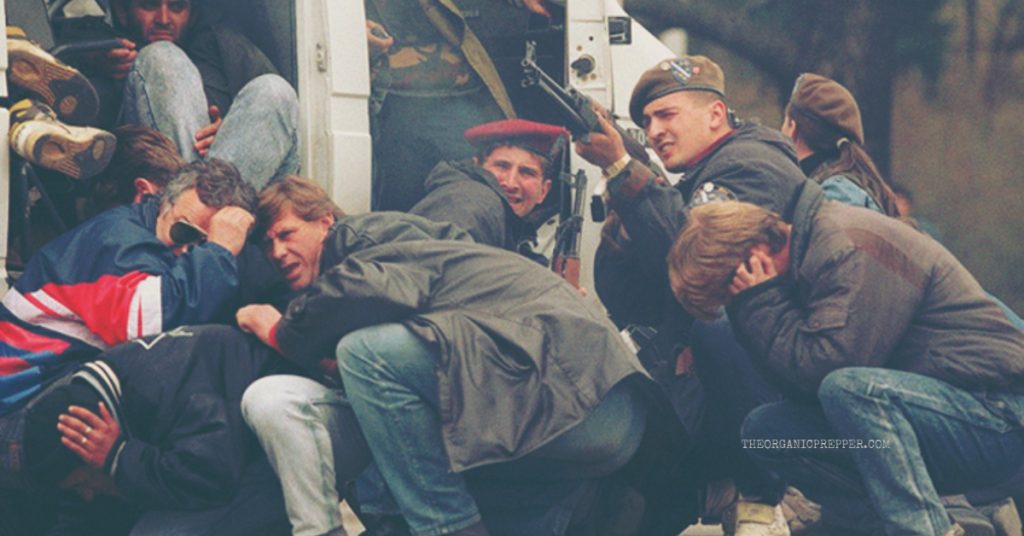 Note: This is an excerpt from Selco’s best-selling book, The Dark Secrets of SHTF Survival. To read more of this sobering reality check, you can get it in paperback here.

When the SHTF, there might not be army outside shooting at you, but there might be gangs who prey on you to get your supplies. Being under siege feels like someone takes the ground away you walked on.

Nothing is like it was before. When you defend your home, you need to have a mindset change. Home is not a cozy secure place anymore. Home is the place you chose to defend yourself and loved ones. You will feel very different about the place you used as a defensive base forever.

To stay protected or to try to protect against firing and shelling required some skill, knowledge and in a lot of the times good luck.

The violence was shocking.

I can say that in the beginning, people acted very brave. But on the other side that was not courage, it was more like a lack of knowledge of how easily a man can be killed. People went out like kids with water pistols only that getting wet might be own blood or blood of friend on you.

I watched few times a man attacking another guy who is hiding behind some cover. The attacker is just running towards the guy behind cover and constantly shooting. The other guy behind cover just leans forward for a second, gets the timing right, and kills the foolish attacker.

When you have a bunch of civilians with a lot of weapons, some strange situations can occur. Remember I am talking about civilians. Most of them did not know too much about war, fighting, tactics, and everything else.

We did not have some smart philosophy of street fighting, especially not in the beginning. But as time goes by, some of the obvious things get figured out or learned if you like.

If somebody wanted to attack someone who is inside a house, the most usual way was to use RPG or hand grenades on some of the openings to shock people inside and create some shrapnel flying around.

Quite often, guys used human shields to get to the house. A lot of people got killed because they thought it was not OK to kill some poor prisoner in order to defend the house.

Imagine that three bad guys come towards you and they push two older women in front of them. Terrible situations. And after some time, most shot at everything that looked suspicious… no matter what.

Most of the fighting in the city was like shoot and hide, fight while moving. It was like fighting with shadows, they are everywhere, and each shadow can kill you. You often fight people who you do not even see good, so to walk or run lightly was the key.

Often you do not see the enemy and shoot at whatever. Sounds bad but in a lot of the situations very good thing was to shoot at anything that looks even close to suspicious, and in most of the situations, not even stop later to check.

You never know how well you hit. Just grab your stuff and move.

I remember that. Always on the run.

Fear was one of the greatest allies of fighting, so if one of the groups wanted to kill or expel another group from some street, position or building, the usual method was to talk to them for hours over the megaphone device.

Maybe from this perspective looks ridiculous but if you listen for hours or days for one and same story how you are gonna be treated good if you surrender yourself, after some time a lot of folks are gonna start to believe in that.

Or in another case, you may listen for an hour what that guy gonna do to your family and you if you do not surrender yourself.

It’s hard to imagine how wrong things can be.

After watching a video of Syria and the people there, some memories came back. Some dark memories that usually hide deep inside of me. Not easy to get to them. But this is one that came back.

My friend got caught with his buddy in one house, actually, two of them are left something like behind enemy lines, in the basement of a destroyed house. An enemy group, some 150-200 men were doing a sweep through that street, robbing and killing civilians who had not had time to run. He said to me that they spend two days in the basement, covered with all kind of junk, watching outside through small opening. A few meters from opening was a corpse of a little girl, maybe 10 years old.

In order to see if somebody was coming to their basement, one of them needed to be constantly at that small opening, watching. He said he managed to watch the atrocities that those people did to civilians and somehow push that deep inside his brain, over time, to put these memories away. But to stare at a dead kid all that time, with her eyes wide open and her blond hair, he almost lost his mind.

One of them had a pistol and a few bullets, other one had a rifle, 30 bullets and a homemade grenade (made from unexploded tank grenade).

They make an agreement that if they see the enemy is coming to the basement, they gonna fire everything and blow themselves with that grenade. Nobody came into their basement, though. A burned house was not interesting for other guys. After two days, the enemy group just pulled back.

They survived the war, both of them. One of them became a drug addict, lived very fast for a few years, and died from an overdose.

The other man is still my friend. He is in his mid-40s, prepared, armed, strong, skilled. He has two kids, a boy and a girl, teenagers. Both of them know how to shoot, and how to defend themselves. Everyone handles it differently.

The reality is different from anything you can read.

I can only write stories here. The reality is a whole different thing. Once things turn ugly, some things can feel so wrong they cannot be understood or processed with a normal mind.

Actually, there is no way to deal with that.

Sometimes with friends, we can speak about these things. Sometimes we laugh. Other times some of my friends are quiet for days. I have periods like that too.

I think none one of us is dealing too good with that, maybe pushing it away from time to time, I have, for example, some periods when I am too aggressive, easy to explode. It happens rarely now, but I still have those times.

I hope we all never have to go through this again. But if the time comes, I’m ready and you should be too. 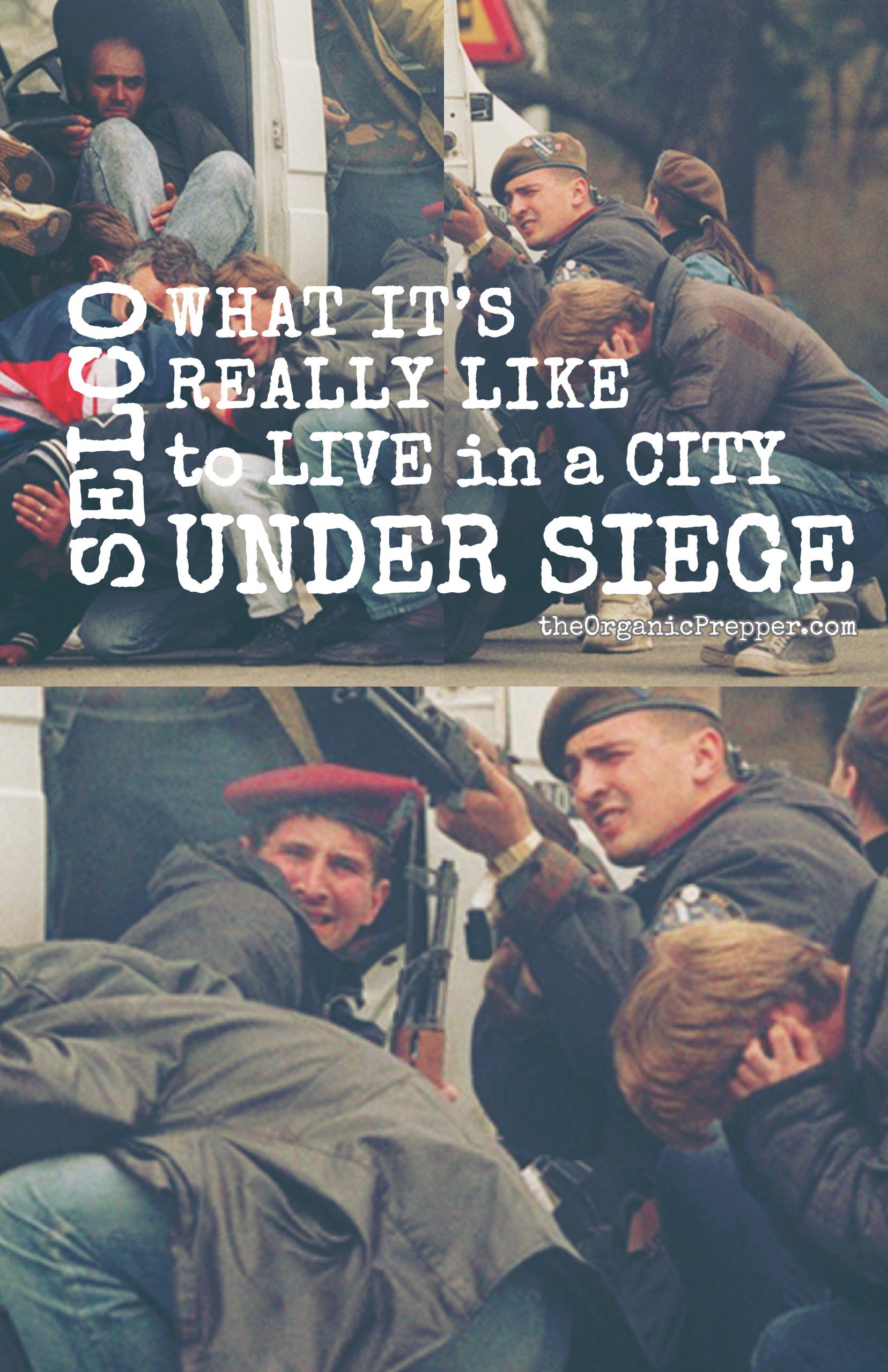