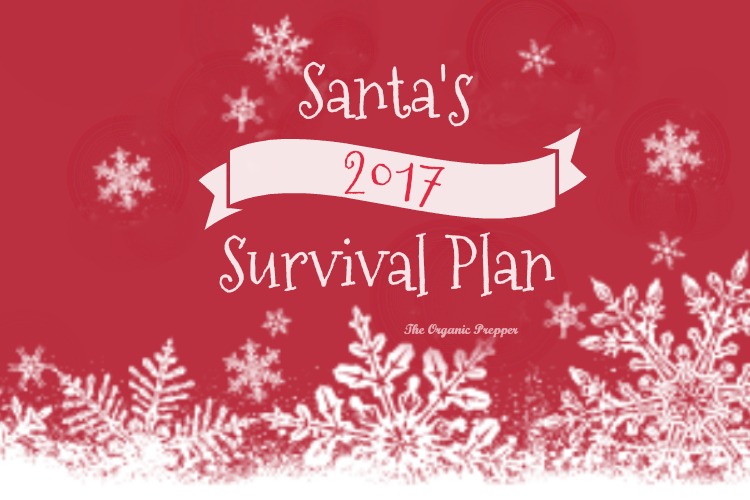 I know it’s Christmas and you probably have a million things to do (I do too!) but I HAVE to tell you about this crazy little guy who showed up at my door today.

He was short, about 4 feet tall.

He also had weird shoes that curled at the toe.

And even stranger, he had pointy ears.

I asked him who he was and he said he was a messenger from Santa! Whoa….

Apparently, Santa is getting concerned about the economic situation, and he was wondering how he might survive if things continue to go downhill. After all, he still wants to be able to deliver toys, but if he goes big, round belly-up over the course of the year, then he won’t be able to fulfill the wishes of children next Christmas.

So he wanted my advice on surviving 2017.

Can you believe that? I’ve hit the big time if Santa is asking my advice.

So here’s what I told this messenger to tell Santa:

I told the messenger to tell Santa to get those elves to start building things themselves instead of buying consumer merchandise, just like they did back in the good old days.

Maybe they’ll need to share rooms instead of everyone having a grand space all to themselves.

Santa needs to pare down his monthly expenses in 2017 and get the cost of living to an all-time low up there in the North Pole. That way, if less money is coming in, they’ll still be fine.

This book can really help Santa cut his expenses.

2. Start building (or increasing) your stockpile.

If you haven’t started putting back supplies for an emergency, it’s time to get with it. Every week, add some shelf-stable foods to your cart. Order some emergency buckets each month. You have a lot of elves to feed, and if you don’t want to see them go hungry when the economy goes tumbling over the cliff, start now to put back food for a long term emergency.

And don’t go writing holiday carols about it, either. No one needs to know that you have a year’s supply of freeze-dried stashed away in your pantry up there at the North Pole or they’ll say, “I’m coming to Santa’s house when it hits the fan.”

This book can help you build your pantry on a budget.

This goes hand-in-hand with #1.  If you get rid of debt, you’ve automatically made a giant step toward reducing your monthly expenses. Tell Santa he’s not alone – lots of people have put things on plastic and regretted it later.

If he’s deeply in debt, he could learn about the snowball method of repaying debt. Snowballs would be right up Santa’s alley, anyway!

Instead of hitching up the reindeer team for every little, I told the messenger to tell Santa to get his big heinie outside and walk through the snow. Don’t wait for the spring. Disasters that require one to exert physical energy don’t wait for good weather to happen. In fact, they usually happen in the worst weather possible.

Toughen up, big guy. Go for a walk every day, no matter what. Start off gently and add some time. You don’t want to be one of those preppers with plans to bug out over the mountains who collapses with a heart attack halfway up.

This book can help you get started with a walking program even if you haven’t walked further than the kitchen in years.

This free 2017 Prepper’s Planner can help you keep track of all the prepping you should be doing. And you even get regular emails of support with tips, budget friendly suggestions, and links to resources on a regular basis.

This is the plan I have to help get Santa prepped. Maybe you can see a few places where your own survival plan needs some adjustment, too.

Have a GREAT holiday season. Enjoy this time and start planning for the most prepped year ever.