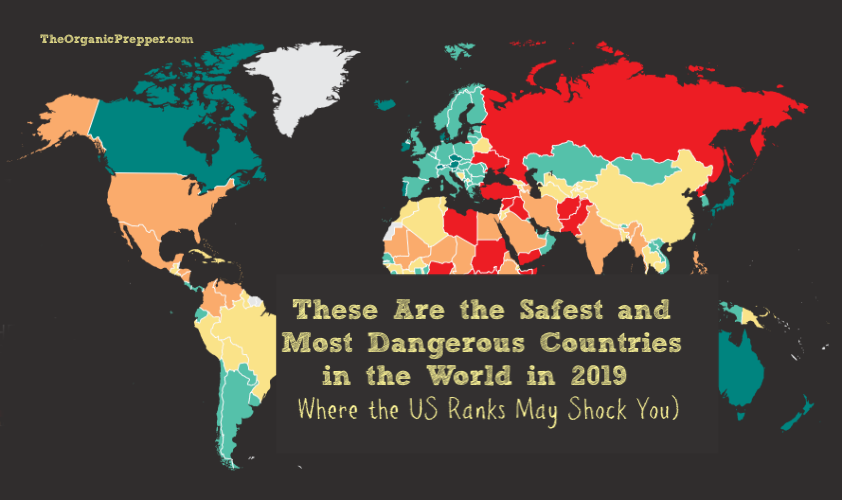 Did you ever wonder which countries are the safest (and the most dangerous) in the world? The Global Peace Index ranks the safety of every nation. Here’s how they calculate the rankings:

In assessing peacefulness, the GPI investigates the extent to which countries are involved in ongoing domestic and international conflicts. It also seeks to evaluate the level of harmony or discord within a nation; ten indicators broadly assess what might be described as a safety and security in society. The assertion is that low crime rates, minimal incidences of terrorist acts and violent demonstrations, harmonious relations with neighboring countries, a stable political scene and a small proportion of the population being internally displaced or refugees can be suggestive of peacefulness.

In 2017, 23 indicators were used to establish each country’s peacefulness score. The indicators were originally selected with the assistance of an expert panel in 2007 and are reviewed by the expert panel on an annual basis. The scores for each indicator are normalized on a scale of 1–5, whereby qualitative indicators are banded into five groupings and quantitative ones are scored from 1–5, to the third decimal point. (source)

You can find the 23 indicators on this chart.

Here are the rankings of all the countries.

Iceland is the safest country in the world.

The safest and most peaceful country in the world is Iceland.

Iceland has ranked number one for more than a decade, mainly because it shares no borders with another country. And for those of us who love guns will be pleased to know that a third of the Icelandic population owns firearms.

The 25 safest countries in the world

Where are the safest countries in the world? According to the Global Peace Index, these are the top 25.

The United States ranks a staggering 128th out of 163 countries, down four places from last year’s still terrible ranking of 124. Considering we have five of the world’s most violent cities, this may not surprise everyone.

The most dangerous countries in the world

There are also places you should not go if you are looking for safety. According to the Global Peace Index, these are the most dangerous countries in the world.

And the most dangerous country in the world is Afghanistan.

These countries would be the safest in the event of WWIII

What if you were traveling when World War III broke out? If you needed to flee with your family in the event of war, where you should go would depend on where you were when the fighting broke out.

Of course, being admitted to those countries in the midst of war could prove difficult. It might be a good time to have something to trade with the folks at the border.

Were you surprised by the rankings?

Were you surprised by the rankings in any way? Did you expect the United States to be more peaceful? Share your thoughts in the comments below. 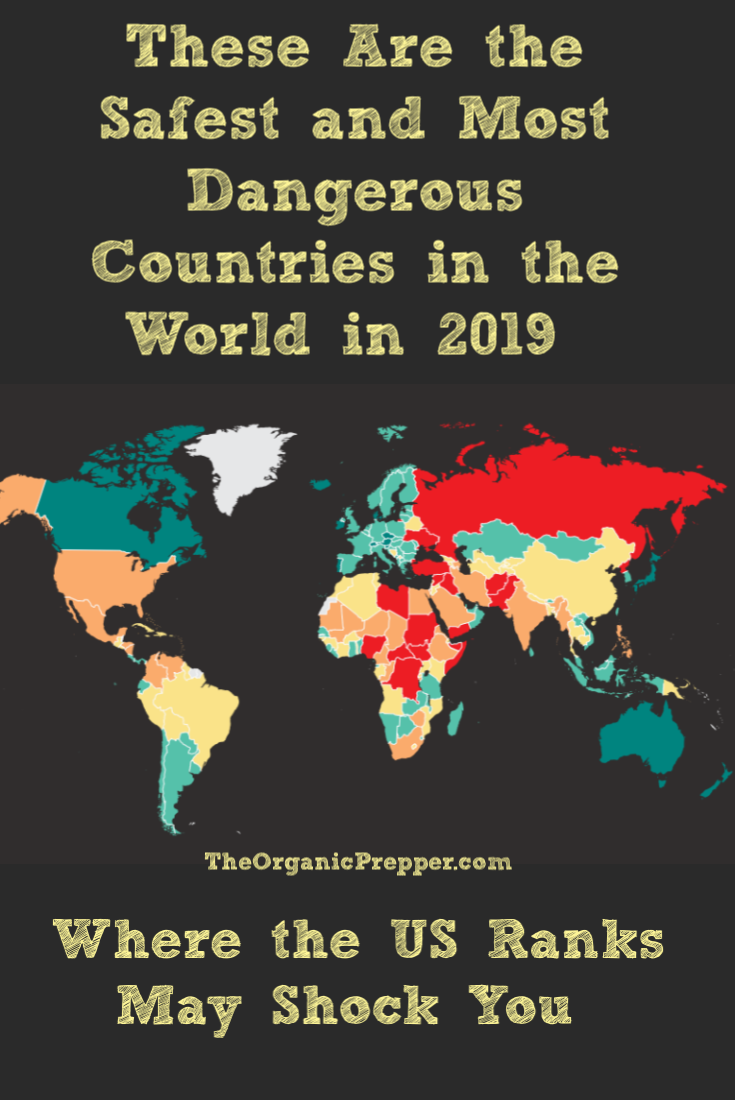