FORGET THE LISTS: Selco’s Guide to What You Should REALLY Store for Trade and Barter 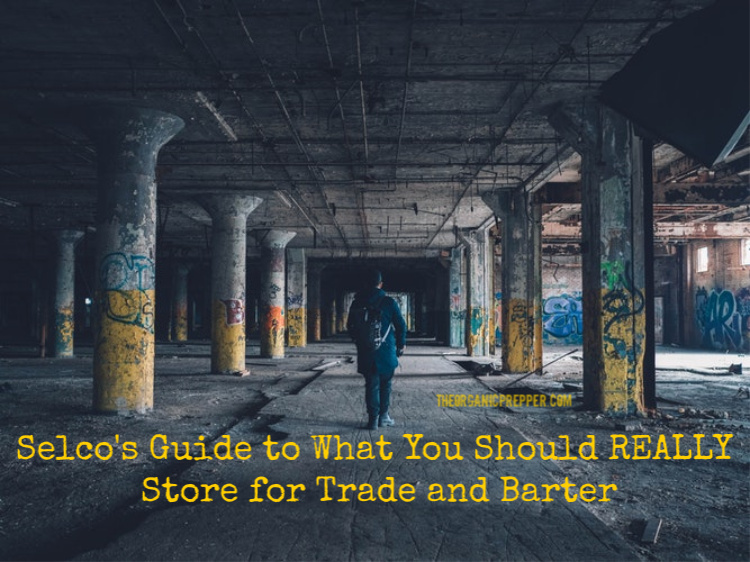 Editor’s Note: We’ve all seen checklists all over the internet of “supplies to hoard” for when the SHTF, and things that the stores will run out of, and lists of items that you should store to set yourself up in a nice little black market post-apocalyptic business. But…a guy who’s actually been through SHTF has a completely different philosophy. Based on his experiences in the Balkan War, Selco doesn’t have much use for those lists. In this article, he sheds light on what you should REALLY store for trade and barter purposes. ~ Daisy

Discussions about trade and usage of trade are great because sooner or later when SHTF, you’ll find yourself in a situation to be involved in a trade.

Now this sentence above sounds great and you may think: “OK, let’s just store a whole bunch of items for trade”.

So it is not about what is gonna be gone when SHTF when it comes to trade. It is much more about what makes sense to have stored for trade.

But since the whole trade topic got pretty much “hijacked” from the fiction industry, there are a lot of myths there, so let’s start from some common sense ideas first.

When you should trade during SHTF?

The answer is pretty weird and paradoxical.

The answer is that you should not trade, or you should avoid trade because the process is dangerous because it involves usually unknown people during a prolonged event where there is no law and order.

In a more serious event, it is one more level up in danger. It is an event where there is no law and order and there are clear signs that law and order are not coming back any time soon.

So, again you are involved in a process where you are holding valuable resources and showing them to another group of people in a time where there is no punishment from the system for the folks who want to shoot you because of those resources.

So it is very simple why trade should be avoided.

Since it is going to be impossible, here is what you are going to do for a start:

You will avoid any trade until you have useful information about what is happening around you (in your city for example).

That means you will try to gather info who is who in the new world around you, who is more dangerous, and who hold what resources for trade.

The first period of SHTF is chaotic

Every SHTF is most chaotic in its first periods when there is no clear idea where are the biggest dangers are coming from, and that period is not really good or safe for going out and looking for someone who can give you antibiotics for your sick kid.

Do not get me wrong. Later periods are going to be maybe even more dangerous when it comes to the level of violence because then people usually realize there is no law coming back. But also usually it will be less chaotic in a way that you will have some kind of idea who is really dangerous, who is good for trade and who is not, who holds resources, where is the guy who own black market deals, etc.

And the solution of how to avoid trade in that chaotic period of no real information is simple – by good prepping.

For me, the point of having preps at home is not to survive the whole SHTF event. The point is to survive the event up to the moment when you can have a clear clue about what to do next without getting your self over-exposed.

In trade, that may mean simply bugging in and staying low and having enough food, meds, water, and ammo to last until you at least figure where is where and who is who.

If you have stashed for more then that is even better. 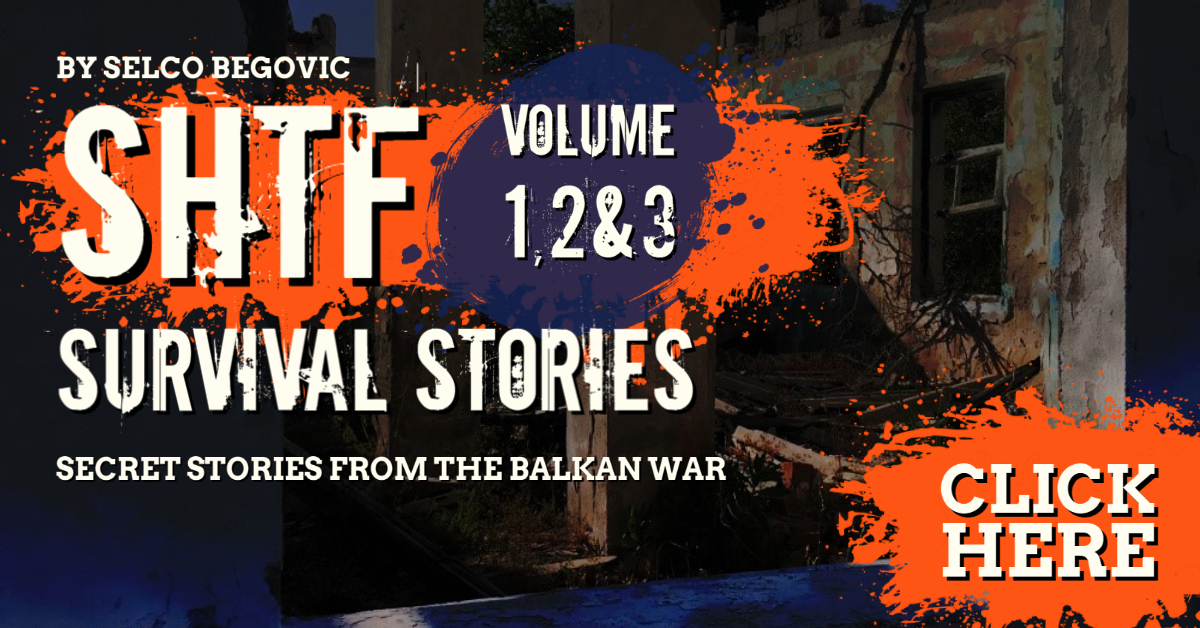 Pressure and misinformation are the biggest enemies of a good trade.

Often on my real courses, I do exercises of trade with students, and out of 5 students, usually, 3 of them fail on trade.

One might be fooled by friendship talk with me and take a pack of cigarettes which was full of small pebbles and pieces of tissues, simply because he trusted me too much.

Another may give up too much information to me because out of the friendly trade, one unknown guy shows up and started to question him, a guy that he did not even spot (and he should have).

In real life, it may be you who is forced to go out in a really dangerous situation because there is no other choice. Your kid simply needs antibiotics very hard and quickly.

You were under pressure, without time to get enough information.

In any kind of event, there are going to be people who will eventually show up and they will control the black market, or the flow of goods in some way in the region.

Sometimes preppers (I see this on courses) prepare in a way that they are going to be those people. They are storing in their houses items strictly planned for the black market. In other words, they plan to own the market, to dictate prices, to “survive and thrive” in a way.

Now, the majority of folks who read my articles and who attend my courses are average people, so my advice there is, “No, you will not own the black market, and no, you will not “survive and thrive.”  Actually, most probably you’ll die soon and not by old age.”

There are organizations today in every region of the world and in every city who already own the market when it comes to stuff like drugs, illegal weapons, and similar.

They are in business for a long time, with great experience in violence, too.

Usually when SHTF, those kinds of organizations will “show up.”  They are here already, we just mostly do not see them. And they will own the black market of things that are in demand like food and meds.

You as an average prepper do not have a chance there.

Not unless we are talking about an organization bigger than the 100 preppers with great skills, weaponry, and brutality too.

You are already at a bit of an advantage here, because you have storage at all since you are a prepper in the first place.

There are some small pieces of advice what to trade in one of the previous interview articles.

Basically, be prepared to trade items that are already stored for your use, with some exceptions. You personally do not need 10,000 disposable lighters, but you could store them for trade because they’re cheap, easy to carry, and easy to store…and the same with condoms, spices, etc.)

But do not forget that you are a prepper, so you are ahead of the rest of folks when it comes to smart prepping and trading so think about the following.

Your own circumstances and surroundings

What would be a really cool mental exercise now is to look around you at your area and think about items that may be really cool and cheap to store. They should be based on your own surroundings so they will have great value when SHTF, and at the same time that not too many people will have the items when the SHTF.

For example, if you are living in a city with a river close, maybe it makes sense to have a whole bunch of small collapsible water canisters because there s gonna be a lot of carrying from that river.

Or think from the point of psychology. If there is a great culture of coffee drinking maybe there is sense in owning big amounts of raw coffee and the means to roast it.

Or if it is a tea-drinking culture, maybe you can have a bunch of appropriate plants in your backyard before everybody else thinks of it.

I can not give you specific advice on what to store. I am projecting things here from my surroundings, but remember you should not go by just a list of “100 Items That Are Gonna Disappear When SHTF” or even worse just big storage full of everything unless you have a huge force to protect it.

What will you store?

What works in your area? With what, in small amounts, can you achieve more? Over in the forum, I’ll be discussing this topic in-depth with you. 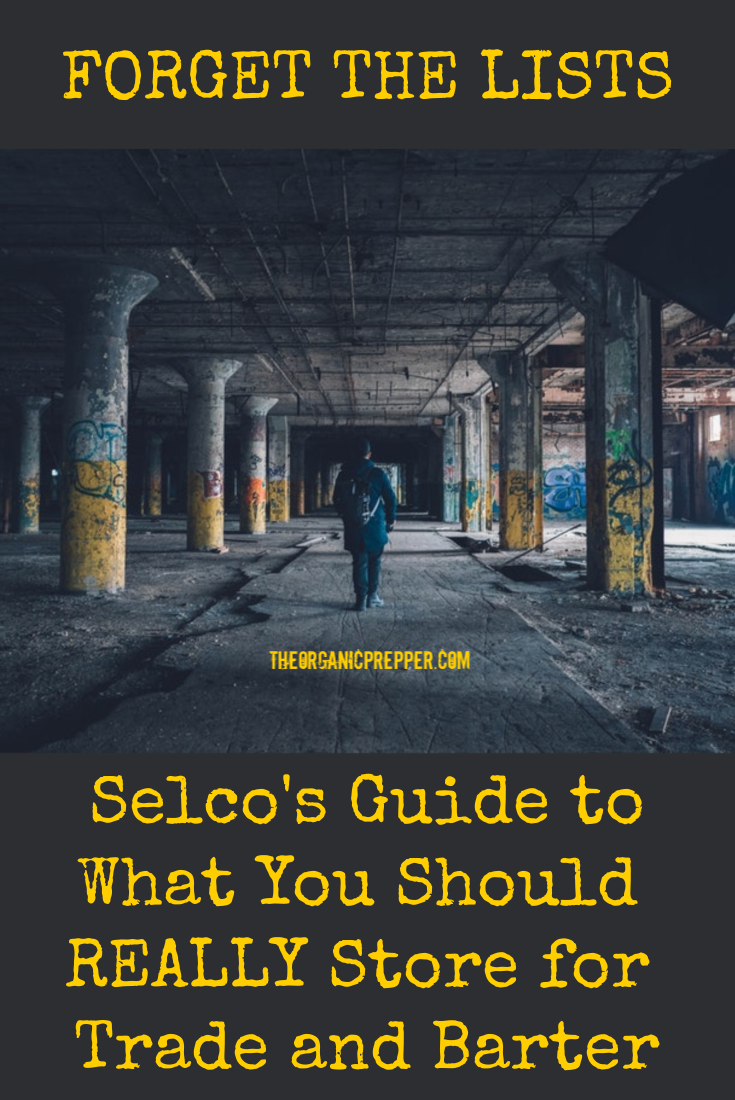